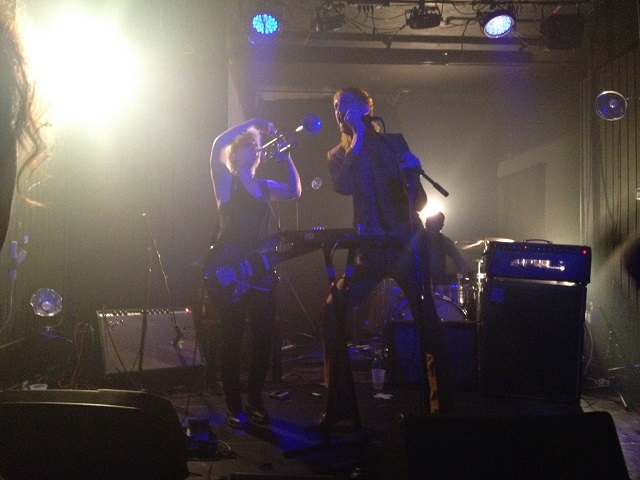 Bootblacks wrapped up their tour with Liste Noire recently at Complex in Glendale, promoting their excellent album Veins (reviewed here). The performance was more stark than the lush record, and felt slightly more industrial, but it was intense and full of dark energy, complemented by the small, black-walled venue and lots of stage lights. Singer/keyboardist Panther MacDonald’s vocals were great, and guitarist Alli Gorman’s use of a trumpet to fill in some of the lead lines was both funny and effective.

Liste Noire is a French-Swedish trio from Berlin with a new album called Brace. Their synths-and-beats set was very danceable, which suits their self-described genre of “disco noir.” The two bands have a lot of fun photos from their tour together on Facebook; you can follow them here and here.

A few more pictures after the jump 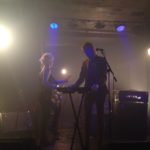 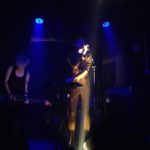 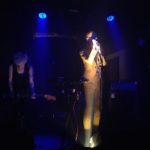 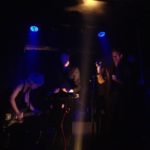 Photos by Simone Snaith for The LA Beat

Simone Snaith writes young adult and fantasy novels, and sings in the band Turning Violet. A fan of scifi, fantasy, the supernatural and most things from the '80s, she enjoys reviewing music, books and movies. You can read about her own books at simonesnaith.com.
View all posts by Simone Snaith →
This entry was posted in Events, Miscellanious, Music and tagged bootblacks, darkwave, goth, indie rock, liste noire, post-punk. Bookmark the permalink.