Music Review: The Residents – “The Ghost of Hope” 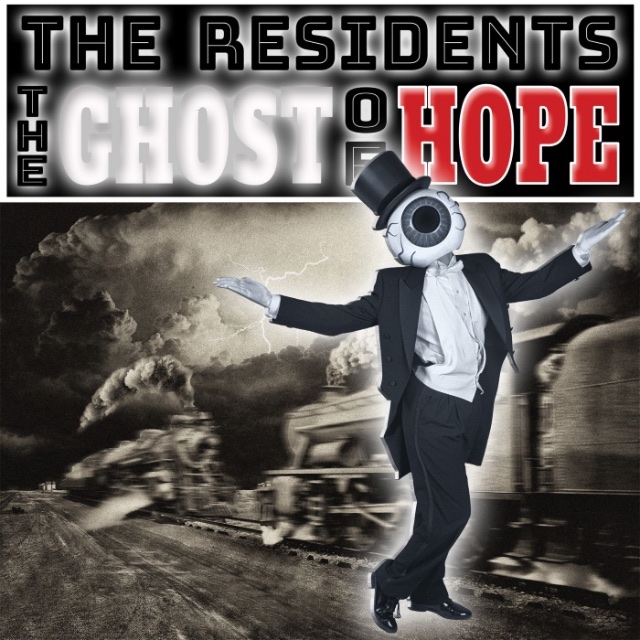 Upon my first listen — and a few subsequent listens, I struggled to grasp what The Residents were offering with their new outing The Ghost of Hope. What exactly was the album’s vision. While I was pulling together the content and the context, I was moved by the disturbing lyrical content’s morbidity and lingering subtle bite. I’m always mindful that there’s a cinematic quality to The Residents’ compositions, a nod to the visual, the engulfing drama and story telling. The Residents didn’t start making music from the dais of pop music, but rather have offered disturbing and off-center commentary from a dark, potentially sordid world that can prove to be unnerving and bleak. The Ghost of Hope follows in that tradition with a series of songs orchestrated with noise, traditional elements of Americana and orchestral soundtracks, set against singing and/or narration with the vernacular and cadence of the 19th century, reminiscent of the Coen Brothers’ take on 19th century language in the movie “True Grit.” The Ghost of Hope contains 7 musical offerings that detail individual train accidents from the 19th/early 20th century, as reported in newspaper articles. 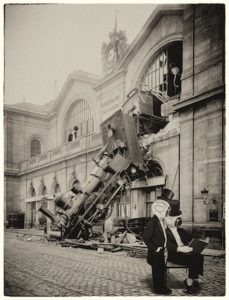 The Residents have always taken a genre-defying approach to music. Part of their sensibilities reflect back to Luigi Russolo, the creator of the concept of “The Art of Noise.” I regard the songs created by The Residents as soundtracks, that at times are misshapen, at times darkly comical stories of minimized and quirky people and odd situations, but are all very much engaging story lines that are interesting to consider. The Ghost of Hope chronicles a train wreck of Buffalo Bill’s Wild West Show in 1901, another in 1918 of a Circus troop decimated in a crash and the burial of part of the troop in a mass grave, and an absurd, but true story of a giant Bull Elephant taking on a train in Indonesia that led to catastrophic results for the train and the death of that elephant. The songs are weird audio novellas loaded with pathos, humor and horror from the 19th century, acquainting the listener with the humanity and tragedies of a bygone era. The Residents’  The Ghost of Hope is a chilling and haunting piece of work portraying a small slice of 19th century life in a literary manner that’s cinematic in scope, and well worth the listen! 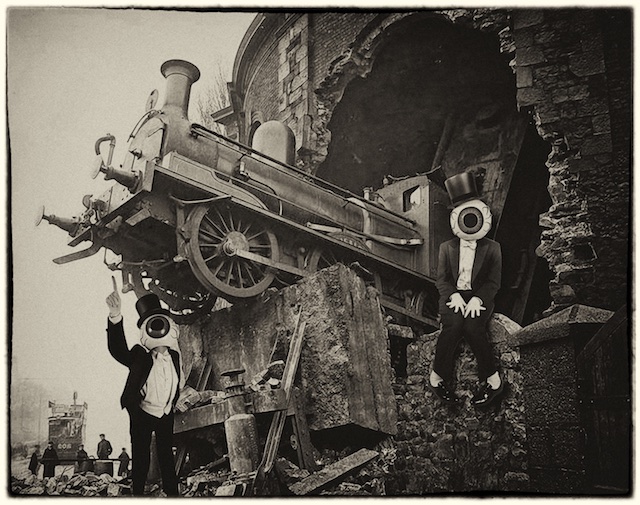 Billy Bennight is a writer, photographer and wardrobe stylist with expertise and years of experience in these disciplines. His musical youth started as a Punk Rocker and has expanded into exploring many genres of music, with an keen interest in art, fashion, photography and writing. He shoots celebrity events and red carpets for The Photo Access and ZUMA Press. He is a member of the Los Angeles Art Association. His images have been published in The Los Angeles Times, People Magazine, Wall Street Journal and Vanity Fair. He's very engaged in life. You can follow him on his Facebook page at: www.facebook.com/billybennightartist and on Instagram and Twitter @billybennight
View all posts by Billy Bennight →
This entry was posted in Music, News & Sports and tagged 19th century, ALternative music, Billy Bennight, Music, music review, Review, The Ghost of Hope, The Residents, Train Wrecks. Bookmark the permalink.