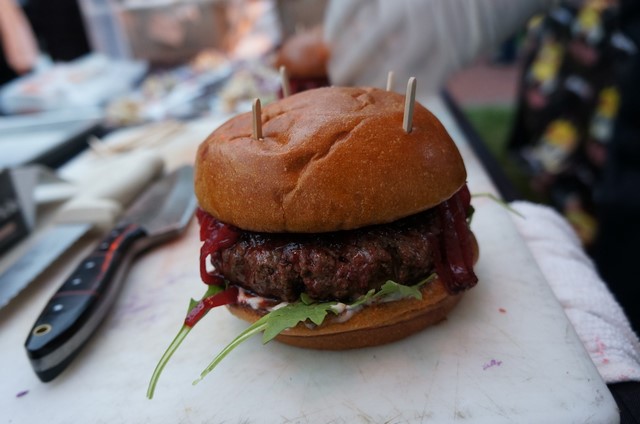 Last Wednesday we were thrilled to attend LA Magazine’s second annual “Burgers, Bourbon and Beer” event. The interior and side patio of the beautiful “Victorian” in anta Monica were replete with Bourbon merchants offering pours. Outside, Angel’s Brewery was set up underneath a large shade tree, while Salt & Straw was mixing Barrel-aged Maple and vanilla milkshakes off to the side. Barbecues filled the large back patio with smoke carrying the mouthwatering aroma of burgers.

The judges, LA Magazine’s restaurant critic, Patric Kuh, LA Magazine food writer, Joe Donatelli, and Eddie Sanchez from Hungry in L.A. were tasked with finding the best burger in LA, or at least the best amongst the ten represented. One of our top burgers was quite possibly the winner of “Best Patty,” Boa Steakhouse. Their French Onion Burger with 40-day dry-aged beef, Gruyere cheese, caramelized onion, and French onion spread exploded in your mouth, releasing drippy, oozy goodness.

And who can resist Cassell’s classic burger, which won the “People’s Choice” award?? Their “Summertime Setup” was made with Fresh ground Aspen ridge chuck and short rib on a Fortuna wheat bun with week’s aged cheddar, and house mayo, served with Kennebec fries. Chef Christian Page  has proven it’s not just the crossfire burner that makes Cassell’s burgers great. Chef Elia Aboumrad was also working the booth, and looked surprised when I complimented her banana cream pie, which is served at Cassell’s. Seriously, can we talk about the lack of pie at this event? Burgers, Bourbon, Beer + Pie!

We are also always happy to see Grill ’em All. Although their burger didn’t have a silly rockstar reference as they often do, the barbecuing of the patty showed serious skill. The red onion confit didn’t hurt either. The Malibu Café’s burger made with Grass-fed beef (New York and rib-eye), and 72-hour short ribs, topped with Fontina cheese and pickled red onion and Pono’s Kuawa Crunch with an Eel River ranch organic beef with week’s cheddar, russet potato chips, lettuce, coleslaw, and spicy guava rum sauce suffered from the abundance of burgers. By the time I tried them my palate was a little burger weary.

LA Magazine’s “Best Burger in LA” was from Cannibal in Culver City. Their 60-day dry aged beef was topped with Stilton bleu cheese, and harissa mayo. The burger was good, in spite of my aversion to bleu cheese, but that kept it out of the finals for me.

The burger we ended up voting for was The Roof on Wilshire. That’s not just because I adore chefs Eric Greenspan and Josh, although Josh’s smile does add a few points. It was mainly because of the “cheese skirt” that surrounds the patty. It is similar to a Parmesan tulle, with a lovely crunchy chewy texture. The only other place I have ever seen the cheese skirt is at Squeeze In in Sacramento. Chef Greenspan also dressed the burger with A-1 aioli and an onion pickle marmalade

I’m not big on the brown spirits, so luckily The Offalo was willing to weigh in on the bourbons:

Most, if not all of the spirits purveyors were also participants in LA Magazine’s recent Whiskey Festival. Japanese whiskey and Scotch were represented, but the focus was on American whiskeys, particularly bourbons, naturally.

Maker’s Mark poured its Maker’s 46, aged longer with scorched oak posts inserted into the barrels. This made for a more complex and interesting tasting bourbon, while still being relatively easy drinking like the standard Maker’s Mark.

Michter’s was pouring its small batch bourbon and rye, but more interesting offering was its American Whiskey, which, instead of using new oak barrels, was aged in used bourbon barrels. Due to the strict guidelines, the results of this modified process could not be labeled a bourbon. The American Whiskey has a much lighter feel on the tongue, with hints of vanilla and wood oak, but did retain the classic flavor characteristics of bourbon.

The Victorian is apparently one of the best sellers of Buffalo Trace, and the bar manager was pouring mini-tastings of the 8 year and 8.5 year aged single barrel bourbons that are kept together for nearly the entire aging process. These barrels were essentially twins, but for the extra 6 month aging for one. It was a simple but effective showcasing of how just that brief amount of time affects the character of the bourbon, due mostly to the seasonal temperature differences. 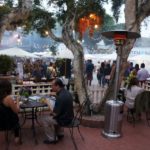 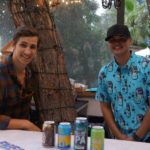 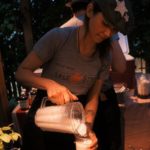 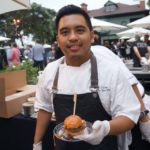 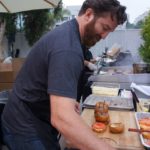 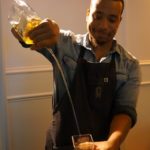 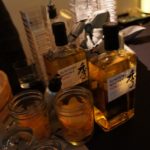 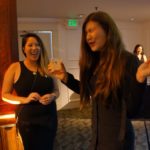 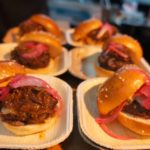 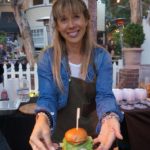 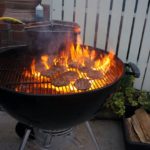 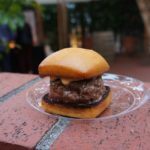 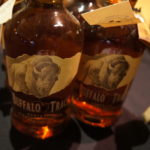 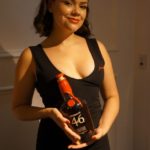 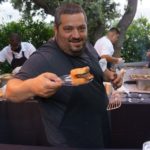 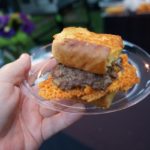 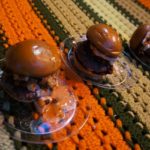 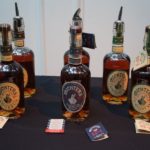 Born and raised in the great city of Los Angeles, this food, culture and music-loving punk rock angeleno wants to turn you on to all that is funky, delicious and weird in the city. While Elise holds down the fort, her adventurous alter ego Kiki Maraschino is known to roam the country in search of catfish.
View all posts by Elise Thompson →
This entry was posted in Cocktails, Beer, Wine & Weed, Food and tagged best burger in LA, best burgers in LA, Boa steakhouse. Bourbon, Buffalo Trace, Cannibal, Chef Eric Greenspan, Grill 'em All, LA Mags Burgers Bourbon + Beer, Los Angeles Magazine event, Maker, Maker's 46, Malibu Cafe, Michter's, Pono's, The Offalo, The Roof on Wilshire, The Victorian in Santa Monica. Bookmark the permalink.