Mabel’s Six Feet Under: Guests Check in — Guests Get Lost 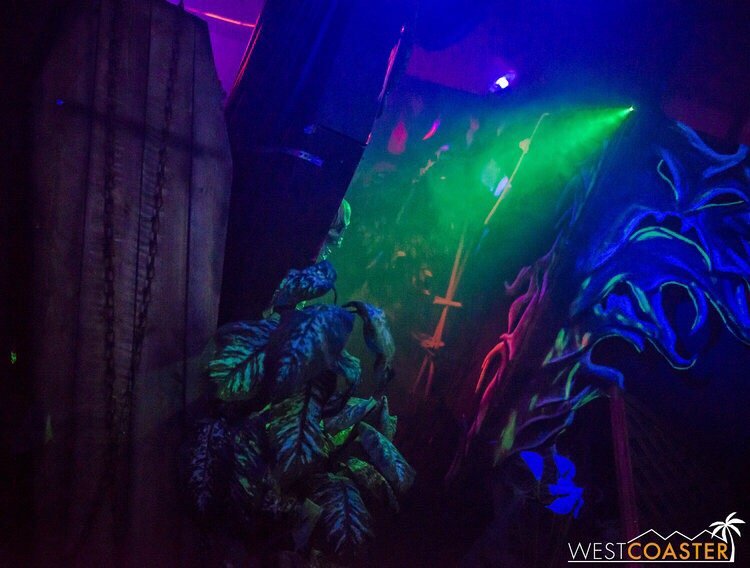 Photos by Carolyn C and Coasterfest 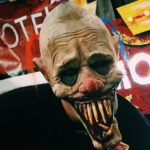 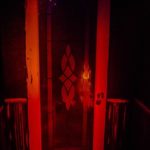 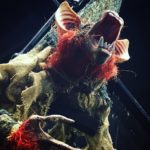 Just as we are heading past the Disney parks, the “chick in da box” (GPS) tells us to turn left and then make a right. And I’m wondering where in the hell is this haunt hiding? Finally we arrive at the Business Expo Center, which looks like a Hilton version of an industrial park, and it becomes clear what Mabel’s Six Feet Under needs. More advertising!

This is not to say they are being cheap. Every nickel spent is in those walls. It would be impossible to see all the details in one pass. It’s also very dark and contains a few secrets that most brave souls don’t catch on to until they’re back in the safety of the parking lot. Oh, wait. Strike that. Not so safe. There are maniac clowns in the parking lot. Some of the best sliding clowns I’ve seen. I only mention more advertising because they deserve all the attention they can get. This is only their second year open and they walked away with about 15 awards for last year’s effort, and that’s very admirable for a stand-alone charity haunt.

There’s only so much I can clue you in to, because photos are not allowed, and we were asked not to reveal the beginning, something else that comes in the middle, or the surprise at the end. Thanks alot. There is a little back story about a child named Mabel who used to live in the motel, and now she dwells there in the afterlife. She wants friends — you in particular, and she will do what she can to make sure you don’t make it out. She almost succeeds.

The main goal of this clever haunt is to keep you lost and turn you around multiple times only to run into a dead end. Sometimes when retracing your steps you will stumble upon some ghost or gargoyle and say, “Wait a minute, that wasn’t here before.” There are quite a few startles that accompany the maze, which seems to go on for a long time. I was frequently dropping “F” bombs and saying to my companion “Did we go through this door or that door last time around?” It’s a family-friendly haunt, but the feeling of being trapped with monsters getting up in your face (No touching though) could be too much for someone 10 or under.

If you are wondering if this haunt is worth the drive from Hollywood or Burbank, I’d say it is, but as long as you are there, see what else is in the area . I’d go to Mabel’s first and then Knott’s or Disneyland afterwards. This is a very unique brand of spook house. One that is not common in So. Cal.

Photos by Carolyn C and Coasterfest

Dukey Flyswatter, (AKA Michael), is a native Angeleno with strong roots in the underground scene since the 70's. He is a screenwriter (Blood Diner, Star Slammer), actor(Surf Nazis Must Die, Betty Page:Dark Angel, etc.), freelance writer. He is best known for his Horror Metal rock group, Haunted Garage, which he founded in the 80's and has now reformed, with him taking his usual role as lyricist and singer.
View all posts by Dukey Flyswatter →
This entry was posted in Attractions, Events, Upcoming Events. Bookmark the permalink.