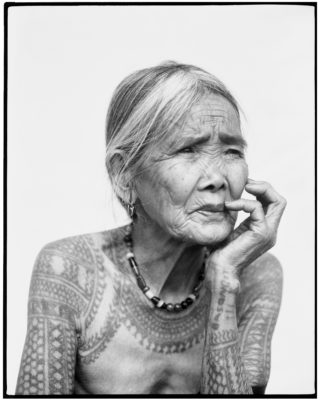 The Natural History Museum of Los Angeles is pleased to host the West Coast debut of ‘Tattoo,” an exhibition exploring 5,000 years of tattoo history, culture and art around the world, including the tattoo cultures of Southern California. The exhibit will run through April 15th of 2018, giving you an entire season to check it out.

The exhibit originated in Paris, created by the musée du quai Branly-Jacques Chirac. The traveling collection consists of over 125 images and objects, including historical artifacts, videos of tattoo ceremonies, interview footage of luminary practitioners, and the technology, tools of the trade and modern-day designs.

NHMLA will “enhance the West Coast incarnation of Tattoo with objects from the museum’s expansive collection, as well as features specific to the rich tattoo cultures of Southern California…” including the tattoos of Sailor Jerry, the tattoo parlors of Long Beach’s infamous Pike, and the contributions of women artists.

Tickets for museum entrance plus the special exhibit are $24.00. They are timed in order to avoid overcrowding. Timed tickets are available online here. Some exhibit content may not be appropriate for small children. Also, in order to show the full breadth of tattoos on the body, this exhibition contains some nudity. NHMLA is open daily 9:30 am to 5 pm.

Museum visitors will also have the opportunity to get a tattoo during the exhibit, selected from a set of six pieces of flash offered by each artist. Appointments are booked up through January, but more dates through the end of April will be released early next year. The non-refundable cost is $250 and includes one tattoo and 2 adult admission tickets to both the Museum and the Tattoo exhibition.

Born and raised in the great city of Los Angeles, this food, culture and music-loving punk rock angeleno wants to turn you on to all that is funky, delicious and weird in the city. While Elise holds down the fort, her adventurous alter ego Kiki Maraschino is known to roam the country in search of catfish.
View all posts by Elise Thompson →
This entry was posted in Art, Attractions. Bookmark the permalink.