‘The Manor: Murder and Madness at Greystone’ – A Trip Back In Time Definitely Worth Taking 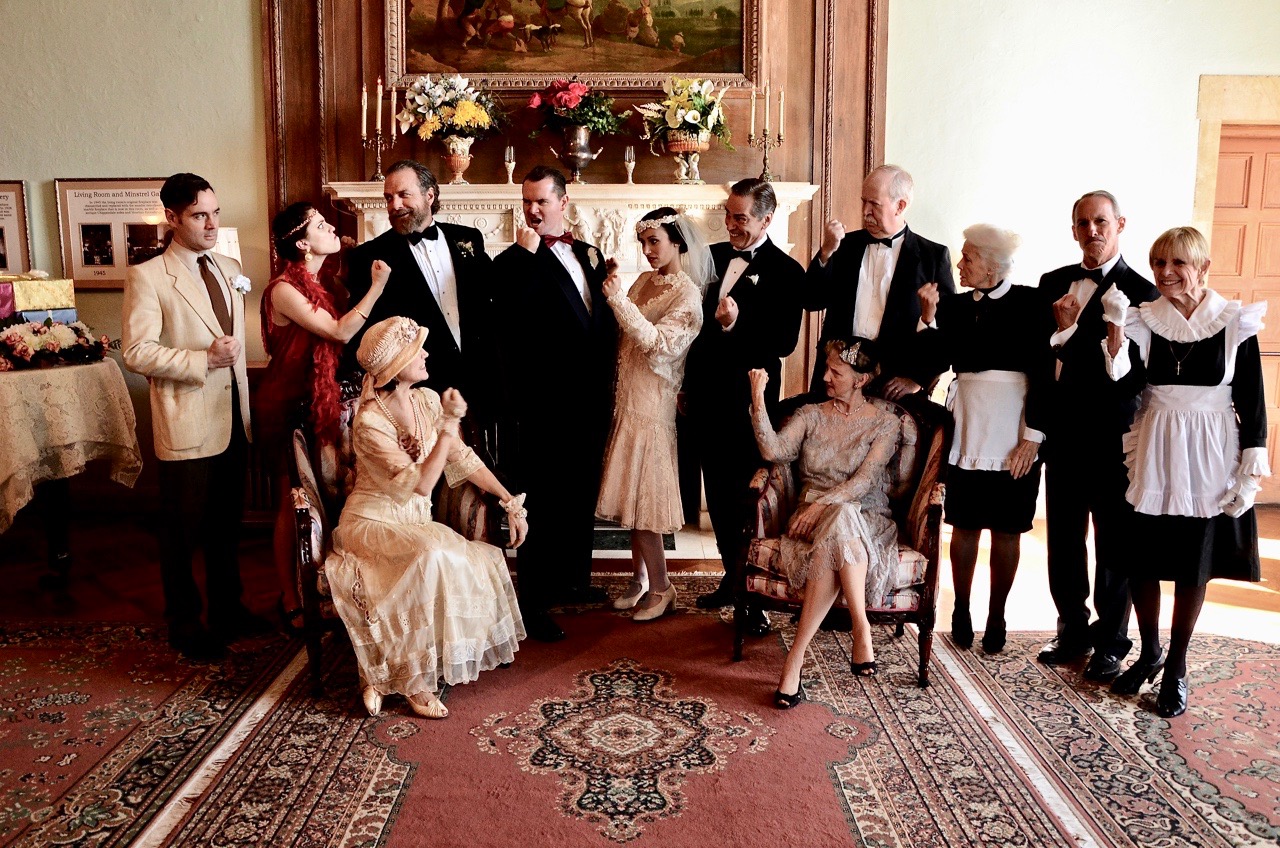 This is the second time I’ve seen The Manor: Murder and Madness at Greystone and it is still an absolutely thrilling, beautifully done play that takes place at the magnificent Greystone Manor in Beverly Hills.

The play is now in its sixteenth year has surpassed its 200th performance in 2014 and it’s obvious why. Everything about it, from the excellent performances by the actors to the gorgeous surroundings and the intriguing story, is just outstanding. The Manor takes place eighty years ago and it’s based on events that actually took place, but the names have been changed to protect the guilty.

During the play, the audience members are led from room to room in the exquisitely restored Greystone Mansion. It’s in these various rooms that the audience is shown different scenes that lead up to the shocking ending, which I won’t give away.

The Manor written by Kathrine Bates and directed by Martin Thompson depicts the momentous changes in the fortunes of the fabulously wealthy MacAlister Family (fictional surrogates of the oil-rich Doheny Family).

The family patriarch and mining tycoon Charles (the excellent Darby Hinton) makes an illegal if well-intentioned loan to Senator Alfred Winston (the perfectly slimy Daniel Leslie) which leads to their disgrace and involvement in the oncoming Teapot Dome Bribery scandal, which will engulf the Warren Harding administration.

Unfortunately, at the performance I attended, Mikel Parraga-Wills (Gregory Pugh) gave a very disconnected, over-the-top performance that continually took me out of the play. Hopefully, he has worked on his performance and has fixed his acting choices which totally did not work. Other than that, this is an incredible theatrical experience which I highly recommend.

Read our other coverage of The Manor.

Joan was born in Brooklyn and spent many years working as an actress in New York City. Even though she traveled extensively, Joan couldn't imagine living anywhere else.. Well one day, she met someone at a party who regaled her with stories about living in L. A. specifically Topanga Canyon. A few weeks later she found herself on an airplane bound for Los Angeles. Joan immediately fell in love with the town and has been living here for the last twenty years and yes, she even made it to Topanga Canyon, where she now resides, surrounded by nature, deer, owls and all kinds of extraordinary alien creatures.. Joan continued acting, but for the last several years (besides reviewing plays and film) she has been writing screenplays. Joan was married to a filmmaker who created the cult classic films, (way before she knew him) Faces of Death. As a result of his huge following, they created a funny movie review show entitled Two Jews on Film, where Joan and her husband, John would review movies and rate them with bagels You can see their reviews by going to youtube.com/twojewsonfilm. Although it's now only one Jew - Joan is occasionally joined by her beautiful Pekingnese and Japanese Chin.
View all posts by Joan Alperin →
This entry was posted in Theater and tagged 'The Manor' at Greystone Manor' Play, Greystone Manor, Murder-Crime-Scandal historical Drama., The Manor: Murder and Madness at Greystone. Bookmark the permalink.