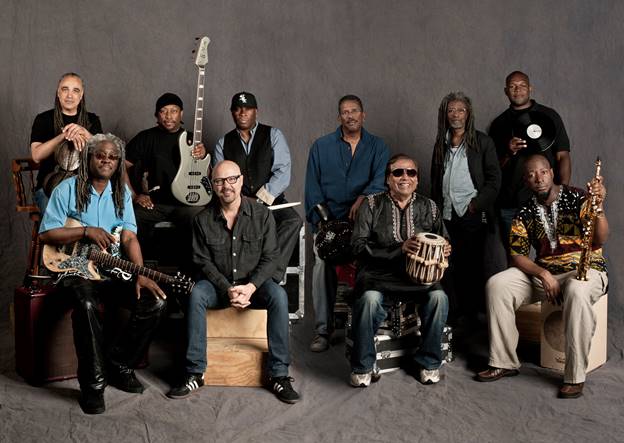 This year is the 40th anniversary of the Playboy Jazz Festival at the Hollywood Bowl and, it so happens that there’s a synergy taking place here as Miles Electric Band will be playing on the Hollywood Bowl stage to honor Miles Davis and this venerable institution on that night.

This synergy between Miles Davis and Playboy happened many years ago when Hugh Hefner put Miles Davis in the magazine as the first Playboy-branded music story, and it’s happening again for the Playboy Jazz Festival 40th anniversary!

The highly eclectic group was put together by Vince Wilburn, Jr. (bandleader/drummer) with the intention to continue expanding the boundaries of music and still pay homage to classics. This is a rotating ensemble of master musicians who will feature Davis’ repertoire from the electric period and will pay homage to The Chief!

Hugh Hefner’s son, Cooper Hefner, will be officiating and leading with remarks honoring his father, who wholeheartedly embraced the art form of jazz, and to pay homage to both legendary figures on the 40th Anniversary of the Playboy Jazz Festival. The evening will feature funky and electric jams from the late 1960s to the ‘80s: including, Bitches Brew and You’re Under Arrest. A special multi-media tribute will take place following Miles Electric Band’s performance to crown this memorable night.

Miles Electric Band will be kicking out the jams at 7 p.m., Friday, June 9, 2018, and tickets are available here.

Billy Bennight is a writer, photographer and wardrobe stylist with expertise and years of experience in these disciplines. His musical youth started as a Punk Rocker and has expanded into exploring many genres of music, with an keen interest in art, fashion, photography and writing. He shoots celebrity events and red carpets for The Photo Access and ZUMA Press. He is a member of the Los Angeles Art Association. His images have been published in The Los Angeles Times, People Magazine, Wall Street Journal and Vanity Fair. He's very engaged in life. You can follow him on his Facebook page at: www.facebook.com/billybennightartist and on Instagram and Twitter @billybennight
View all posts by Billy Bennight →
This entry was posted in Events, Miscellanious, Music, News & Sports, Upcoming Events and tagged 40th Anniversary, Billy Bennight, Bitches Brew, Erin Davis, hollywood bowl, Jazz, Live Music, Los Angeles, miles davis, miles electric band, Music, Playboy Jazz Festival, vince wilburn jr., You're Under Arrest. Bookmark the permalink.