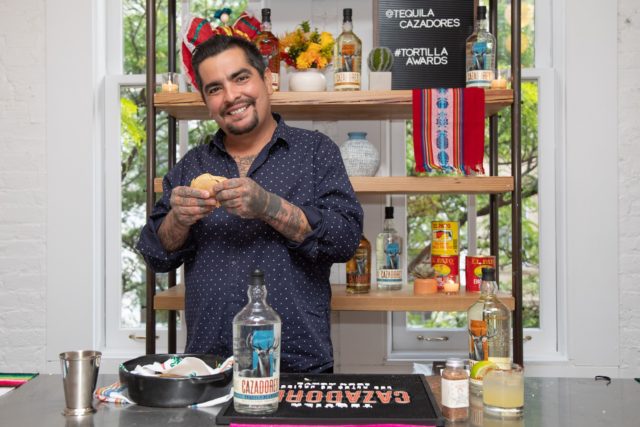 Tonight El Tejano in North Hollywood will host Tequila Cazadores’ 1st Tortilla Awards from 7 p.m. until 10 p.m. World-class chef and television personality Aarón Sanchez will emcee the evening. Contestants will be judged on their tortillas, tacos  and how well the dish pairs with a cocktail. The winner will be crowned the best tortilla maker in the city, and take home the prized Golden Taco trophy. The Tortilla Awards is a nationwide competition, and will be moving on to Chicago and Austin after tonight’s event.

Come cheer on your favorite taqueria while enjoying samples of the tacos and Tequila Cazadores cocktails. There is no entry fee and the competition is open to the public. Guests just need to RSVP here!

Born and raised in the great city of Los Angeles, this food, culture and music-loving punk rock angeleno wants to turn you on to all that is funky, delicious and weird in the city. While Elise holds down the fort, her adventurous alter ego Kiki Maraschino is known to roam the country in search of catfish.
View all posts by Elise Thompson →
This entry was posted in Cocktails, Beer, Wine & Weed, Food, Upcoming Events and tagged Aarón Sanchez, Aqui es Texcoco, El Tejano, Gloria’s Restaurant, La Dios de Moles, La Tostaderia, taqueria, Tequila Cazadores, The MainCourse, The Tortilla Awards. Bookmark the permalink.