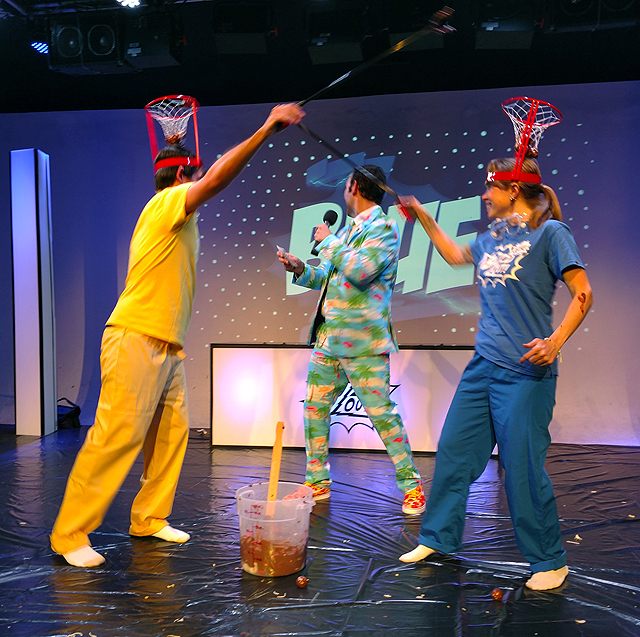 “Buzz’d Out! Live” at the Studio/Stage for the Hollywood Fringe Festival, June 10, 2018. Photo by Monique A. LeBleu

For fans of trivia games, games shows, colorful game show hosts, and perhaps even “splooshing” enthusiasts, “Buzz’d Out! Live!” at the Studio/Stage in Hollywood is definitely for you!

Although a family show, this immersive show is geared towards adult participants who willingly—if not enthusiastically—set themselves up for getting splashed on, dumped out, puddinged and generally “creamed” with an assortment of food and non-food related items in a competition that pits four contestants against each other in a battle of wits, gooey projectiles, and/or other physical challenges.

With just a team of six, headed by co-creators Ben Benjamins and Roe Moore, Buzz’d Out! Live! is loaded with high production value set, props, and video animation, high tech lighting and sound, some well-hidden low tech, along with low brow splashing, sploshing, dumping, and spraying that makes for some pretty awesome high comedy.

Host Benjamins delivers us an energetic and highly entertaining host in his exotic and colorful suits, coupled with a pair of snazzy Nike pizza lace-up Decks, and the rich voice of Bill Mehner as the announcer adds that perfect game show touch.

Co-directed by Roe Moore, with producing team Benjamins, Mehner, Miles Constantine Mathews and Marylee Herrmann, and stage team Peter Newell, Greg Van Holsbeck, and Steven Vlasak, contestants of “Buzz’d Out! Live!” who sign up just before the show are instructed to “buzz in” to answer trivia questions and every show is different, including the challenges, the questions, and the prizes, as well as the contestants. 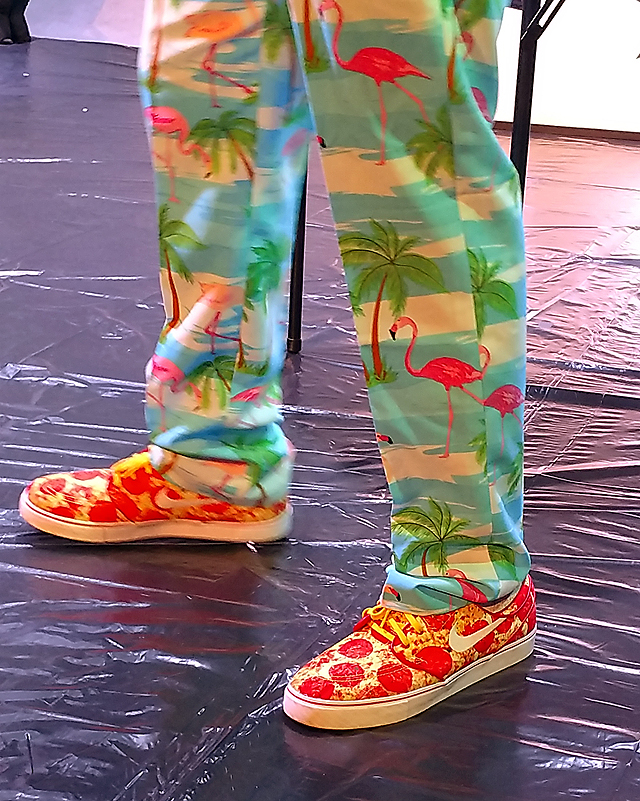 “Buzz’d Out! Live” at the Studio/Stage for the Hollywood Fringe Festival, June 10, 2018. Photo by Monique A. LeBleu

Assisted by stagehands Newell and Van Holsbeck, contestants are subjected to challenges like spraying ping pong balls across a table, dunking be-puddinged ping pong balls in a head net, dipping into vats of gunk to find matching pieces, and other equally fun, messy and gross adventures.

The show combines elements of “HQ, Double Dare, Jeopardy, and Ellen’s Game of Games” and the show “Buzz’d Out!” is currently a television game show produced with Pasadena Media that airs on The Arroyo Channel, and snippets and full shows are mirrored on the YouTube channel as well.

Contestants might leave messy, but they still leave with show t-shirts, prizes, and their dignity. The audience leaves perhaps a little bit smarter and with a smile.

Sharp, polished, and ready for their close-up, this team of ready-for-prime-time players promises to continue on beyond the Fringe, if not onto the television broadcast firmament. And if you didn’t already have a food-related fetish before the show, you just might after. 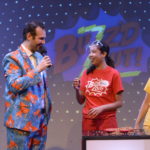 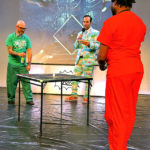 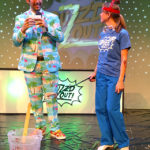 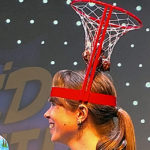 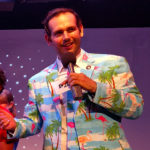