Movie Review: ‘Scotty and the Secret History of Hollywood’ 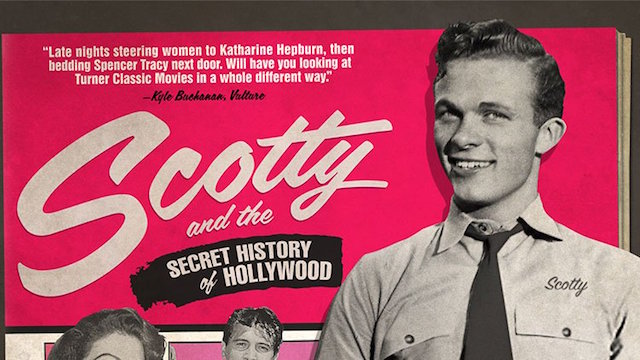 The doc chronicles the sordid escapades of a multitude of Hollywood’s elite, which were facilitated by Bowers, but does so humanely and lovingly. The themes in the film don’t paint the subject matter as lurid or sordid. ”Scotty and the Secret History of Hollywood” precipitates a more jovial perspective of Hollywood’s sexual escapades, shenanigans, and romps, framing them as freedom of expression and a way to find self-fulfillment for those oppressed by the old Hollywood system. 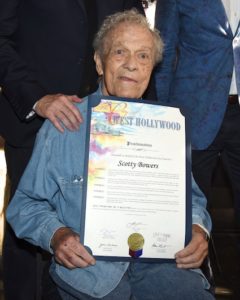 From this point onward, Bowers’ escapades and anecdotes are chronicled in a mostly sequential manner. ”Scotty and the Secret History of Hollywood” has a host of contemporary interviews, both with Scotty and his contemporaries, at least the ones who are still with us. Along with Scotty’s reflections and recollections, the film offers flashbacks through the use of stills, feature film footage and grainy 8/16mm home movie footage to flesh out his story.

Bowers’ first contact was Walter Pidgeon, and from that chance meeting at the Richfield, everything escalated through word of mouth. As Paul Titter said, “Look at how he stumbled into this. He did stumble. The key fact that there was a whole network of folks. There were the set designers, the hairdressers… They were waiting for a guy like Scotty to come along.” Edwin B. Willis and George Cukor were an essential part to Bowers’ acceptance into these circles as he networked and found available talent to fill a desperate need in Hollywood’s underground.

Bowers said he became so busy that he could meet the expectations of his new-found popularity, so he reached out for resources at Crossroads of the World. Richfield gas station at Crossroads of the World was another Hollywood landmark that fit tidily into this doc’s narrative. Crossroads of the World was a place on Sunset where Marines fresh from WWII would hang out waiting for opportunities. The women volunteering to work the phones would connect Bowers with these fresh faces, which he brought into his circle. He put it this way, “I needed help… There’s a place on Sunset called Crossroads of the World. There were women who voluntarily working there taking messages and the guys picked it up. Pretty soon I had about 20 guys hanging around the gas station. These were guys that had just got out of the Marine Corp too. Somebody new would come into the gas station and say “I’d like to take that nice guy to dinner,” and (Scotty would say) “Let’s say you can forget the dinner and you can suck his cock for dinner, and forget the goddamn dinner! Everything was twenty bucks.” Bowers’ entrepreneurial spirit and sexual escapades continued to grow as he was making more and more people happy! 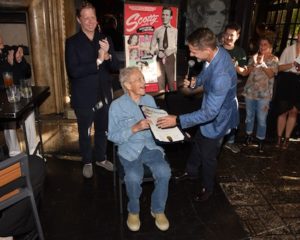 When Scotty was questioned at a book signing about his motivation for revealing these secrets about some of Hollywood’s most iconic entertainers and movies stars, he replied, “A lot of people at this time knew these people – they knew what they were, so it’s not a secret, really. It might be a secret to some square who lives in Illinois, but (not) the people who lived in Hollywood.” He finished his statement when prodded about outing people’s sexual preference in the book by finishing with, “What’s wrong with being gay anyhow?” This gets to the crux of the doc, the ideas of promiscuity, sexual romps or folks sexual preferences. Scotty’s take on it was, “What’s wrong with it?!” Scotty constantly reminds the viewer that people are just being people. And people like fun, enjoying life in its many different form–and in this case, people were living life on their own terms, in a culture that suppressed freedom in these areas.

Scotty was a conduit to personal freedom. Scotty became more than a hustler or a man on the make. He became involved with all these people, he was trusted and even loved. They were his friends, and he became an intimate and foundational member to the community he served and participated in. He was friends with all of these people and never revealed their secrets, while they were alive. But now that they all are dead, Scotty has seen fit to reveal these remarkable tales to humanize them and unveil the real lives of these creatives for all to see, in order to understand and empathize with them as human beings.

Bowers is a living marvel at 95, and still vital for his age. Anyone who loves dish or is fascinated with anything old Hollywood will find this doc a treasure and a real insight into how people lived during those fascinating years between the end of WWII and the beginning of the AIDS epidemic. Most people will find ”Scotty and the Secret History of Hollywood” revelatory and enlightening. This nonagenarian, Scotty Bowers, has a big story to tell, and you’ll be surprised by his lucidity, frankness and audacious take on life–and a life well lived! 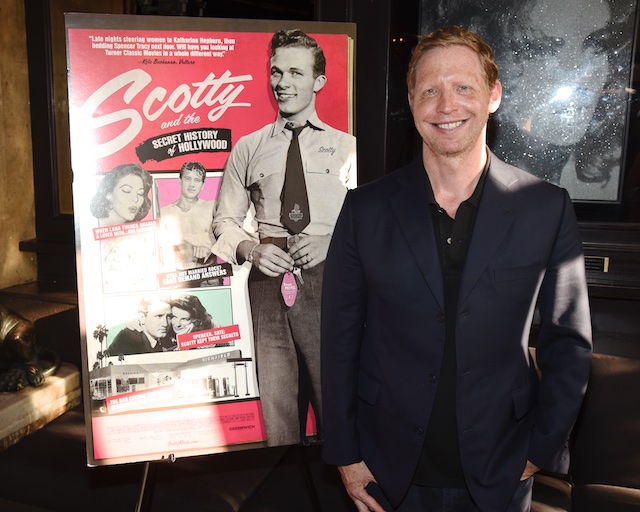 Billy Bennight is a writer, photographer and wardrobe stylist with expertise and years of experience in these disciplines. His musical youth started as a Punk Rocker and has expanded into exploring many genres of music, with an keen interest in art, fashion, photography and writing. He shoots celebrity events and red carpets for The Photo Access and ZUMA Press. He is a member of the Los Angeles Art Association. His images have been published in The Los Angeles Times, People Magazine, Wall Street Journal and Vanity Fair. He's very engaged in life. You can follow him on his Facebook page at: www.facebook.com/billybennightartist and on Instagram and Twitter @billybennight
View all posts by Billy Bennight →
This entry was posted in Movies and tagged Billy Bennight, Bisexual, Crossroads of the World, Edwin B. Willis, Entertainment Icon, Full Service, gay, George Cukor, Hollywood babylon, Hollywood Elite, Hollywood Lifestyle, Hollywood Royalty, Hollywood Secret, Kenneth Anger, Legendary Movie Stars, LGBTQ, Movie Stars, movies, party, Scotty Bowers, Secret Sex, sex, Sex Parties, sexual encounters, west hollywood, Word War II. Bookmark the permalink.