LA Food and Wine Best in Show: The Bear and Star

Posted on September 5, 2018 by Elise Thompson 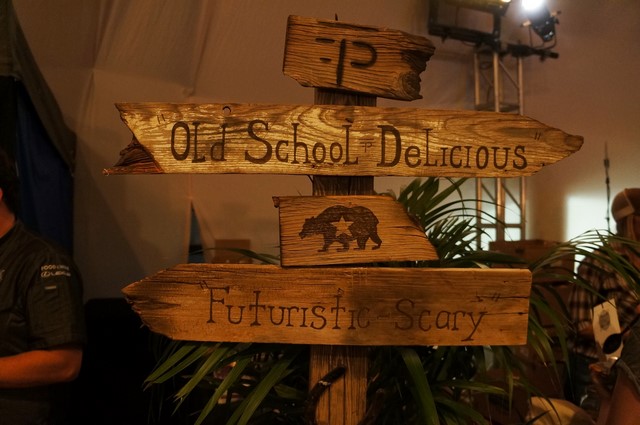 Bear and Star. Make your choice! All photos by Elise Thompson for The LA Beat. 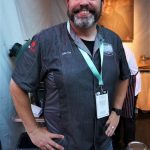 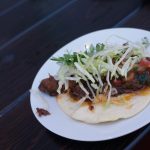 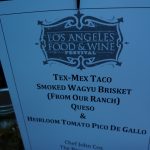 The Bear and Star restaurant from Los Olivos owned the tasting events at this year’s LAFW. Located at the Fess Parker Wine Country Inn, the restaurant makes full use of the 14 acre Fess Parker Home Ranch, raising Wagyu cattle, chickens, quail, rabbits, pigs, and bees, and cultivating heirloom and organic fruits and vegetables.

When I tried their Tex-Mex taco at Saturday night’s Heat on the Street, I had no idea what I was getting myself into. The smoked Wagyu brisket was so tender and flavorful, it was as if it came from some magical beast I had never before eaten, like unicorn meat maybe. If you had told me that it was made from babies I would have said, “That’s monstrous!” and then I would have kept eating the taco. They also highlighted the best of their garden with an heirloom tomato pico de gallo.

The animal may not be magical, but it is a legend. Bubba the bull was judged to have the best marbling in an international competition. (How do they do that with a live bull? Take a core sample?) Bubba has sired every single cow on the ranch, making the best beef possible for the Bear and Star chefs. I asked one of the ranchers if the “new cow” theory is true—that bulls won’t mate with the same cow twice, to the point that ranchers have to trade bulls once in a while to give them new cow. I was informed that the “new cow” theory is absolutely not true. Take that, Ashley Judd!

At the Lexus Grand Tasting on Sunday, John Cox had something up his sleeve. His station was decked out with a big wooden sign asking you to pick your poison:

Over at the Old School table, they were serving classic Frito pies served in Frito bags. Of course, they also included that dreamy Wagyu. Each bag was adorned with a single baby vegetable from their farm.

The Futuristic and Scary part of the experience was hidden within a big green tent. Chef John Cox stood at the door, practically giggling. He excitedly asked each group of six diners what they thought might happen, and joshed with them when they all came out grinning and wiping their chins. In order to enter the tent you had to sign a detailed waiver. My favorite part said that I certify that I had been trained for the event.

As you enter the darkened tent and find a spot to stand at the table, you see a chef with oysters in front of her and a tank of little moon jellies off to the side. In front of you is a virtual reality headset. When you put it on, you are instantly transported to the open sea on a boat with Chef John Cox. It was so realistic I turned and asked the virtual chef, “Is this Morro Bay?’ A diver climbs aboard with a fresh catch of oysters, which they start to open and enjoy. They then hand one towards you and the actual chef in the room tells you there is an oyster on your plate to eat. I thought, “How boring! An oyster?” When I tried to pick it up I stuck my fingers in the shell and it slid onto the rock salt bed. Trying to pick it up was like trying to pick up Jell-o, which was really confusing.

They asked if everyone enjoyed their oysters, and then the big reveal—you ate jellyfish!!! I exclaimed, “Oh no! I spilled mine! May I have another?” Because I’m not fond of oysters, but I could go for some jellyfish. The chef was already making me a new one, sloshing the jelly in what was possibly a lime juice mignonette.

It was fantastic! I’m not sure if it was technically “live” but I kind of liked the idea that it was, in a thrill-seeking kind of way. I assume they had already prepped the jellyfish and that the little moon jellies there for show, because cutting stinging tentacles off of squirming tiny jellyfish in the dark is way too thrill-seeking, even for me. Really, I think they should have covered up the jellyfish tank and pulled away the cover with a flourish, like the Iron Chef’s secret ingredient. While reading up on eating jellyfish, I found this great article by none other than John Cox himself. How will he ever top this? 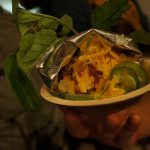 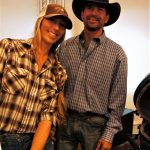 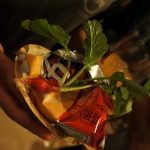 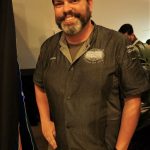 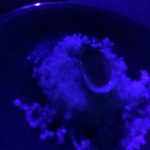 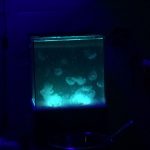 Born and raised in the great city of Los Angeles, this food, culture and music-loving punk rock angeleno wants to turn you on to all that is funky, delicious and weird in the city. While Elise holds down the fort, her adventurous alter ego Kiki Maraschino is known to roam the country in search of catfish.
View all posts by Elise Thompson →
This entry was posted in Miscellanious and tagged Bear and Star, Bubba the Bull, Chef John Cox, Fess Parker Wine Country Inn, John Cox, LA Food and Wine, LAFW, LAFW 2018, Los Olivos, Wagyu. Bookmark the permalink.