Laura Rain and The Caesars Interview: Motown and Blues At The Cinema Bar In Culver City 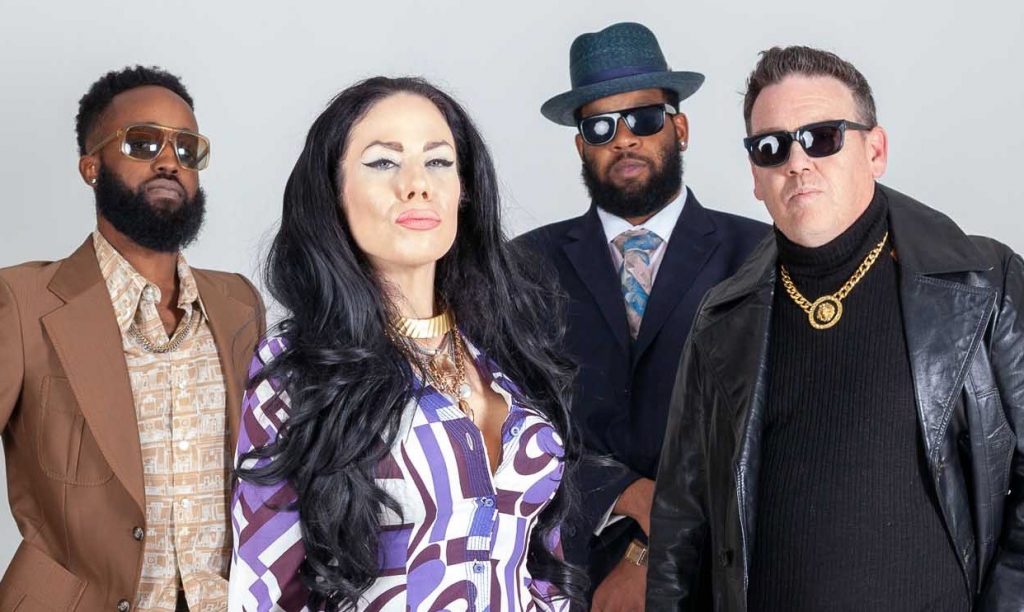 Laura Rain and the Caesars are coming to Los Angeles on Monday November 12. They will be playing at the Cinema Bar in Culver City. Laura Rain has been singing soul and R&B as long as she can remember. Laura didn’t only learn how to sing those genres of music—she was trained also as a classical singer, preforming operatic music and other classical pieces. Born and raised in Detroit, she was heavily influenced by the ‘Detroit Sound’ made popular by locals Aretha Franklin, Stevie Wonder and Marvin Gaye. That sound, popularized in its greatest period as the ‘Motown Sound‘, became popular all across the country.

Laura Rain and the Caesars come to Culver City as part of their Walk With MeTour covering the Midwest, West Coast, Pacific Northwest and Canada. The Walk with MeTour features her popular single Pleasure Zone. Walk With Me is Laura’s fourth album and shows the range she has, from basic blues and R&B to gospel, soul and straight-ahead funky tunes. Laura spoke to the Los Angeles Beat about her music, her tour and her current band. She feels very strongly about bringing her music to media and shows, not only as a singer but as someone who truly likes to get to know her fans.

Q: Has Detroit rhythm and blues always been in your blood?

A: Well I think that whatever it is that is in me has been in me since I was young; always in my blood. I’ve always been drawn to soul music, gospel music, R&B ever since I can remember. It’s indescribable actually—it is a calling!

Q: You are classically trained as a singer. How does that help you with soul and blues?

A: I think that to have exceptional training is always the way to go, regardless of the genre that you choose; because learning how to control your voice and execute your phrasing and your tone and to project your voice is a skill that you’ll have for the rest of your life. It helps in every aspect of my singing. I continue to learn as a musician and I think that the training I received has helped me immensely. 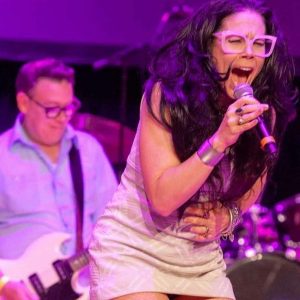 Q: How do you like being back in Los Angeles and playing at the Cinema Bar in Culver City?

A: George has played at the Cinema Bar but I have never performed there, but we have quite a few friends that we’re going to see. It’s always nice—George lived in Long Beach for ten years so he’s got friends all over the place. It will be nice to see all of our friends is all I can say—we have a lot of friends; and in the music business it’s always good to be in your hometown. People really understand what you’re going through and that’s always a good thing. It’s like you have family on the other side of the country. It will be nice!

Q: Who do you consider your main musical influences?

A: There’s a handful I think. Growing up, I was drawn instinctually to music that had a strong backbeat. It pulled me, like I was being pulled on a rope. I’d say my earliest influences range from Aretha Franklin, Buddy Guy, Al Green, Chaka Khan—there’s a huge mix of influences there, but those are the strongest ones that stick out. We had the pleasure of having Buddy Guy join us onstage twice at his club, so that was like a dream come true to have one of your idols perform with you.

Q: How’s your band mesh with your style?

A: I think now, we have two exceptionally strong young players that come out of the gospel circuit in Detroit; and I think that goes very nicely with the style of music that we do.It’s heavy on the soul, funky blues and R&B. Definitely some of the gospel influence too for sure!I think we have a very nice combination of players right now.

We’ve got Jonathan Staten on the drums and Jeff Powe on bass. We’ve got George Friend who is on guitar—he co-writes the songs with me, he arranges for the recordings and engineers the music, drives the van, he does everything!

We’re out on tour for five weeks for our fourth album. We’ve had a little late start with our baby so we’re finishing up our tour here with our fourth album and we’re already busting out some new tunes that we’ll feature on our next release. We’re excited that this is a great tour, so we’re super excited to see all our friends and meet new people. This is great!

Q: You’re electrifying on stage. Do you think live shows are the best way to go?

A:I think now, with everybody watching YouTube and streaming music for free, I think the way to gain fans is through the live shows. Because you’re so inundated with artists, it’s like you have to sit through so much stuff on the internet that you can’t clearly decide. The artist may not just come forward—you may have a barrage of advertising stuff, so definitely the live show is the way to clinch the fans. It’s nice to treat the patrons to a live show. We try to engage every single person, go up to everyone and thank them for coming to the live show because it is so important that we’re on an ‘underground train’ here because live music and indie artists are such a small facet of the music business that every single person you come across is so important, so it really is the only way. I don’t sell my merchandise online, I don’t do any of that because I want people to come to the shows. If they want a CD, if they want a T-shirt, they have to come to the show and meet me in person!

Q: Thanks Laura, we’re looking forward to seeing Laura Rain and the Caesars at the Cinema Bar in Culver City!

Laura Rain and the Caesars will be appearing at the Cinema Bar in Culver City on Saturday, October 20. Opening the show at 9pm will be the Groovy Rednecks. Laura Rain and the Caesars will also be playing in Santa Barbara, with a show presented by the Santa Barbara Blues Society on October 21. They’ll follow that up with two days in Santa Barbara presenting Blues in The Schools. This is a great chance to see Laura, who is certainly one of the best live acts around today. Come and enjoy the show!

Laura Rain and the Caesars

Photos courtesy of LRC Entertainment. All photos by Ingo Rautenberg

Ed is a native of Los Angeles who loves food and food cultures. Whether he's looking for the best ceviche in Colombia, the best poke in Hawaii, the best tequila in Jalisco or the best Taiwanese Beef Roll in Los Angeles, it's all good food! He also loves a good drink. He's had Mai Tais in Hawaii, Bourbon in Kentucky, Tequila in Mexico and Rum in Jamaica. His wine escapades have taken him to Napa, Sonoma, the Willamette Valley and the Santa Ynez Valley. And he's had beer all over the world! Music is another of Ed's passion, writing and interviewing many classic rock, rock and blues musicians. Getting the great stories of road experiences from them is a particular delight. Traveling also fits in with Ed's writing, exploring all over to find the most interesting places to visit, even in out of the way areas.
View all posts by Ed Simon →
This entry was posted in Interviews, Music, Upcoming Events and tagged Blues, Cinema Bar, culver city, Detroit, Laura Rain, Laura Rain and the Caesars, motown. Bookmark the permalink.