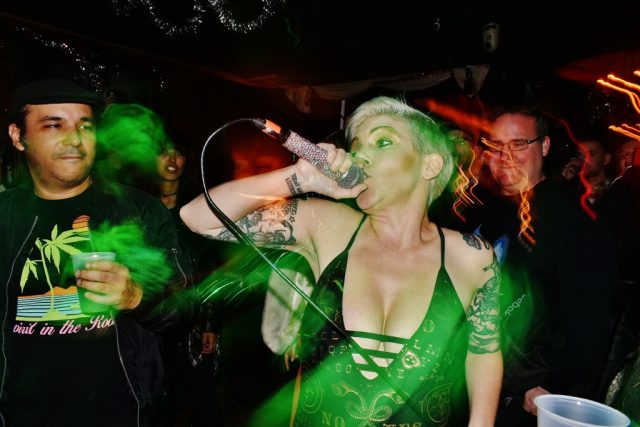 All Photos by Deb Frazin

This New Year’s Eve, Eddie Lopez of “In Fuzz We Trust” threw a kick-ass party at The Redwood Bar in DTLA, and I’m telling you, it was LIT! The place was packed, and the band line-up was solid. Eddie’s band Electric Children (featuring Bill Bateman of The Blasters, and ex-Darts/Brainspoon guitarist Michelle Balderrama) opened the show with a scorching set. This band has never sounded better (the addition of newest member Balderrama has really boosted the band to the next level – that chick is true rock star). Bateman was on fire (as you can clearly hear and see in the video posted below). They have a new album in the works, and I have a feeling it’s gonna make my Top 10 favorite albums of 2019. Can’t wait to hear it!

Next up was Flames of Durga. I’ve seen them a couple of times in the past, and they always put on a great show. Great songs, great performances, solid musicians. If you haven’t seen them, I suggest you check them out the next time they play.

By now, the crowd has enjoyed a few drinks, and everyone was ready to really GO. Well Hung Heart hit the stage, and all hell broke loose! That band tore into their set like a wildfire in Santa Ana winds! Check out the photos in the gallery, and you’ll get an idea of what they’re all about. What a savage band!

After Well Hung Hearts finished their set, I stepped outside to watch the fireworks that was happening across the street at Grand Park (which was unfortunately almost completely blocked by the newest monstrosity in DTLA: the new courthouse). Oh well, we saw a few colorful sparks licking City Hall.

I went back inside to watch Frankie and the Studs, but it was way too crowded to push my way to the front for photos. The crowd was manic – dancing and slamming around, so I just hung back. I’ve seen and photographed them before, so I was cool with just hanging back and listening.

This was the BEST New Years Eve I can remember (right up there with New Year’s Eve at Al’s Bar in 1999). So much fun (and I only had one drink)! In Fuzz We Trust dominated Echo Park Rising this summer, and totally crushed it again on New Year’s Eve! 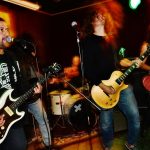 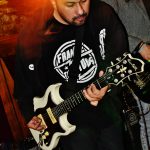 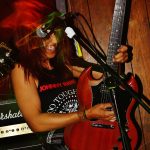 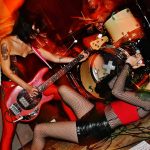 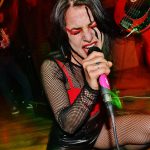 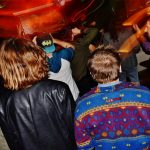 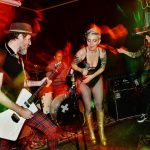 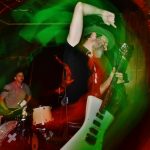 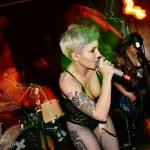 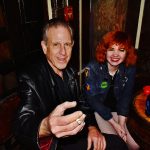 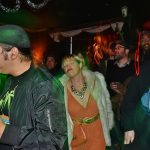 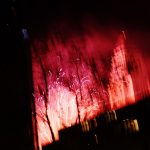 Deb Frazin is a photographer based in Los Angeles with a focus on DTLA street photography and punk rock culture. Her work has been published in photography books, on album covers, and has been featured in numerous publications including The Los Angeles Times. You can find her now in Razorcake.
View all posts by Deb Frazin →
This entry was posted in Music, Photo Essays and tagged band photography, Bill Bateman, deb frazin, deb frazin photography, eddie lopez, Electric children, flames of durga, frankie and the studs, in fuzz we trust, Live Music, new years eve 2018, Redwood Bar, redwood bar and grill, well hung heart. Bookmark the permalink.