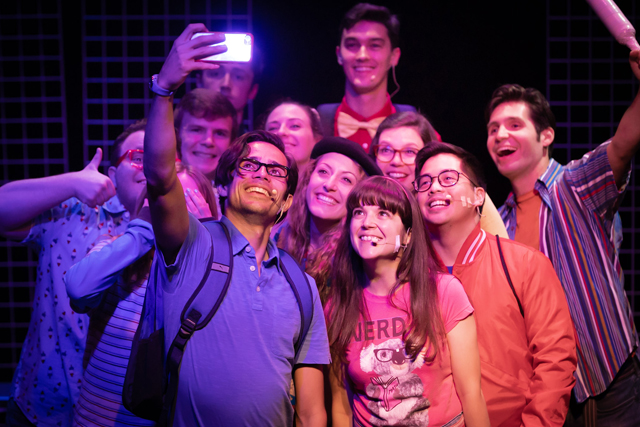 Remember how you felt the first time you performed in, or even saw, your first high school or college musical? Remember that giddy excitement that sent warm shivers down your spine, instilling a feeling that told you this is how it should always be? If for some reason you’ve since lost that passionate feeling about musical theatre, then “The Bully Problem” will resurrect it. It may resurrect some bitter and bittersweet ones about bullying and puberty, as well.

With book, music and lyrics by Michael Gordon Shapiro, “The Bully Problem” so far is my favorite musical to come out of Hollywood Fringe this year. Directed and choreographed by Joanna Syiek, with music direction from Jennifer Lin, the show is very well paced and the cast navigates the generous Broadwater Mainstage space to full potential.

Chock full of tasty toe-tapping songs, dance numbers, and uplifting and inspiring “good feels.” This tremendously talented ensemble cast of “nerds” and “bullies” who, together with a very handy “invention,” teach and encourage how and when to take that stand.

Kevin, played by James Everts, applies for an “elite tech academy” where he feels he will better fit in and find a better escape from the bullies at his school, as well.

“There are no distractions there, no bullies in my hair.” 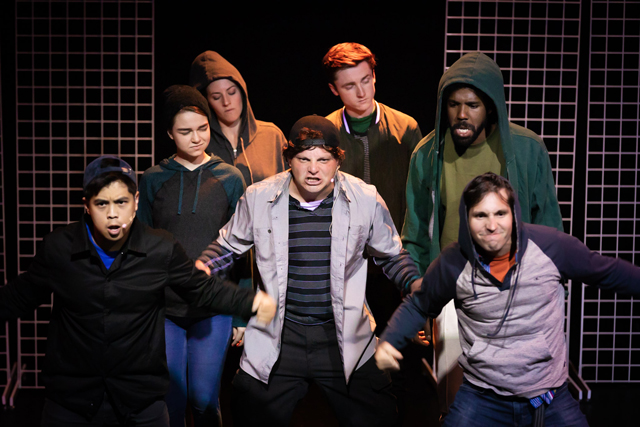 The “Bullies”, front to back row from left, Malissa Marlow, Frankie Zabilka, Socks Whitmore, Adam Foster Ballard, Melvin Biteng, Josh Hillinger, and Casey Hunter of “The Bully Problem” at The Broadwater at the Hollywood Fringe Festival 2019. (Photo by Matt Kamimura)

But when “Oscar”–an android bodyguard skillfully and beautifully played by Jordan Mitchell-Love–falls very timely into Kevin’s hands, the robot helps him and his new friends find a way to keep the bullies at bay, while providing an additional potential new avenue into the school of his dreams. But as bullies will be bullies, and being robbed of their favorite past time, they manage to get crafty.

Shapiro’s lyrics take us both wistfully (and regretfully) down junior and high school memory lane where the anxiety and fear from bullying and a learning workload would reach its zenith for some of us, compounded by our raging hormones and social insecurities.

All are strong vocalists in the ensemble, with some very notable solos and memorable performances by leads Everts and Allie Costa, as “Margaret,” especially in the moving “Off Balance,” and Mitchell-Love in “Operational,” along with Melvin Biteng (“Reggie”), Andrew Landecker “Chester”), and Frankie Zabilka (“Dustin”) in respective solo and ensemble pieces. 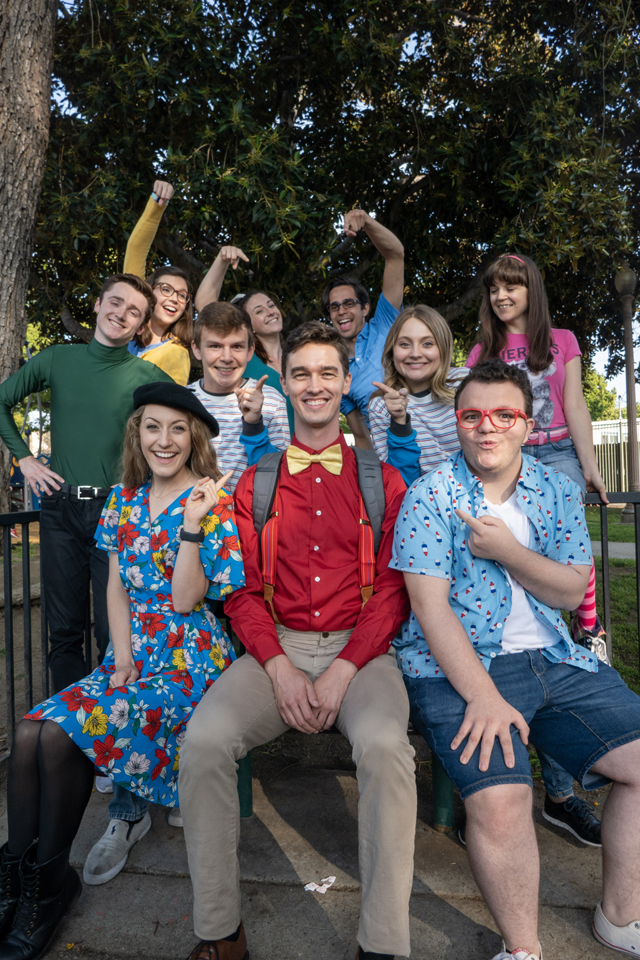 The entire ensemble fits together extremely well, with several in the cast, such as Adam Ballard, Zabilka, and Biteng, who are versatile in multiple parts.

“If you think it’s enough to be civil and kind,
That you’ll live and let live and that no one will mind,
You just don’t know the bully mentality.
But you’re gonna get a dose of reality.
If you seem to be sensitive, nerdy, or smart,
Be aware that you’re..
Gonna to get targeted!
If you’re into computers or physics or art,
Then, oh boy, are you…
Gonna to get targeted!” – Van Der Bort

“The Bully Problem” might bring back some mixed memories of school and childhood, but it will make you feel like a kid again. Be sure to bring your kids, your neighbors and their kids, their teachers, their administrators, and perhaps the whole of LAUSD. Just bring them now.

“The Bully Problem” is now playing at The

The Hollywood Fringe is often a springboard for new works to find further expansion and growth to larger theatre in Los Angeles, Broadway in New York, and worldwide. With pending Encore Awards and extensions curated in conjunction with some respective Theatre Row venues for the Hollywood Fringe Festival, there may be opportunities for extended performances “beyond Fringe.” In that respect, “The Bully Problem” is definitely one to watch for. Watch this space!