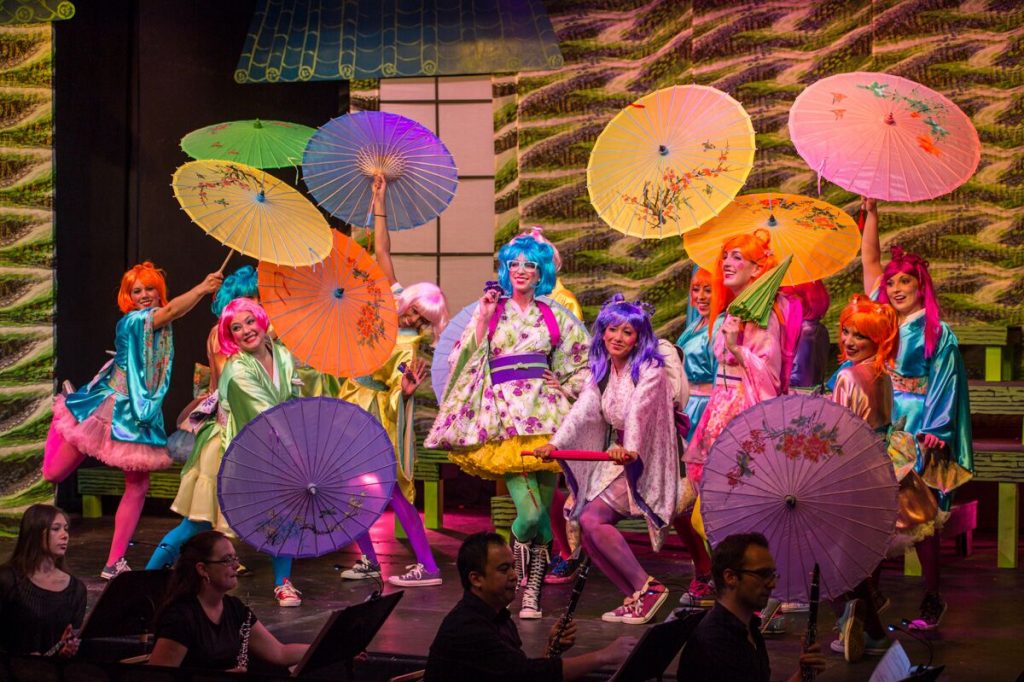 Pacific Opera Project’s 2019 season continues next week with a three week revival of the company’s colorful production of Gilbert and Sullivan’s enduring comic masterpiece The Mikado at the Ebell Club in Highland Park. The operetta opens on Friday, August 16th and and ends August 31st. The production is directed by POP Artistic Director Josh Shaw and a chamber orchestra will be conducted by Music Director Parisa Zaeri.

Not unlike Sacha Baron Cohen in our own time, Gilbert and Sullivan used the facade of a distant culture (Japan was still an exotic and mysterious land in the eyes of 19th Century England) to skewer western bureaucracy, politics and manners. A huge hit in its day, The Mikado remains popular because of the sharpness of William S Gilbert’s wit, the vitality of Arthur Sullivan’s music and the ingenious design of the show in allowing it to be seamlessly updated to remain current. On this last point, we can no doubt expect Mr. Shaw to incorporate some clever commentary into his revision of the libretto.

This entry was posted in Miscellanious, Music, Theater. Bookmark the permalink.