The space where music and art meet can be considered a dream zone. A hazy, crazy uber reality where anything might be possible. We are fortunate in Los Angeles to have the good fortune to view first hand works of art spun from the subconscious mind of a true surrealistic princess- the one and only Grace Slick. Hosted by Mr Musichead Gallery on Thursday October 17th, an evening of unpredictable perceptibility is planned in an encounter with Grace herself, wisecracking, audacious and with limited fucks to give; undeniably a legend. 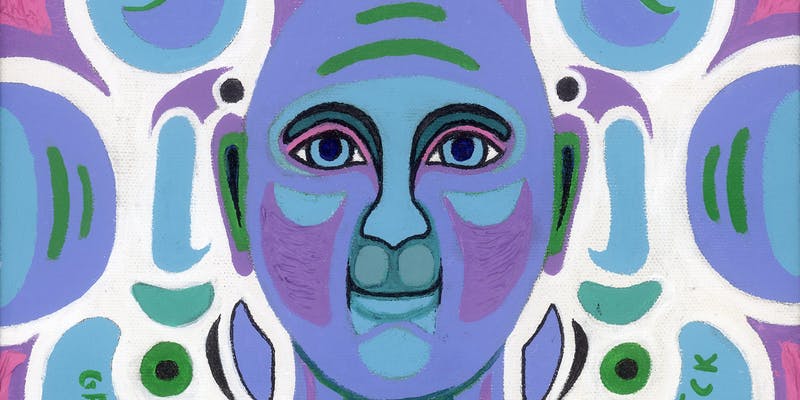 Retired from the rock and roll biz since the ’90s, she’s poured herself into weaving her spells in paint, creating alternative worlds on canvas. Her Alice in Wonderland-themed work is a trip down the rabbit hole, exploring curiosity wherever it might lead. Other work focuses on the malady of the current presidential nightmare and portraits of some of the tried and true geniuses she’s been lucky to know in her lifetime- Dylan, Clapton, Hendrix and Joplin. Her body of work is supplemented with self-portraits and psychedelic abstract pieces as well. 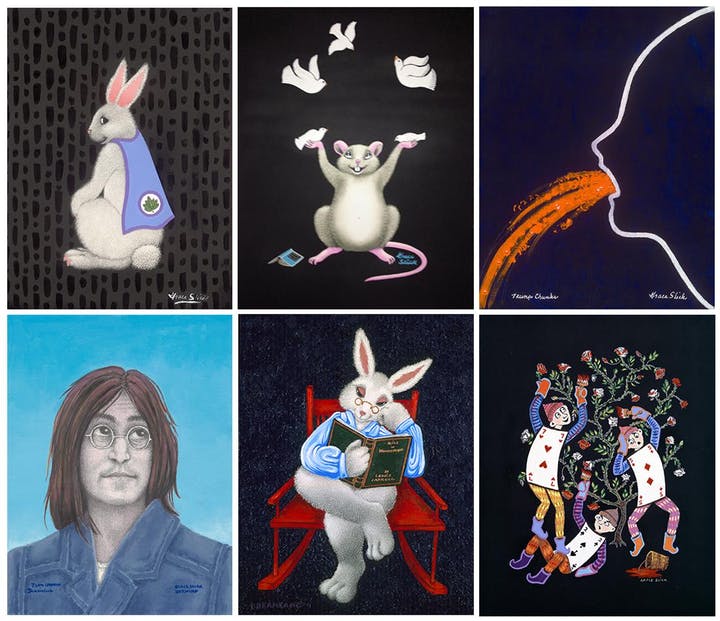 The Art Show at Mr. Musichead is billed as a cocktail reception and admission at first appears steep at $75. But what you are paying for is an exclusive experience, one that might certainly never occur again. Meeting Grace and having the first hand chance to view, and hopefully purchase, her work is a unique and once in a lifetime opportunity. Plus, it’s a benefit for Venice Arts, so really it’s a win-win. From Jefferson Airplane to the present day, Grace has been a force to be reckoned with- strong, willful and driven. She will be celebrating her 80th birthday on October 30th, a Scorpio with a stinger to prove it. Come experience this genius while you have the chance. 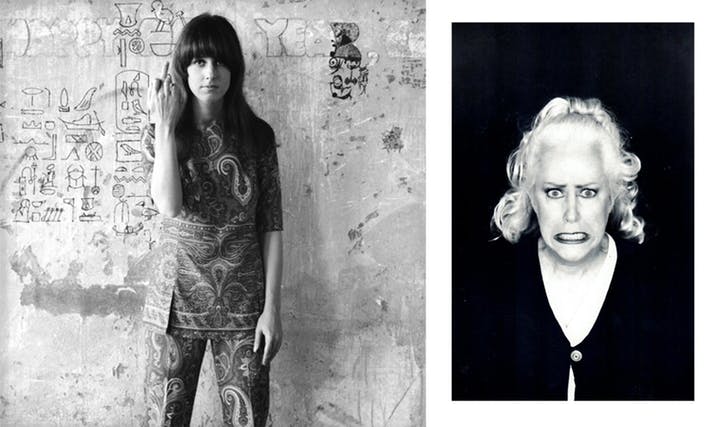 Nikki Kreuzer has been a Los Angeles resident for over 30 years. When not working her day job in the film & TV industry, she spends her time over many obsessions, mainly music, art and exploring & photographing the oddities of the city she adores. So far she has written 110 Offbeat L.A. articles, published at the Los Angeles Beat. As a journalist she contributes regularly to LA Weekly, Blurred Culture and The Los Angeles Beat and has also been published by Oddee.com, Twist Magazine, Strobe and Not For Hire. Nikki is also a mosaic artist, radio DJ and published photographer. Her photography has been featured in exhibit at the Museum of Neon Art, in print at the LA Weekly and is part of an upcoming show at the Neutra Museum in Los Angeles. She has recorded with the band Nikki & Candy as bassist, vocalist and songwriter, directing and appearing in the 'Sunshine Sunshine Santa Claus' music video for the band. She co-hosts the monthly radio show Bubblegum & Other Delights on Dublab.com. Her acting credits include a recent role in the ABC-TV show 'For The People', 'Incident at Guilt Ridge', 'Two and a Half Men', the film 'Minority Report' and 'Offbeat L.A.', a web series, written and hosted by Nikki Kreuzer. Her writing, radio and video portfolio can be found at OffbeatLA.com, her photography work @Lunabeat on Instagram and her music history posts @NikkiKreuzer on Twitter. Find Nikki & Candy music on iTunes, Amazon or at NikkiandCandy.com.
View all posts by Nikki Kreuzer →
This entry was posted in Art, Attractions, Events, Miscellanious, Music and tagged art, Grace Slick, Jeffereson airplane, Nikki Kreuzer, Offbeat L.A.. Bookmark the permalink.