Posted on August 19, 2012 by Tequila Mockingbird 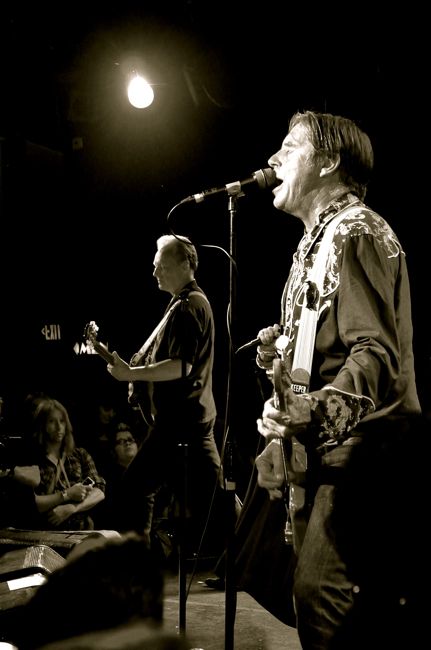 It is the end of the summer and time for the Sunset Strip Music Festival in West Hollywood. I arrive and pick up my tickets at a nice fresh tent, check in and gather my credentials and take a walk down the street. Lots of stages and lots of room. The temperature in LA has been 100 degrees in the shade for the last 5 days so that is gonna put a bent in seeing many acts like the Untouchables and Offspring. 45 Grave played at the Whiskey and lots of new bands played on a packed schedule.

X was Brilliant. I saw them with Ray Manzarek back in 1980 at the Roxy. It was their coming out party of sorts. I wonder if they knew it would last? I did. They were so natural and good hearted. They played the first album all the way through and then launched into the 2nd one. Exene give a shout out to Pussy Riot, who got put in jail in Russia for playing a song. Exene was very Theda Bara. Sexy and wiggling about like Little Eygpt. John was down to earth and level headed. Billy had his smile revved up and DJ was sending messages thru the jungle of human tissue.

Prima Donna opened for X setting a mellow vibe. I wanted to see how many people were out. It was kinda packed, but 75 dollar tickets were too steep for the weak of heart, and most people came to see (GASP) Marilyn Manson sing the music of the Doors…with Robby Krieger. I could just smell Jim spinning round in his grave like a pig on a split with an apple in his mouth. Yes, well, I went to the Rainbow which was packed and rested from all the excitement. All’s well that ends well and well and welly well well it ended very well

Tequila Mockingbird has been a longtime fixture on the LA music scene. Her first band was "Trouble for Nora" with Mitch Mitchell of "The Jimi Hendrix Experience." She sings with Jeff Goldblum and you can catch her show Saturday nights at Canter's. She is also a promoter, actress, writer and inventor. Her company, Do Monkey Productions, booked the historical punk rock TV show, "New Wave Theater." She has been published in Buzzbin Magazine and has a regular column in Rock City News. Recently she has created Tequila Tattoo Cream and opened The Punk Rock Museum to bring old friends together for art, music , and culture. It is located at KGB studios and curates special events all over Los Angeles in Pop up form. The museum has also contributed art to Pershing Square and Tequila hopes to curate more events for the city that she loves. www.lapunkmuseum.com
View all posts by Tequila Mockingbird →
This entry was posted in Miscellanious. Bookmark the permalink.