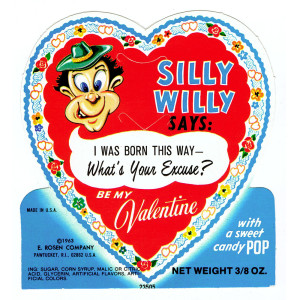 Valentine’s Day is possibly the most despised holiday of the year. All the hoopla serves as an annual annoyance for those who are single, and its proximity to Christmas puts renewed pressure on couples to top their Christmas presents with something even more representative of their profound affection. The sight of people clogging the aisles with shopping carts of flowers and wine at Trader Joe’s alone can make any sane person want to  curl up in a fetal ball and wait for it all to be over.

Despite this, the potential for fun is there, especially for the candy lover. The largest single candy sales day in America is Valentine’s Day. Year after year, local chocolatiers, department stores, and drug stores are deluged with last-minute purchases primarily made by men feeling the pressure who are also most likely lining up at the local florists.

And, of course, this is a busy day for schoolchildren. When I was a kid, we exchanged Valentine cards in class, typically putting them in little paper bags that each child decorated and hung on the wall. Some of these cards came attached with a red lollipop. Children might also drop candy in the bags; little cinnamon hearts or conversation hearts.

E. Rosen is the company that produced the Valentine cards with lollipops for decades. Partnered with a plastics manufacturer named Rosbro, E. Rosen made a wide array of holiday-themed plastic novelties such as an Easter bunny pulling a wagon filled with jelly beans.

Today, Valentines are often centered around product tie-ins or sports. Back in my day, the Valentines could be themed around just about anything. In honor of this year’s event, I’m sharing a nice array of Rosen Valentines. All of these would have included a lollipop. I purchased the Love Boat Valentine when it was in stores in the early 80s. I’ve included a photo of it at the end to show the plastic “Love Boat”.  It included a red lollipop stuck through the mast when I bought it at the store. 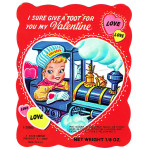 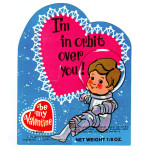 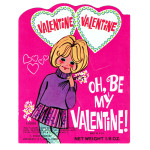 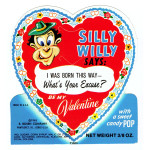 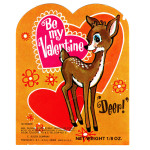 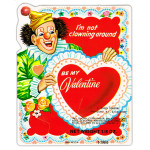 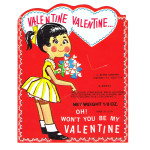 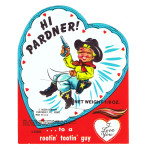 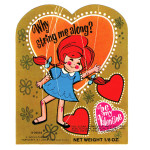 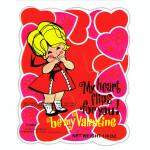 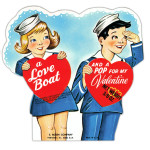 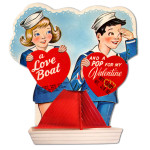 Whatever your plans are this Valentine’s Day, have a great one!

Darlene is the author of "Classic Candy: America's Favorite Sweets, 1950-80" and curator of the Candy Wrapper Museum, which is comprised of her personal collection which she began as a teenager in the 70s. The CWM has been featured in numerous TV shows, magazines, newspapers and blogs, and made its art gallery debut in 2010 at the Scion Space's "Palate" show.
View all posts by Darlene Lacey →
This entry was posted in Art and tagged E. Rosen, Rosbro Valentines. Bookmark the permalink.