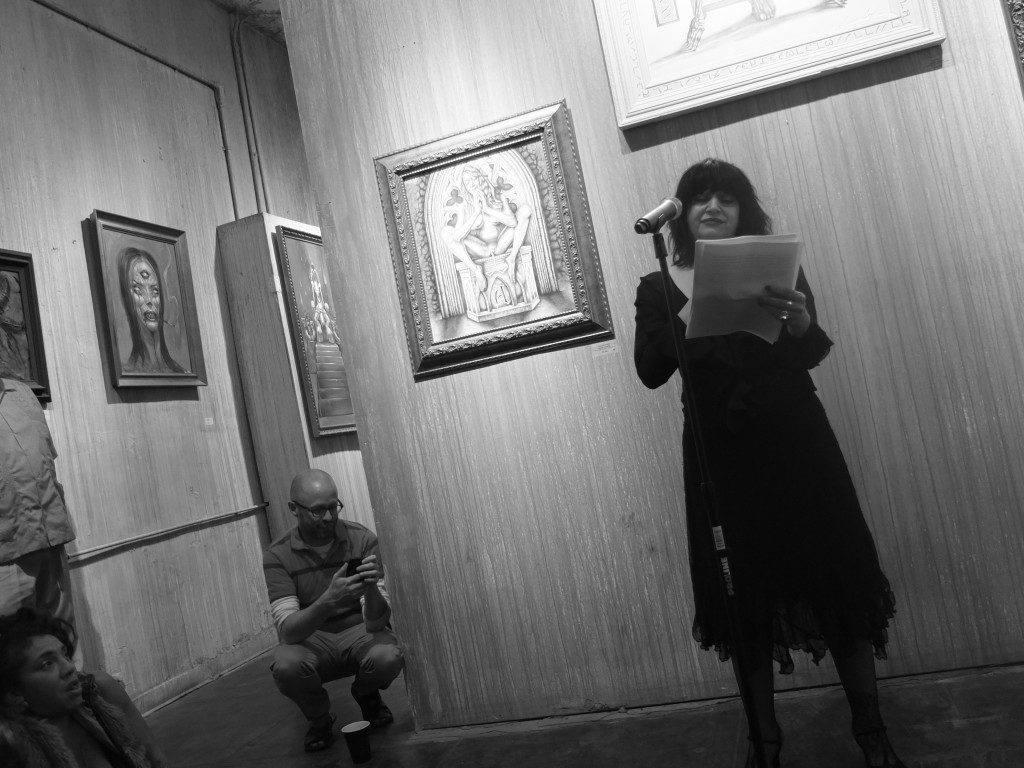 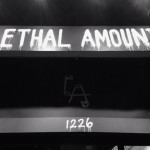 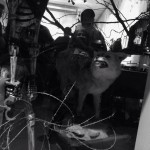 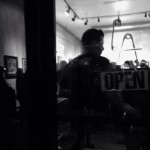 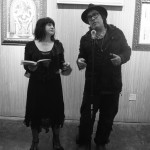 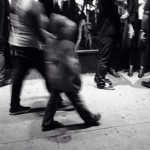 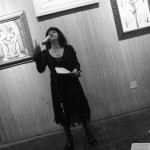 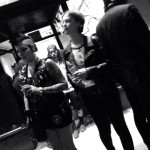 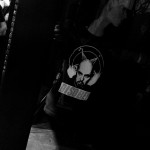 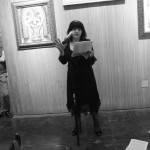 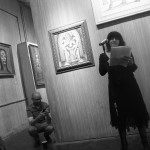 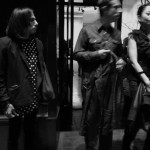 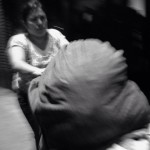 Lydia Lunch, writer and musician, flew to Los Angeles last week to read at Lethal Amounts Gallery’s FRICTION: literary crimes by mutated minds event which took place Friday night (May 30).  Lunch came to support the  impending (next year?) Harper’s release of Jonathan Shaw’s Narcisa, autobiographical tales of his sex addiction exploits…of which Lunch has written the introduction.  Lunch tells her own potent stories, the centerpiece of the evening,  as intensely as ever….this night giving us vivid descriptions of solitary travel in Istanbul observing the “art of bartering, badgering and hustling of anything not nailed down” by seemingly “all 20 million inhabitants” of said metropolis, bothered by annoying boy gangs, and fucking with privileged Malibu film student assholes as globe-trotting sex tourists with Lunch giving them their sweet comeuppance.  Shaw read as well, giving us a graphic telling of, among other things, what it’s like to be on the receiving end of postcoital drug-induced projectile vomiting.  nice.  Jack Grisham of TSOL also read that night but I arrived too late to hear him, not my fault!  There was a large attentive crowd of old school punks and a few hipster types, taking frequent fresh air breaks between readings outside of the hot and crowded gallery situated in the heart of working-class and gentrifying Westlake district.  And there was someone who looked uncannily like Lily Tomlin who turned out to actually be…Lily Tomlin!!  Lunch and Shaw, Tomlin taking in both, Teenage Jesus and the Jerks tee shirts, Howie Pyro as DJ, sweet Lethal Amount staff without attitude…you shoulda been there.

I am a native Californian, born and raised in Bakersfield and eventually escaping to San Jose then San Francisco where I spent every free moment in punk and post-punk culture spaces before heading to LA permanently in 1989. I have also spent major time as an AIDS and queer street activist, which today along with my passion for punk/alternative music still informs my personal and social life. I love photography, film and playing punk/post-punk stuff on the bass. My LA Beat contributions are usually photos that give a glimpse into the vibrant art and music scene that makes Los Angeles such an amazing city to live in today.
View all posts by Judy Ornelas Sisneros →
This entry was posted in Art, Books, Events, Photo Essays and tagged Howie Pyro, iPhone photos, Jack Grisham, Jonathan Shaw, Judy Ornelas Sisneros, Lethal Amounts, Lily Tomlin, Lydia Lunch, Westlake. Bookmark the permalink.