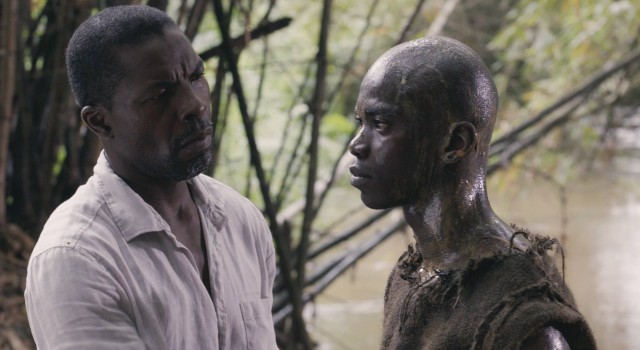 Director Philippe Lacôte got everyone’s attention when he was introducing his film “Run” by saying that this wasn’t a political movie. Strangely, in the opening scene, the main character, Run, is committing an assassin of the Prime Minister of the Republic of the Ivory Coast in a Church. By the very nature of the opening scene juxtaposed against the director’s statement it forces one to consider what type of movie this could possibly be. “Run” is a bit of the onion, story wise, as it peels away in layers of flashbacks sequences and in unexpected twists in the story that hold you the length of the film. 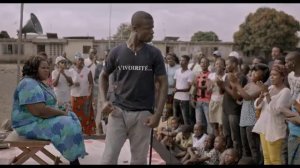 After the assignation Philippe Lacôte’s “Run” offers the back story in a series of primal, visceral, lusty episodes that weaves all the causals in Run’s life leading up to the brutal execution of the Ivory Coast’s Prime Minister. As an orphan in the Ivory Coast Run’s one desire was to become a “Rain Maker” like his mentor Tourou. After serving as an apprenticeship Run fails a critical test that flings his life into unimagined circuitous directions. This failure by Run offers unique opportunities for story telling and directorial choices that reference moods inspired by other directors like Federico Fellini and Francis Ford Coppola. Run’s adventures with Greedy Gladys, a professional eater, his association with the militia Young Patriots are influenced Fellini. Coppola is referenced in Run’s redemption scene set in a jungle stream with his mentor Assa. The images of Run and Assa filtered through the hanging foliage (vibes of Apocalypse Now) with Assa, his last and most significant male role model, is filled with sense of ritual and patriarchal anointing. As the story intertwines together towards the end, it becomes very apparent this isn’t a story about a the political intrigue, but rather a story built around competition, resentment and ultimately revenge.

Director Philippe Lacôte is obviously a student of film and prizes the art of movie story telling. He’s built “Run” with an inspired narrative and a cleverly illustrated story that everyone can identify with. The movie is beautifully shot, peerlessly edited and wonderfully told. The story unfolds with surprises untiling uncommon visual canvases and unexpected points of view that leave the viewer satisfied and moved by those experiences.

Billy Bennight is a writer, photographer and wardrobe stylist with expertise and years of experience in these disciplines. His musical youth started as a Punk Rocker and has expanded into exploring many genres of music, with an keen interest in art, fashion, photography and writing. He shoots celebrity events and red carpets for The Photo Access and ZUMA Press. He is a member of the Los Angeles Art Association. His images have been published in The Los Angeles Times, People Magazine, Wall Street Journal and Vanity Fair. He's very engaged in life. You can follow him on his Facebook page at: www.facebook.com/billybennightartist and on Instagram and Twitter @billybennight
View all posts by Billy Bennight →
This entry was posted in Miscellanious, Movies and tagged AFI, American Film Institute, Auteurs, Billy Bennight, Côte d'Ivoire, French Language, Ivory Coast, New Auteurs, Republic of Côte d'Ivoire, République de Côte d'Ivoire, West Africa, West African. Bookmark the permalink.