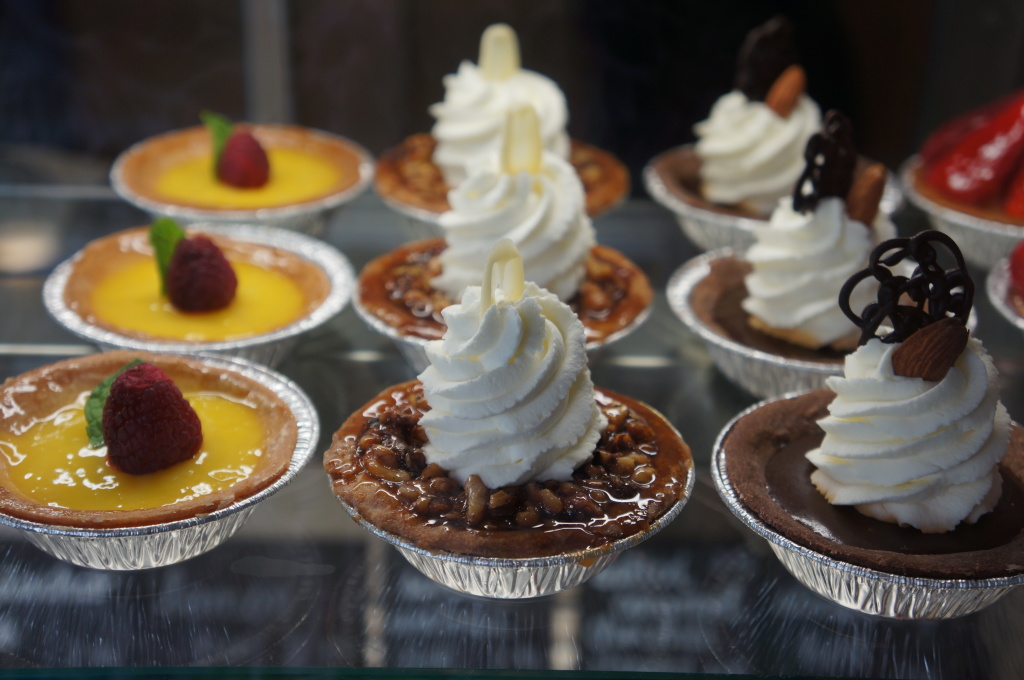 Moitinho de Almeida spent his life working for the world famous Fauchon of Paris, which sent him as far afield as Singapore and Hong Kong. When he and his wife Ana were ready to retire, they chose a quiet neighborhood in South Torrance. After a few years of twiddling their thumbs and missing the delicate pastries of home, they decided to open up their own place where they could bake with the care and precision of classic French techniques. In April 2012 they opened L’Amande French Bakery close to home in Torrance. The artisinal breads, etherial croissants and fresh salads were so popular, they opened a second location in Beverly Hills in July of 2014.

Besides the attention to detail, the paper-thin layers of pastry in the croissants are due to superior ovens and a large “laminator” that you feed the dough into, kind of like a giant pasta maker. It is the first laminator I have seen outside of Paris. Besides the traditional chocolate, raisin and almond croissant, the bakery offers pistachio, hazelnut, and a host of savory fillings. The fruit tarts are lined up in the case like little jewels, but L’Amande is best known for their salted caramel chocolate tarts. You can also purchase loaves of bread, from the hearty whole wheat to the lighter-than-brioche pain de mie. The crisp baguette I took to my mother even passed her rigorous standards.

In addition to the baked goods, you can order fresh, crisp salads, soup of the day and a variety of sandwiches. I was lucky enough to visit on butternut squash soup day and I highly recommend it. They use their own freshly baked breads for all of the sandwiches.  Everything is made from scratch, including the raspberry compote in your croissant and the glaze on your tart. They grind their own beans for the espresso and coffee, and shake your iced tea in a cocktail shaker to make sure it’s as cold as possible. Moitinho de Almeida proudly states, “Everything at L’Amande is crafted fresh, from flour to plate, we like to say…It’s a difference that you can actually taste.” I have not tried the L’Amande Bakery in Beverly Hills, but if the staff is half as dedicated as the people at the Torrance Bakery, they will only serve to further elevate the city’s reputation for superior dining.

UPDATE 2018: BAKERY CLOSED in 2016 AFTER CHARGES OF HUMAN TRAFFICKING. 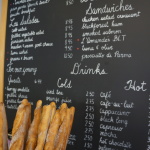 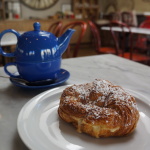 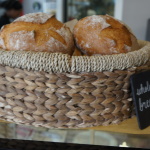 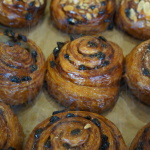 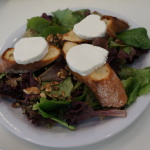 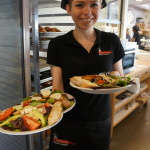 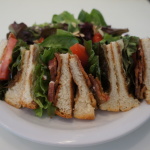 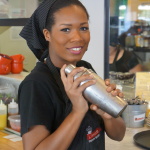 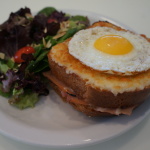 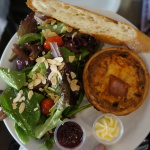 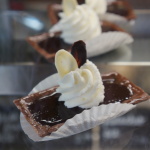 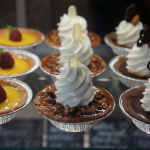 Disclosure: A portion of the drinks and food were comped.

Born and raised in the great city of Los Angeles, this food, culture and music-loving punk rock angeleno wants to turn you on to all that is funky, delicious and weird in the city. While Elise holds down the fort, her adventurous alter ego Kiki Maraschino is known to roam the country in search of catfish.
View all posts by Elise Thompson →
This entry was posted in Food. Bookmark the permalink.