1. The Suicide Girls Blackheart Burlesque Tour Returned to LA for Another Bangerz Night Out! Billy Bennight 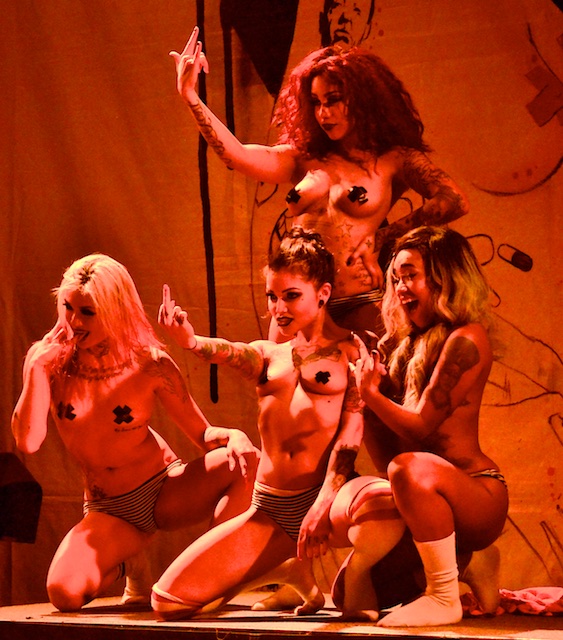 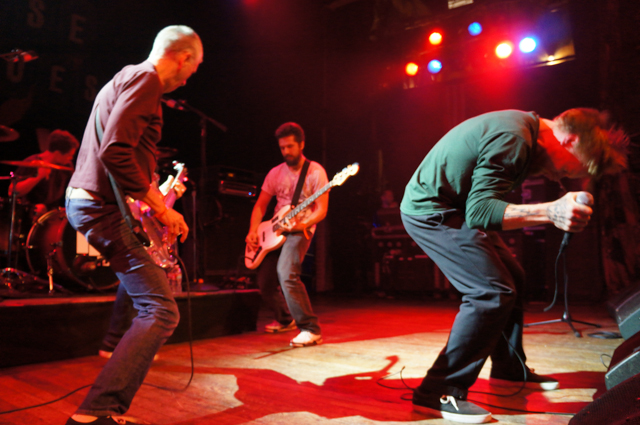 Black Flag At The House OF Blues. Photo by Elise Thompson for the Los Angeles Beat.

“…For his own part, Ginn plays some of those old songs very well. There’s something about the sound of that guitar that is printed in my DNA, it’s easy to respond to it. The rush of “Rise Above” into “I’ve Had It” into “Six Pack” sounded pretty impressive down on the front of the floor, which churned like a flushing toilet all night long. He provided most of the raw power on offer, but also seemed determined to throw a wrench in his own machine during parts of the show. Every once in a while you’d get this chainsawing guitar solo, with the rhythm section locked right in, and you could feel it working. But nobody wants to hear “Slip It In” collapse into a wall of freaking theremin. Outside of sci-fi conventions, and Beach Boys concerts, no one wants to hear theremin period. Theremins are for science class and documentaries, not for actually performing rock music. …” 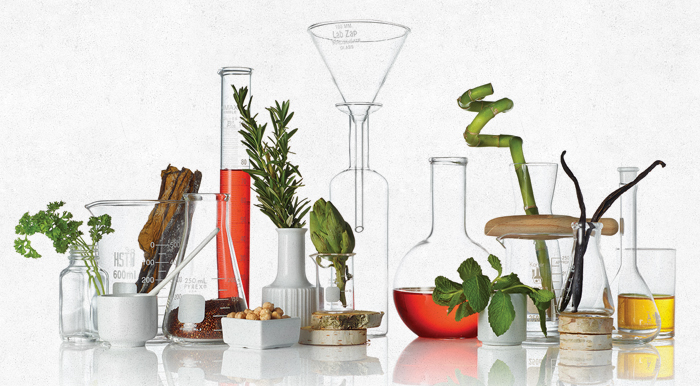 “A friend with gorgeous, glowing skin let me in on her secret: Arbonne. How did I not know of this? I know every line! That’s because Arbonne is only sold through reps. A-ha. So I needed to get some of this fabulous, cruelty-free, all-natural Swiss line.  (Backstory: Arbonne’s skin care products, based on botanical principles, became a reality in the United States in 1980 and are now shared throughout the world through Arbonne’s network of Independent Consultants)  And I so did: lots of it! Joy Jacob arrived with a large bag of samples for me to try, so I put my friend to work as well over a very long and fun weekend. This stuff is just glorious. We had a mini-spa weekend in our Hollywood digs…”

4. The Infamous Mckamey Manor Considers Toning it Down Elise Thompson

“…The San Diego haunt is famous for its hands-on action. Unlike other haunts where “actors” aren’t allowed to touch you or only give you a quick grab, McKamey Manor’s cast holds you down, pulls you into coffins, wraps you up in duct tape, makes you eat live worms, dunks your head into toilet bowls and drenches you in blood. Worst of all, they may make you do jumping jacks. And if you try to escape, they stop you. As the marine who got pulled warns, “If you struggle, it only gets worse…” 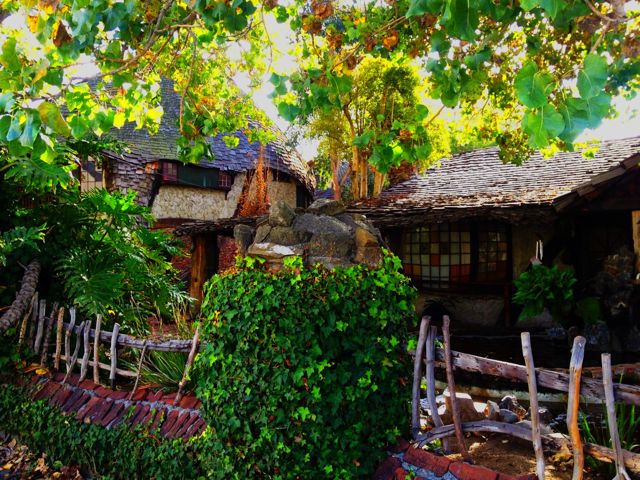 “We’ve established again and again that Los Angeles is a city of dreams and dreamers. A city where the yellow brick road does lead to the sparkling city of Oz for many. It is a city of recreated realities. That is why it isn’t too peculiar that a form of architecture called Storybook style took an odd foothold here in the 1920’s-1930’s and rarely cropped up in force anywhere else in the United States. This architectural style was prompted by fantasy and magic; our bright blue, sunny skies formed a perfect backdrop…”

Born and raised in the great city of Los Angeles, this food, culture and music-loving punk rock angeleno wants to turn you on to all that is funky, delicious and weird in the city. While Elise holds down the fort, her adventurous alter ego Kiki Maraschino is known to roam the country in search of catfish.
View all posts by Elise Thompson →
This entry was posted in Attractions, Music, Offbeat LA, Photo Essays, Theater. Bookmark the permalink.