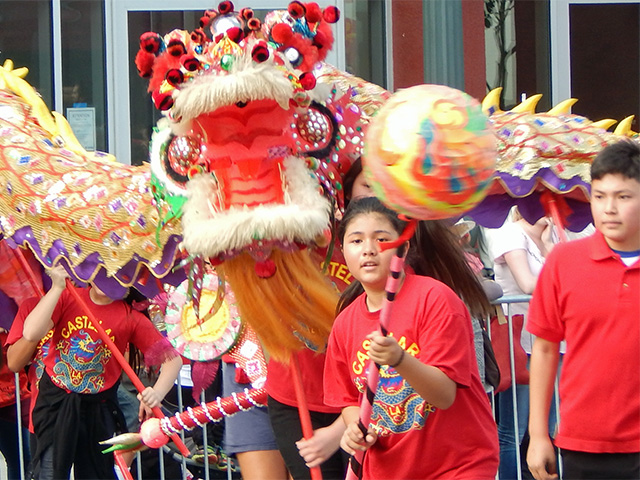 last saturday afternoon was the 116th edition of the golden dragon parade in l.a.’s chinatown to celebrate the lunar new year which is either this time the year of the sheep or goat or ram or whatever – I think the chinese word is ‘yang’ which is blurry and can mean either of the three. I love being part of this, I holler to the dragons “chase the pearl, chase the pearl!” as the run and twist around, many involved to make them come alive. there’s great contributions for all kinds of people like folk dancing from senoritas and horse dancing from vaqeuros to many school marching bands and even bagpipers besides the shishi lions w/marshal arts students inside – we’re everything all mixed up in so cal, many influences from many different cultures… I think it’s my fifth in a row now and this was the biggest yet though I always have a good time here – this time I came up alone even, just wanted to be there. 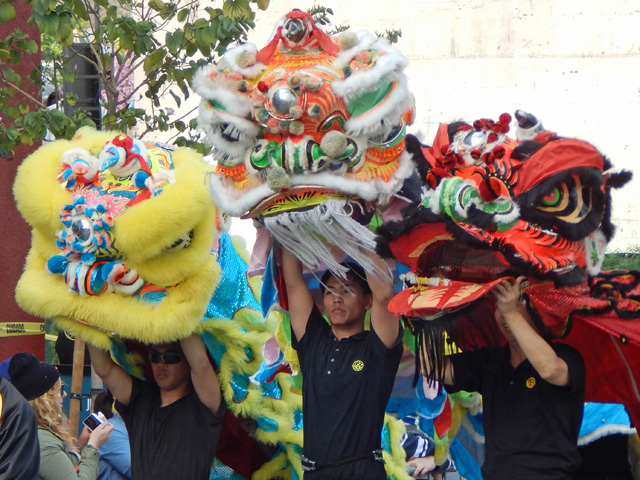 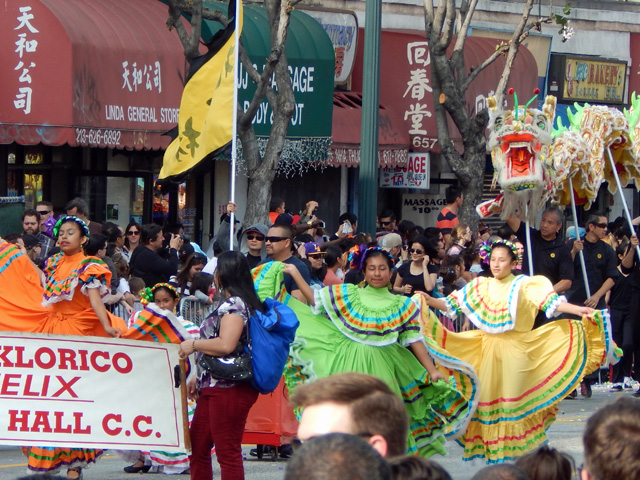 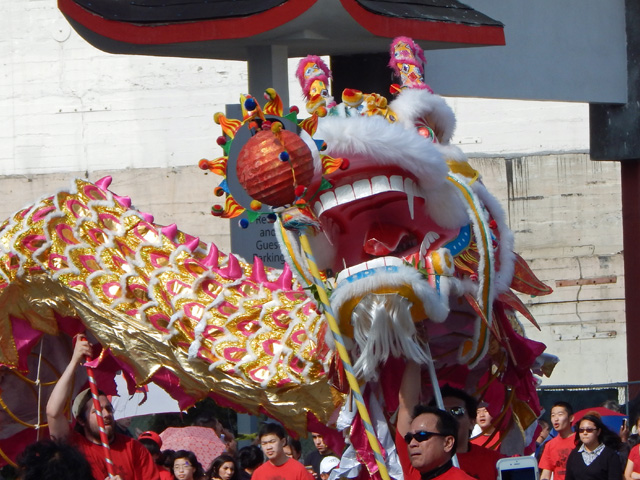 I did have to bail before the end though cuz my pedro town was having its first ever lunar new year festival on the l.a. waterfront later that afternoon and I wanted to see what it was like. no parade and much smaller but still really neat – I got to see some korean ladies do a righteous fan dance w/a hammerhead crane behind them and chow some omusubi being slung from an old airstream-like chow trailer. a small version of the rubber duck (we had visit from big one last summer!) and some farm animals like a momma sheep w/her babies, some rabbits, goats and even a yak! some chickens too, incredible feathers on them – too quick for watt to get a shot and also they were being bogarted big time by the kids who loved them. why now a lunar celebration in our harbor? maybe asia being HUGE trading partners? good thing the lock-out got settled the night before! whatever, I’m glad we got one now and hope it keeps going cuz I’ll be there if it is… right after I get back from chinatown and the parade there! 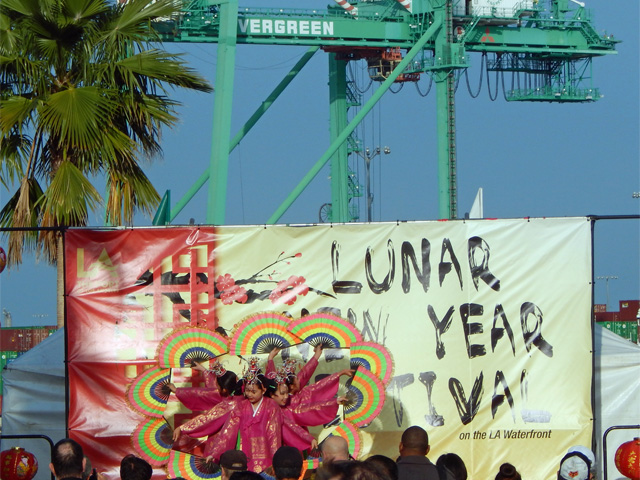 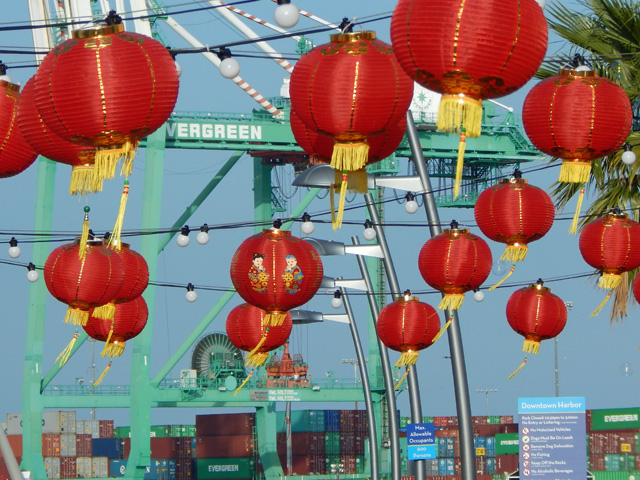 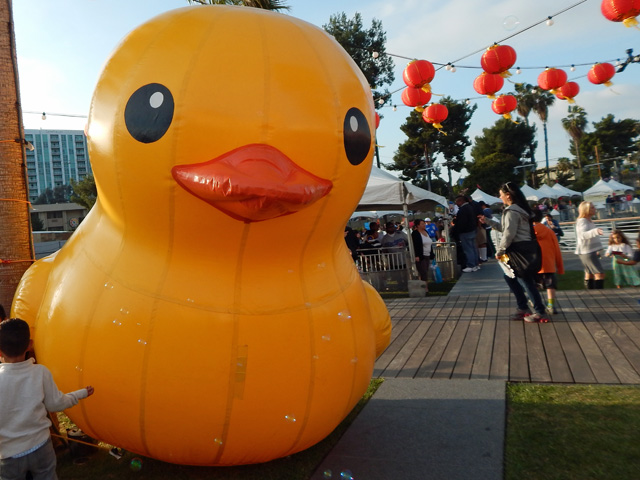 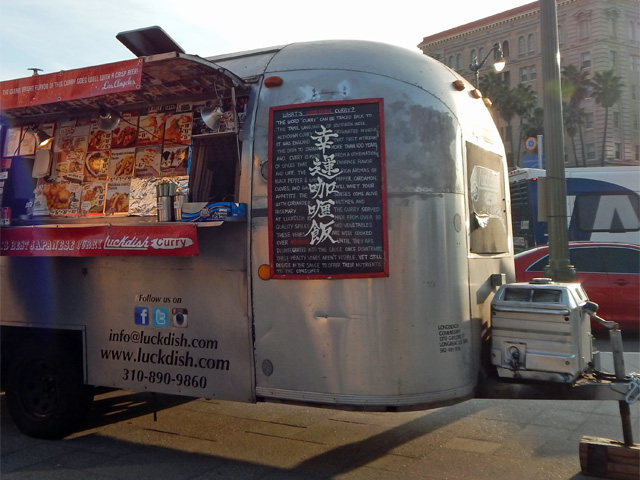 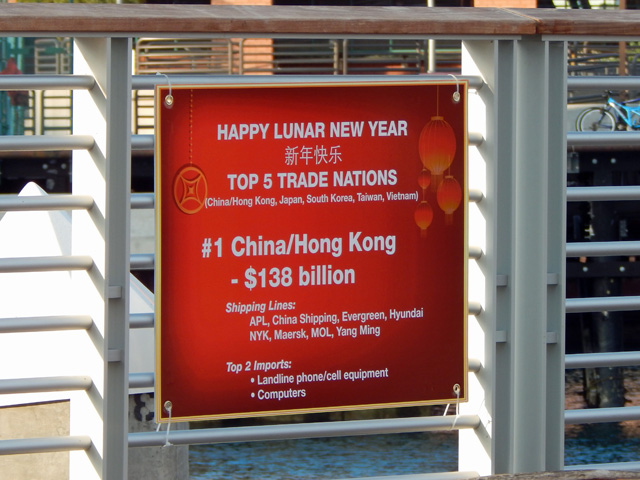