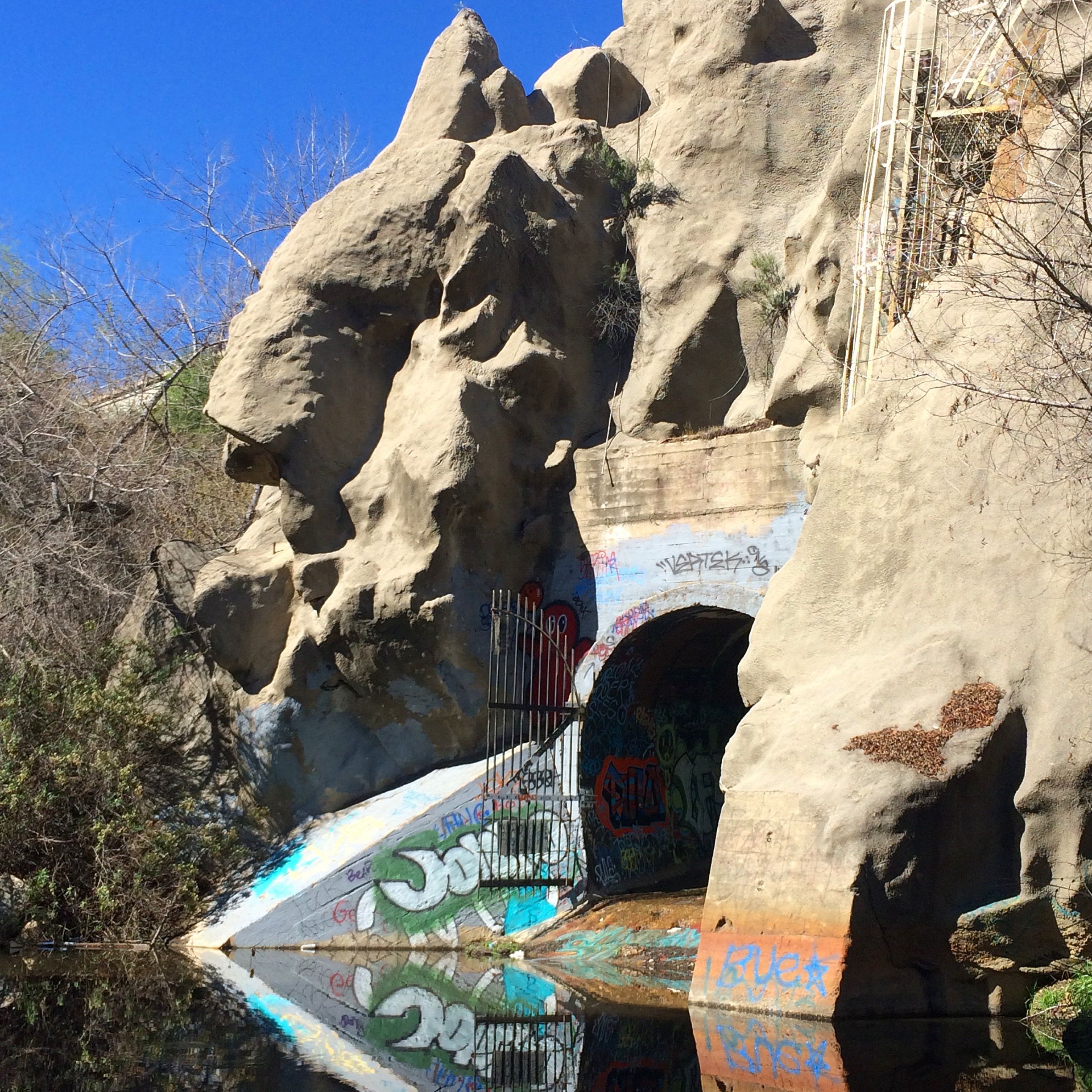 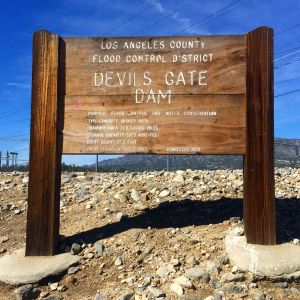 It is highly unlikely that the British songwriting team of Nicky Chinn & Mike Chapman had the devil-shaped rock located in the Arroyo Seco of Pasadena in mind when they penned Devil Gate Drive for rocker Suzi Quatro. But with the urban legend status of Devil’s Gate Dam as a “portal to hell” supposedly credited to creepy occultist Aleister Crowley himself, stranger references have happened. The song was definitely given an L.A. connection when it was performed by Suzi herself in the Happy Days episode “Fonzie and Leather Tuscadero”. Whatever the case, Devil’s Gate Dam is shrouded in an aura of somewhat dangerous mystery and makes for a interesting afternoon hike. 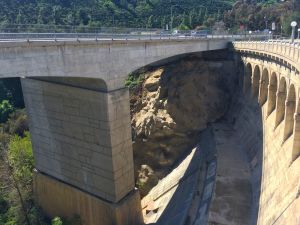 According to local legend, the idea that this spot holds otherworldly energies goes back to the first people who inhabited it. Unconfirmed stories say that the Tongva Indians avoided Devil’s Gate because they felt it was a gateway to the afterlife. They felt that the rapids in this part of the Arroyo Seco made a laughing sound which they accredited to a wager between the river and the coyote spirit. This area had always been the location of torrential floods which would routinely overflow and devastate Pasadena, Alhambra and parts of Los Angeles. After particularly brutal flooding in both 1914 and 1916, the first flood control dam in the L.A. area was constructed here in 1920 and named after the scary demon-like rock formation at its base. 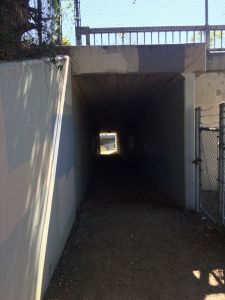 Afterward, stories are told of strange occult rituals taking place in the 1940s connected with JPL’s founder Jack Parsons, future Scientology founder L.Ron Hubbard and their Crowley- based occult order Ordo Templi Orientis. Their group apparently conducted sex magick at Devil’s Gate Dam after Crowley told them this was one of the Seven Portals to Hell. Through these rituals they hoped to eventually spawn a prophesied anti-Christ who would overthrow Christianity forever and bring the world into a dark place where their occult order had the riches and the power. Megalomaniacs and devil worshipers aside, the dangerous reputation of this area continued into the 1950s when at least four young children disappeared mysteriously, never to be seen again, while playing or hiking in this canyon. 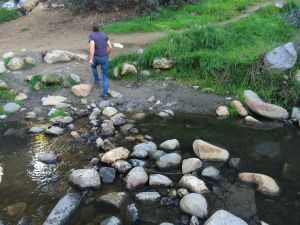 So… if you still have the courage to explore Devil’s Gate Dam it is surely worth it, merely for the legends alone. Though the 210 freeway is above, buzzing with traffic, it is still somewhat quaint and serene. A bubbling, stone-filled brook flows peacefully through, though empty beer bottles and graffiti suggest that teenagers regularly use this place to party. Entrance is through a forebodingly dark cement tunnel above on Oak Grove Drive which leads to a dirt trail leading down into the canyon. 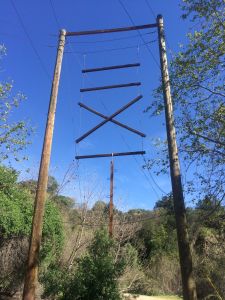 A mysterious, but unusable swing set is positioned in a very strange place next to this bizarre wooden structure (photo by Nikki Kreuzer)

The Devil’s Gate is at the bottom of the dam, next to the devil’s rock and surrounded by a moat of water. Those who have managed to enter through this hard-to-reach gate have found another long dark tunnel, sealed at one end, with water leaking from the seams, suggesting a flood being held at bay. Two creepy wooden structures stand tall and looming in this area, creating a decidedly strange and uncertain Blair Witch Project vibe. If you haven’t had goosebumps by this time, you might now. Gazing upon an inexplicable swing set with swing platforms nearly 15 feet above the ground, too tall for even the tallest adult, you may actually begin to believe the tales of this devil’s playground.

Nikki Kreuzer has been a Los Angeles resident for over 30 years. When not working her day job in the film & TV industry, she spends her time over many obsessions, mainly music, art and exploring & photographing the oddities of the city she adores. So far she has written 110 Offbeat L.A. articles, published at the Los Angeles Beat. As a journalist she contributes regularly to LA Weekly, Blurred Culture and The Los Angeles Beat and has also been published by Oddee.com, Twist Magazine, Strobe and Not For Hire. Nikki is also a mosaic artist, radio DJ and published photographer. Her photography has been featured in exhibit at the Museum of Neon Art, in print at the LA Weekly and is part of an upcoming show at the Neutra Museum in Los Angeles. She has recorded with the band Nikki & Candy as bassist, vocalist and songwriter, directing and appearing in the 'Sunshine Sunshine Santa Claus' music video for the band. She co-hosts the monthly radio show Bubblegum & Other Delights on Dublab.com. Her acting credits include a recent role in the ABC-TV show 'For The People', 'Incident at Guilt Ridge', 'Two and a Half Men', the film 'Minority Report' and 'Offbeat L.A.', a web series, written and hosted by Nikki Kreuzer. Her writing, radio and video portfolio can be found at OffbeatLA.com, her photography work @Lunabeat on Instagram and her music history posts @NikkiKreuzer on Twitter. Find Nikki & Candy music on iTunes, Amazon or at NikkiandCandy.com.
View all posts by Nikki Kreuzer →
This entry was posted in Attractions, Miscellanious, Offbeat LA and tagged Devils Gate Dam, hiking, Nicole Kreuzer, Nikki Kreuzer, Offbeat L.A., Pasadena. Bookmark the permalink.