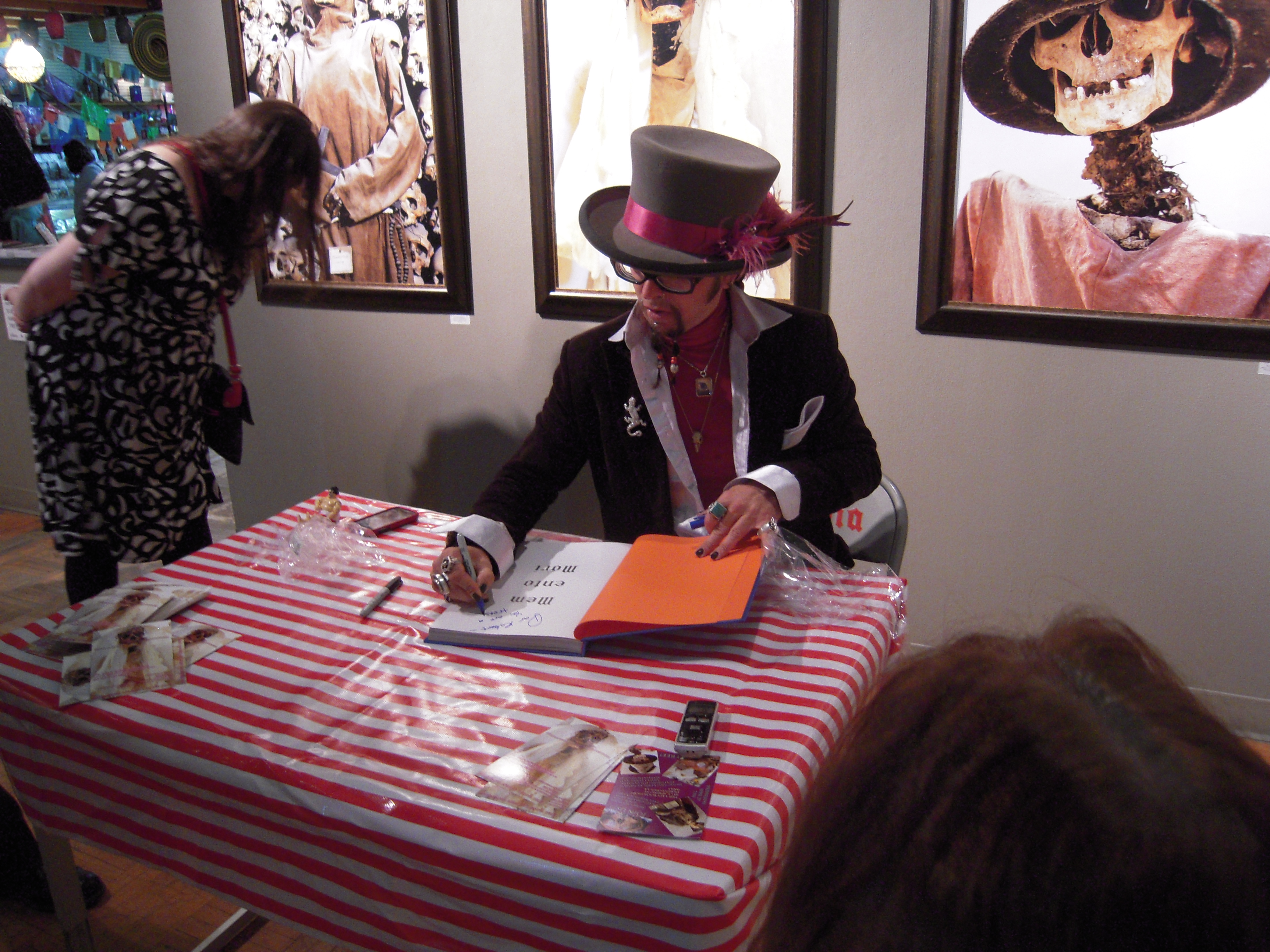 The vibe was anything but solemn at La Luz de Jesus, although liturgical calendars marked April 3rd as Good Friday and Passover. LA-based art historian, author and scholar Paul Koudounaris, decked out in signature Baroque splendor, received swarms of old friends and new admirers, and signed freshly-pressed copies of his new book, “Memento Mori: The Dead Among Us” (Thames & Hudson), adding a skull and crossbones flourish to every autograph.

He commented, “The dead were so ghetto-ized and so pushed back that they had no choice but to come back.” Koudounaris has spent the past decade adventuring through more than 60 countries, documenting ossuaries, charnel houses, and other sites for sacred bones.

“Memento Mori” is his third book on the subject, lavishly illustrated by selections from the thousands of photographs he has taken along his route, which spans four continents. He says that this oversized volume, bound in gleaming blue satin, is the final installment in this trilogy of death.

“I never pitched any American publishers with my idea,” he added, “because I was afraid they would turn it into kitsch.”

His current installment at La Luz de Jesus (see it through April 26) features images from the new book, some of which appeared in the two earlier volumes, “The Empire of Death” and “Heavenly Bodies.”  When asked by a gallery-goer what drove the obsessive project, he replied, “I may be a bit archaic, a bit of an anachronism. I kind of wish that I had lived about 100 years ago. I keep trying to find things that are more and more hidden.”

Although he admits that contemporary Westerners have “anxiety” about the topic of death, he states of his images that there is “something inherently loving about them.”  Leaving the world of the dead, the author said that his next book will in fact be written by his cat, “the greatest feline model ever,” saying, “She is writing her own feline guide to cat fashion.”

Until recently, Dr. Koudounaris said he didn’t care about what would become of his own fleshly remains. However, “..recently a friend on Facebook (Kythera Contreras) drew a picture of my jeweled skull on a pillow, and I kind of decided, yeah, she’s right, there you go.”

Dr. Koudounaris will speak at the sold-out Death Salon at the Getty Villa on Sunday, April 26, but catch him Wednesday, April 29, The Last Bookstore, 453 S. Spring Street, in downtown LA. FREE. 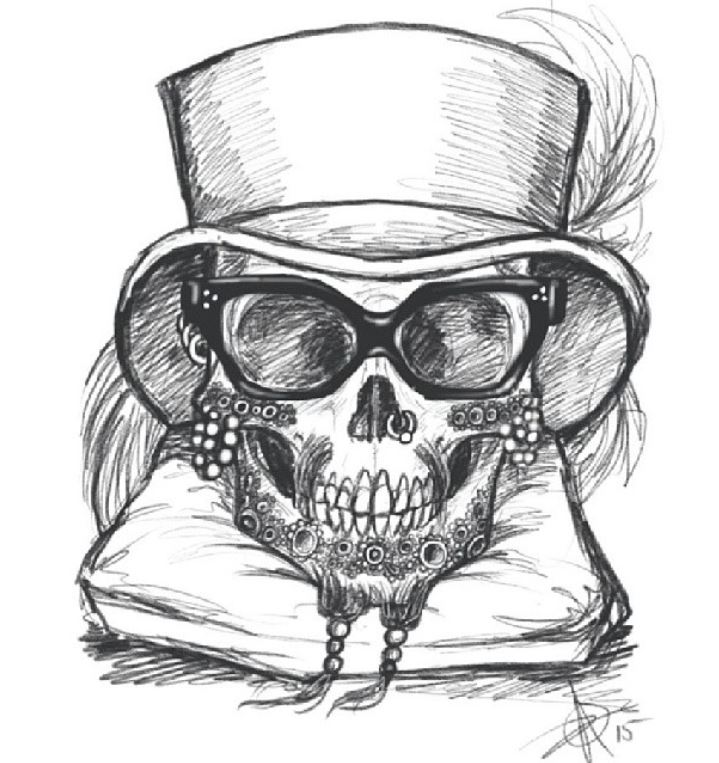 Brooklyn-born Victoria Thomas loves writing about flora and fauna, although she chooses to do so in an urban setting. If she had it all to do over again, she might have become a forensic entomologist. She lives in Los Angeles.
View all posts by Victoria Thomas →
This entry was posted in Art, Attractions, Books, Events, Fashion, Interviews, Upcoming Events and tagged bones, cat fashion, charnel, feline fashion, HEAVENLY BODIES, memento mori, ossuary, PAUL KOUDOUNARIS, skeleton, skull. Bookmark the permalink.