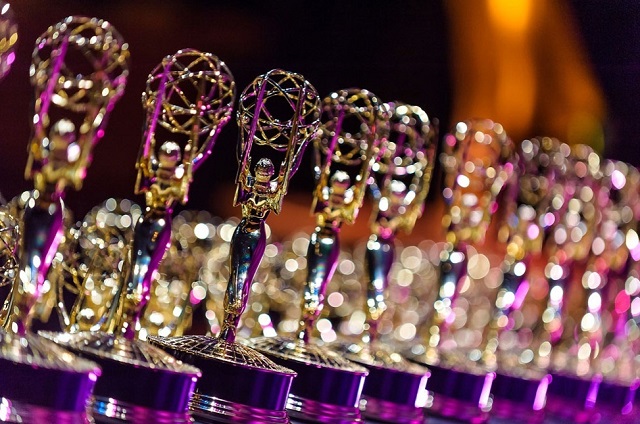 If you gathered Regis Philbin, Steve Harvey, Marie Osmond, Craig Ferguson, Deidre Hall, Nancy O’Dell, Shemar Moore, and Alex Trebek, together in a room, then added daytime soap stars Daniel Goddard, Justin Hartley and Melissa Claire Egan of “The Young and The Restless,” Kirsten Storms and Ryan Paevey of “General Hospital,” Christopher Sean, Freddie Smith and Guy Wilson of “Days of Our Lives” and Jacob Young, Karla Mosley and Linsey Godfrey of “The Bold and the Beautiful,”  what might they all have to tell us?  Well on April 26 each and every one of them will be gifting us with the knowledge of any and all recipients of the 42nd Annual Daytime Emmy Awards!  Additional presenters will be revealed closer to the ceremony.

Hosted by Tyra Banks, and slated to air on the Pop network at 8:00 PM ET and 5:00 PM PT this highly anticipated broadcast will acknowledge exceptional achievement in all aspects of daytime television production. Produced by Michael Levitt of Michael Levitt Productions along with Gary Tellalian and Mike Rothman as executive producers , the legendary ceremony will be broadcast from Warner Brothers Studios. Awards will be granted to individuals and programs presented during the 2014 calendar year.  To top it all off, Betty White will be honored with the Lifetime Achievement Award!

Jennifer K. Hugus was born at a very young age. At an even earlier age, she just knew she would one day write for the LA Beat! Having grown up in Massachusetts, France, and Denmark, she is a noted fan of Asian Cuisine. She studied ballet at the Royal Danish Ballet Theatre and acting at U.S.C. in their prestigious BFA drama program. She also makes her own jewelry out of paints and canvas when she isn’t working on writing absurdist plays and comparatively mainstream screenplays. Jennifer would like to be a KID when she grows up!
View all posts by Jennifer K. Hugus →
This entry was posted in Television and tagged 42nd Annual Daytime Emmy Awards. Bookmark the permalink.