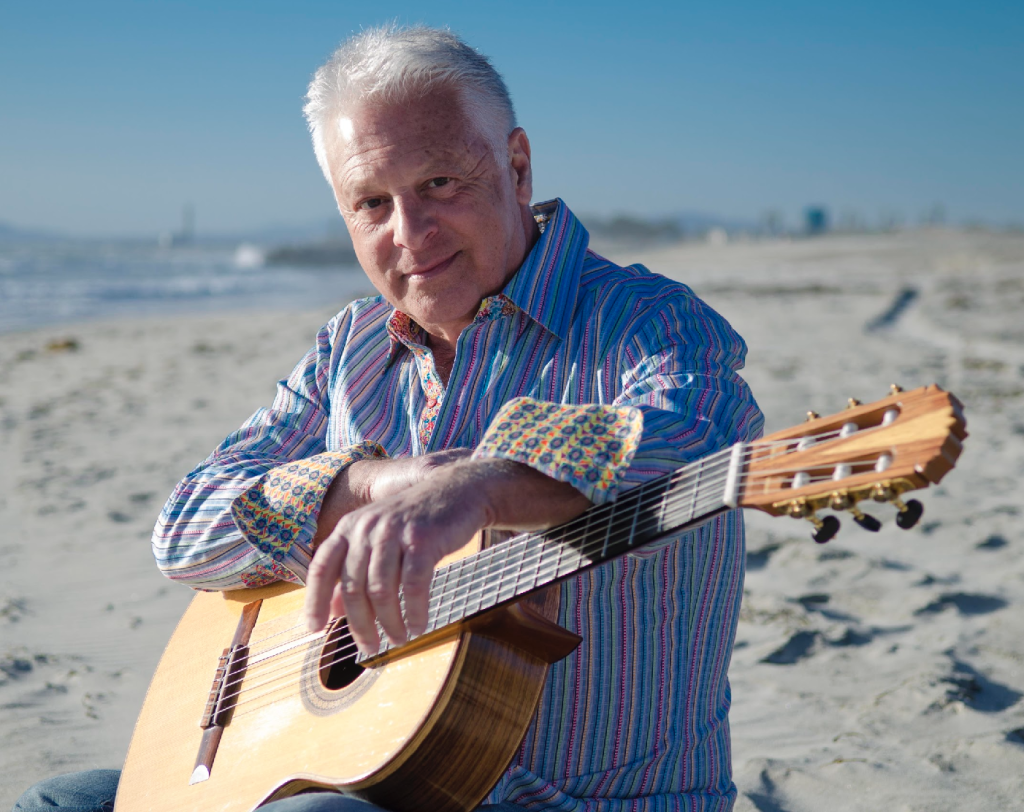 Classical guitarist Sir Angel Romero first performed Concierto de Aranjuez with the Los Angeles Philharmonic in 1964, when he was just 16 years old. Romero at last will return to play the Andalusian-inspired masterpiece written by his mentor, Joaquin Rodrigo, May 21-24 at the Walt Disney Concert Hall, with Gustavo Dudamel conducting the LA Philharmonic.

Romero comments, “Rodrigo was a deeply nationalistic composer, and this piece exemplifies his love for the music of Spain. Performing this concerto–probably the most technically demanding concerto for the guitar–in concert halls and before orchestras on all major levels, has always been considered a stepping stone in the career of guitarists, and their success is also measured by their ability to perform it well.”

In February 2000, Romero was presented with the Spain’s highest honor –the Grand Cross of Isabel la Catolica–and was knighted Sir Angel Romero in recognition of his musical accomplishments.

Rodrigo composed the Concierto, named for the Andalusian Royal Palace, in three parts in 1939, with the languorous Adagio of the second movement being perhaps the most recognizable section of the piece. In this section of the composition dwell what Federico Garcia Lorca describes as “black sounds”, or the presence of death, in his writings on the aesthetics of duende, loosely defined as soul— the essence which animates the Spanish singing-style called canto jondo.

For decades, music scholars theorized that Rodrigo was writing about the tragedy of Guernica when composing the Adagio. More recently, Rodrigo’s wife Victoria revealed that the section was written in deep anguish following the loss of the couple’s unborn son.

The Adagio musically references a traditional vocal form known as saeta, a religious lament sung from balconies during Holy Week in Spain, where saeteros address heartfelt passages to images of the Passion, the Blessed Virgin Mother and saints being carried in solemn procession through the streets below. The Spanish word saeta is derived from the Latin “sagitta” (as in Sagittarius), meaning dart or arrow, and this piercing quality defines the genre. Although deeply Catholic in its current presentation, many musical historians trace the structure of the saeta to sacred Jewish vocal forms, reflecting the vast and complex diaspora which is Spanish music, where the echoes of the Sephardim layer and weave through the sounds of the Gregorian, Moorish, and Romany (Rom, or gypsy).

Students of the troubador tradition may also identify aspects of the Adagio with the lyric Arabic and Persian alba or albada, “dawn song”, a distinctly secular lament of forbidden lovers parting under the hard white sky of daybreak to the bittersweet calls of birdsong. This poetic tradition is now recognized as the source for Shakespeare’s balcony scene in “Romeo and Juliet.”

Sure, the Gypsy Kings are a good time. But Malaga-born Romero, who not only plays but also conducts around the world, will bring the depth of “deep song” or canto jondo to this piece which in lesser hands may be reduced to the showmanship of licks (flashy punteado, rasgueados, picked and strummed flourishes).

Brooklyn-born Victoria Thomas loves writing about flora and fauna, although she chooses to do so in an urban setting. If she had it all to do over again, she might have become a forensic entomologist. She lives in Los Angeles.
View all posts by Victoria Thomas →
This entry was posted in Art, Attractions, Events, Music, Upcoming Events and tagged Andalusia, Angel Romero, canto jondo, classical Spanish guitar, Concierto de Aranjuez, duende, Federico Garcia Lorca, flamenco, Gustavo Dudamel, Joaquin Rodrigo, Los Angeles Philharmonic, Malaga, Rodrigo, Spain, Spanish. Bookmark the permalink.