“FEMINISTS: What Were They Thinking?”: A Documentary on Second Wave Feminism Takes Form 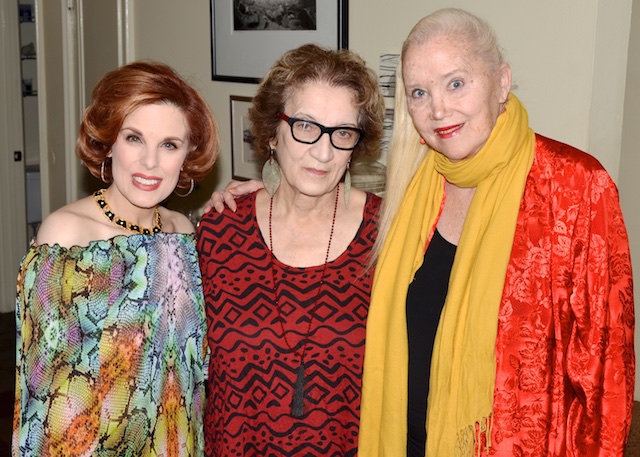 On an evening in June a small group of film makers, artists and activists gathered in a Hollywood apartment overlooking the 101 freeway and the Capitol building to view the first 22 minutes of “FEMINISTS: What Were They Thinking?” a fund-raiser of this documentary in the making.  Cheryl Swannack and Gretchen Landau (Producers) with Johanna Demetrakas (Director) have initially carved out a narrative of 22 minutes from interviews from feminist notables who were part of the Second Wave of the movement as featured from Cynthia MacAdams‘ book “Emergence,” with stories that span from 1974-1977.

Kat Kramer was the host for the evening’s viewing fundraiser. Kat’s original interest in the film stems from one of her projects, Kat Kramer’s Films That Change The World. “FEMINISTS: What Were They Thinking?” fits neatly into her vision of this yearly event. In attendance for the evening were Sally Kirkland (whose torso is featured on the cover of Emergence) and Aloma Gruskoff, who was part of the of the book, and now she is part of the documentary. The evening’s viewing was targeted to help people envision the possibilities of where this film could go and the impact it could make as all these remarkable stories were told in a compelling manner on those who were critical parts of the 2nd wave of feminism. 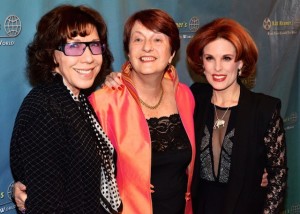 After Kat presentation that highlighted the message of the film and the potential for Academy consideration. Johanna Demetrakas then followed with a brief introduction for the screening of the project. One of the thoughts she shared with the group was a particularly interesting statement she made at the beginning when she said, “This time what’s exciting me, is to make a film about culture. Because culture is so difficult to control: culture happens! I believe the Feminist movement has created culture, but it has also come up against culture in terms of sexism and misogyny. We know what happened with 40, 35 years ago was incredibly powerful. I found myself for the first time connected to culture.” Johanna finished her presentation and opened the room to experience the edited footage as it stood at this moment in production. There were interviews with Aloma Gruskoff, Meredith Monk, Lily Tomlin and Jane Fonda set against rare and interesting footage of the second wave feminism from the seventies. The sound design was exceptional and the production values that were exemplary. The push for the evening’s event was to take the film to the next level by adding more voices to the project that would include more interviews of Judy Chicago, Patti Smith, Chynna, Michelle Phillips, Lily Tomlin and Jane Fonda together.

The evening wound down with a Q&A of Johanna Demetrakas and Gretchen Landau. During the Q&A comments that spanned from the scope of Feminist subject matter, the details of revolving around production and praise for the quality of the production as it stood at the moment. “FEMINISTS: What Were They Thinking?” intent is to document the 2nd Wave if Feminism, to educate and inspire the growing interest within the emerging 3rd Wave happening now across the country and the world. For those inspired with the ideas driving this film and are interested in being a part of this production you can contribute by donating funds to the “FEMINISTS: What Were They Thinking?” website at www.feministswhatweretheythinking.com to be a part of history in the making and the 3rd Wave of feminism. 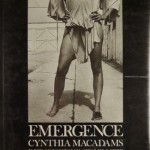 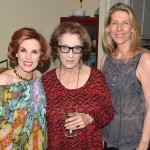 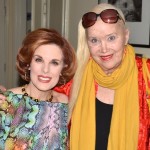 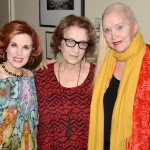 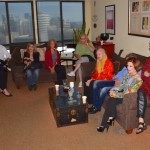 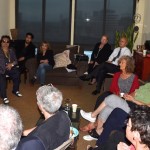 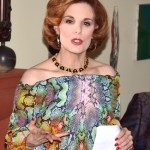 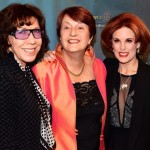 All photos by Billy Bennight. All rights reserved

Billy Bennight is a writer, photographer and wardrobe stylist with expertise and years of experience in these disciplines. His musical youth started as a Punk Rocker and has expanded into exploring many genres of music, with an keen interest in art, fashion, photography and writing. He shoots celebrity events and red carpets for The Photo Access and ZUMA Press. He is a member of the Los Angeles Art Association. His images have been published in The Los Angeles Times, People Magazine, Wall Street Journal and Vanity Fair. He's very engaged in life. You can follow him on his Facebook page at: www.facebook.com/billybennightartist and on Instagram and Twitter @billybennight
View all posts by Billy Bennight →
This entry was posted in Movies, News & Sports and tagged 2nd Wave, 3rd Wave, activism, Billy Bennight, civil rights, documentary, feminism, Feminist, Movie, Second Wave, The Sting, Third Wave, Women's Interest, Women's Rights. Bookmark the permalink.