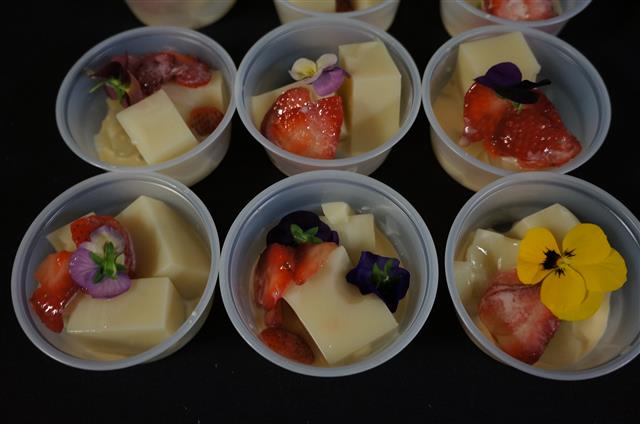 The LA Weekly’s list of 99 Essential Restaurants is full of excellent picks. My own list would cover a lot of the same ground, although the South Bay and the Valley would get a little more attention. I was really looking forward to the event. Last year the otherwise fantastic event was marred by a slow check-in process and insufficient food. This year they streamlined the check-in process, so we entered the event a half-hour in, and I had a game plan ready.

I headed straight for Maude, because it is a hard reservation to get. Chef Curtis Stone had prepared a Juniper Lime Potato Chip with Osetra Caviar and Butter Milk. It was really intense considering its simplicity. Then I decided to trip around the room, photographing everything and eating at the tables with short lines, saving long lines for the end. I am a total fangirl for chefs. I hang around restaurant kitchens like some girls hang around the backstage door. So I enjoyed socializing as much as I enjoyed eating.

There was a lot of seafood on the menu last weekend. An eternal favorite is Neal Fraser’s Redbird, which served up a complex and multilayered curry soup topped with sweet fresh crab. You would think the spices would overwhelm the delicate flavor of the crab, but it was a nice pairing. Connie and Teds had a huge line for their raw bar with Providence  Big Rock Oysters and Topneck Clams. Chef Michael Cimarusti happily joked around with the guests as he shucked.

ink served a lovely Crab Toast with Fennel, and Pot had my favorite ingredient, uni, in its “Beep Beep Uni Dynamite Rice.” I’m not sure whether or not the “Beep Beep” on the sign is really part of the name, but I like it. There are always a few ceviches at these things, and nobody does it better than Hungry Cat with a crab, shrimp and clam ceviche with avocado and aji amarillo served on a masa chip. They also served Greyhounds, so bonus points for them. Con’i Seafood also shone with a ceviche with shrimp and octopus. Racion’s soup with ceviche convinced me to have my next Pasadena lunch there.

The chefs did not neglect the swine. Jitlada can always be counted on to set my face on fire. Jazz served up a char siu-style pork, which was uncharacteristically mild. But the rice was a palate scorcher. They wouldn’t let us down. Sotto went nose-to-tail with a Smoked Pork Heart with Marinated Cabbage, Olive Pistachio Pesto and Breadcrumbs. I was very pleased with Belcampo’s rich pork rilletes on a simple cracker. Everyone adored the Viet Coconut Braised Pork and Quail Eggs that Little Sister served in Chinese takeout boxes.

Chef Bruce Kalman of Union brought his exquisite meatballs. A guest asked, “What kind of meatballs are they?” I interjected, “Meatballs of the GODS.” The chef said, “They’re pork. But thank you.” Baroo had something new for us in the form of Ssam, braised short ribs and rice wrapped in three kinds of leaves to make a cute compact bundle. It was delicious as well as adorable. Another fun dish was the Tom Kha Gai Custard from Sang Yoon of Lukshon and Father’s Office. You would not expect custard to be spicy, but the jalapeno was front and center.

It’s really not LA without Mexican food. We are always happy to see Mariscos Jalisco, who prove that you only have to do one thing if you do it really, really well. Their fried shrimp tacos have a special place in my heart. And probably my arteries. El Huarache served a feast of gorditas and the eponymous huaraches filled with mushrooms, huitlacoche, and other exciting stuff. Cochinita Pibil Tacos from Chichen Itza were excellent. Chef Ray Garcia of Broken Spanish threw a curveball by serving Yellow Beets Pibil.

Growing up, I attended Our Lady of Guadalupe Catholic school. Catholic schools do not have cafeterias, but on Thursdays mothers volunteer to make hot lunches to raise money. It is usually hot dogs. But at OLG my mom was in the kitchen with six really fun and sweet sisters, and they liked to mix it up with burritos and tacos. Last Saturday when I took a bite of Burritos la Palma’s birria de res burrito, I was suddenly transported back to the days of plaid uniforms and Thursday lunches. I had completely forgotten those burritos. But I will never forget the Maldonado sisters.

Besides beets, baby eggplants made a showing at Mozza, stuffed with cheese and pine nuts. One of the cooks wanted to mention that they were “free range eggplants.” There were only a few desserts. So I was especially happy with Button Mash/Starry Kitchen’s almond agar agar with fresh, ripe strawberries. Corazon y Miel served Pelon Punch with reposado and a variety of citrus fruits, so that made a nice ending for the evening.

By 8pm most of the tables were closing, having run out of food. So I missed out on Jon and Vinnys, Bludsos, Trois Mec, Bestia, Republique, Melisse, and countless others. But when there are so many restaurants, I’m not sure it’s possible to hit every one. That is always my goal, but maybe I need to mellow out a little and just enjoy myself. How can you covet Jon and Vinny’s burrata when your mouth is full of Redbird’s curry and crab? Even though the room was too big to cover, I did have a fantastic time and ate a lot of amazing food. 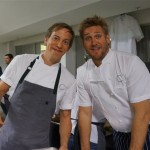 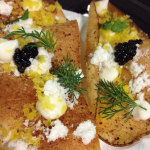 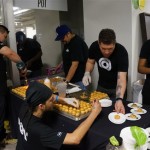 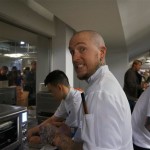 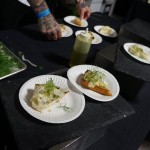 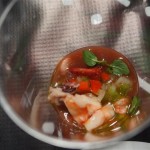 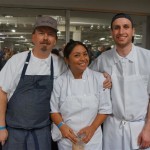 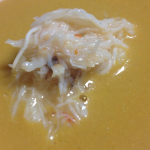 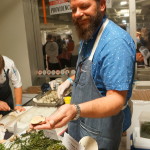 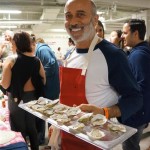 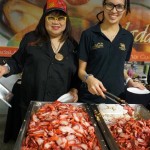 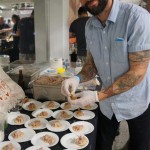 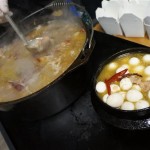 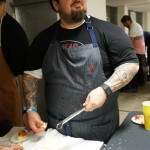 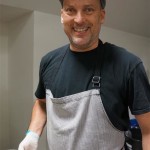 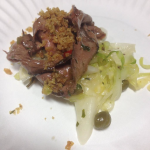 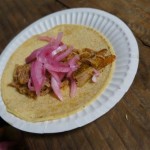 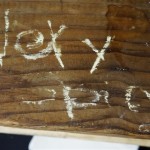 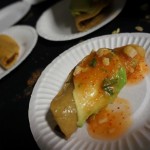 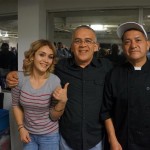 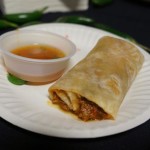 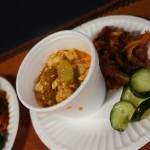 Born and raised in the great city of Los Angeles, this food, culture and music-loving punk rock angeleno wants to turn you on to all that is funky, delicious and weird in the city. While Elise holds down the fort, her adventurous alter ego Kiki Maraschino is known to roam the country in search of catfish.
View all posts by Elise Thompson →
This entry was posted in Cocktails, Beer, Wine & Weed, Food. Bookmark the permalink.