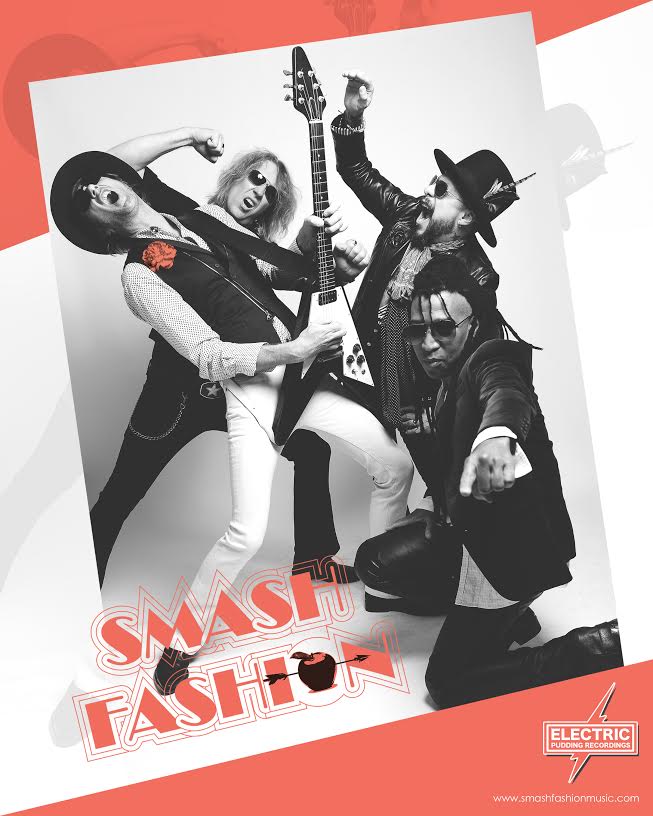 In a title bout of power pop heavy weights, Los Angeles’ Smash Fashion will pair up with veteran rockers The Smithereens this Saturday at The Rose in Pasadena. In the far corner is Smash Fashion, the home town boys delivering their flash-forward take on 1970s glam and pop/hard rock. The brainchild of vocalist, guitarist and dandy Roger Deering, Smash Fashion proudly carries the traditions of their rock idols (T. Rex, New York Dolls, Bowie and Elton John) in their own contemporary flavor. Chainsaw guitars reminiscent of Davy Johnstone, huge drums and catchy lyrics please pop music purists and rockers alike. Following the band’s acclaimed 2014 release “Big Cat Love,” Smash Fashion offers a glimpse of its upcoming new album with a recently released 7” featuring “Junkie Luck” and “Long Blonde Animal,” an up-tempo burner with a hypnotic, metal-ish guitar riff. Like its previous releases, the 7” boasts superb production values worthy of the most classic works of their idols.

The Smithereens, with their Yosemite Sam-inspired (“Varmint, I’ll blow you to smithereens!”) name, have been broadcasting their New Jersey take on 60s and 70s classic pop music since 1980.  With several Billboard Hot 100 hits, including “A Girl Like You,” “Too Much Passion,” “Only a Memory,” and “Blues Before and After,” and many movie soundtrack recordings through the late 80s and 90s, the band never stopped recording and touring. Their most recent album “2011” is a back-to-the basics effort that captures the essence of their strong live performances. Founding members Pat DiNizio (vocals and guitars), Jim Babjak (guitar & vocals), and Dennis Diken (drums & percussion) plus new bassist Severo Jornacion (2006) are in the midst of a nationwide 17-city tour, rocking their Byrds, Big Star, and Cheap Trick-inspired sounds.

While the pairing of Smash Fashion and The Smithereens suggests a cataclysmic event, this show is less a big ring bout than a celebration of hard rocking, hook-laden power pop. 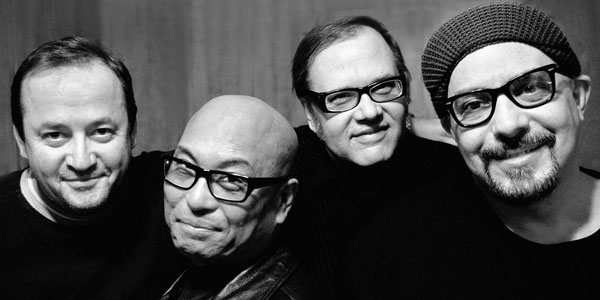 This entry was posted in Miscellanious, Music and tagged Roger Deering, Smash Fashion, the rose, the smithereens. Bookmark the permalink.