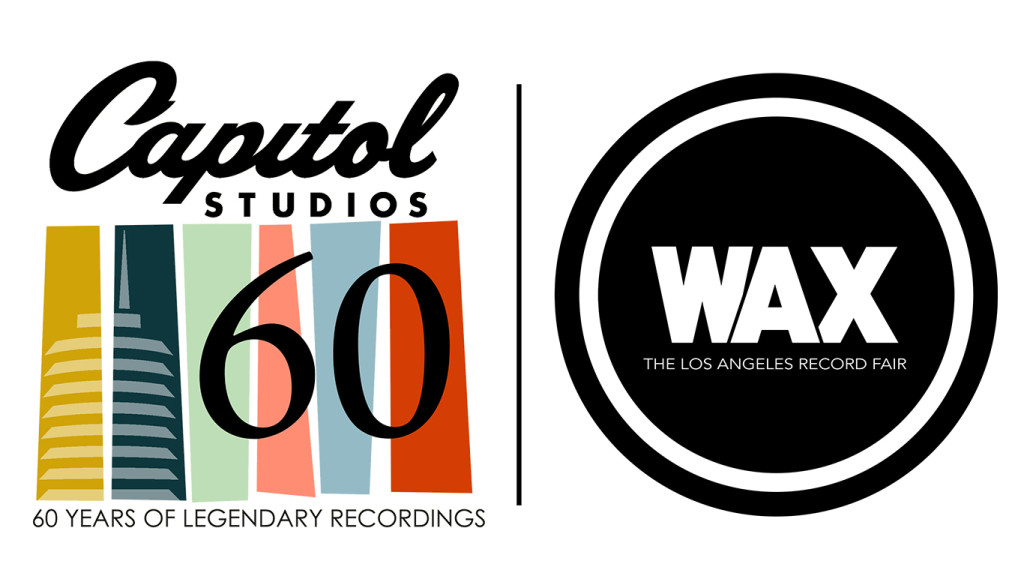 Back for its second year is WAX – The Los Angeles Record Fair, in conjunction with Capitol Studios’ 60th anniversary party. The weekend of May 21 and 22 plays host to a multitude of events surrounding the iconic landmark, celebrating its pivotal role in recorded music.

First on the agenda is your chance to take a look behind the scenes inside the recording studios where you’ll be regaled with stories about some of the legendary recording sessions that have taken place there. The studios opened on February 22nd, 1956 and the first client was Frank Sinatra. You can’t think of Frank without thinking of Capitol Studios, and vice versa. His best work was recorded right there, in the building.

If you’re a record collector, you certainly will love the WAX record fair. Last year, Don Was, president of Blue Note Records and acclaimed producer, was on hand to chat, meet, and greet. The parking lot gets turned into a great open-air record fair, with some great deals and rare vinyl. In short, it’s a vinyl lover’s paradise.

You’ll also be afforded the rare opportunity to go inside the iconic tower for a tour and demonstration of the record mastering process. I took the tour last year and found it captivating!

There’s also the 24 Hour Recording Challenge, where artists from the Capitol Music Group will be invited to write, record, mix, and master a song, all within a 24 hour period. This particular event will not be open to the public, but it will be filmed and covered by social media.

The VIP guests haven’t been named yet, but I have a hunch. I’m not one to speculate, but you think about it. Which other acts do you associate with Capitol Records?

Ivor Levene likes to interview musicians, write about music and musicians, play music, listen to music, read about music, photograph musicians, and anything else you can think of with music. He has been involved with the music scene for over thirty years and his posts have appeared all over the place! Ivor says "I'm going to write about music as long as I have something to say".
View all posts by Ivor Levene →
This entry was posted in Events, Music, News & Sports, Upcoming Events and tagged #CapitolRecords, #CapitolStudios, #WaxRecordFair, records, vinyl. Bookmark the permalink.