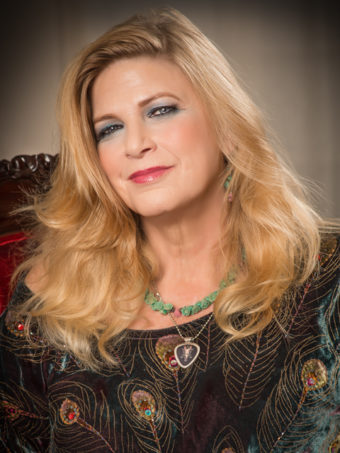 Want to re-live the Sunset Strip of the ’80s this weekend, right on the Sunset Strip?  If you’re going to take a walk down memory lane, it might as well have the soundtrack of Guns N’ Roses playing in the background, right?

Renowned rock manager Vicki Hamilton will be reading from her new book “Appetite for Dysfunction” at Book Soup this Saturday, July 9th, at 5pm.

Her book, “Appetite For Dysfunction –  A Cautionary Tale,” isn’t your usual tell-all tome. Far from it, it’s an insider’s look at the ups, down, and in-betweens of managing some of the most legendary acts who ever prowled the strip.  The book starts off at the formation of Guns N’Roses, but it’s not an account of their story, it’s an account of Ms. Hamilton, detailing with what it was like for her to manage the group, and the effect it had on her.  The book is very sobering, especially for those (of us) who have ever had rock dreams.

Vicki Hamilton managed and helped shape the career of Guns N’ Roses before their meteoric rise, worked with Mötley Crüe and Poison, worked with David Geffen and Elliot Roberts (Neil Young’s manager), and was one very key player in the ’80s music scene.  Pretty impressive stuff in such a male-dominated business.

This has to be one of the most poignant tales of working inside the music business I’ve read in a while, and I highly recommend it to anyone who’s an aspiring writer, musician, or just a plain old rock music junkie.  Its underlying message is that anything is possible, and in this town, it really is. I found myself  cheering for Vicki every step of the way!

Book Soup is located at 8818 W. Sunset Blvd, right in the heart of the strip.

Ivor Levene likes to interview musicians, write about music and musicians, play music, listen to music, read about music, photograph musicians, and anything else you can think of with music. He has been involved with the music scene for over thirty years and his posts have appeared all over the place! Ivor says "I'm going to write about music as long as I have something to say".
View all posts by Ivor Levene →
This entry was posted in Books, Events, News & Sports and tagged Guns N'Roses, vicki hamilton. Bookmark the permalink.