Last week, Cyndi Lauper brought her Detour tour to the Greek Theatre, in support of her new, country music covers album of the same name. Lauper, whose stage banter is highly enjoyable, poked fun at herself for this genre change – “So what, you’re doing country now??” (exaggerated New York accent) – and then explained that the project had always been on her bucket list. As she explained, she grew up listening to singers like Patsy Cline and also watching Westerns on TV with her siblings, all of them hyped up on sugary cereal.

Lauper had tons of energy and her voice was every bit as epic as in the early days of her career.  After opening the set with “Funnel of Love” (Wanda Jackson) from Detour, she alternated between the country tracks and classics from She’s So Unusual, True Colors, and Night to Remember, as well as “You Don’t Know” from Sisters of Avalon (1996) and “Just Your Fool” from Memphis Blues (2010). There were nice steel guitar flourishes here and there to update the old hits and tie things together a bit more. It was a thrill to hear her hit the high notes in “When You Were Mine,” which she prefaced with a sweet story about how funny Prince was and how often he came to see her play. In between, she teased audience members who were clearly very drunk, told the stories behind the songs, and dropped bits of wisdom, including her response to an “I love you” from the crowd: “Don’t ever confuse the music with the person. I could be a rat bastard.”

Photos after the jump

Other Detour tracks included “Walkin’ After Midnight” (Patsy Cline), “I Want To Be a Cowboy’s Sweetheart” (Patsy Montana) and “Heartaches By The Number” (Ray Price). Lauper’s vocals suited the songs well and I appreciated that she didn’t attempt to change her style of moving around onstage to match country artists. She did bring out a dulcimer to give us that lovely version above of “Time After Time,” as well as “True Colors” and “Misty Blue” (Eddy Arnold) from Detour.

Lauper wrapped up the concert with a heartfelt plea for everyone to vote, reminding us that human rights issues were on the line. “I’m just sayin,'” she added in a cute voice. Yes, ma’am. 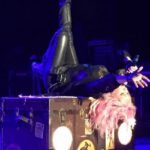 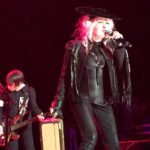 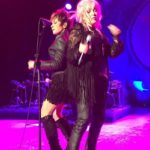 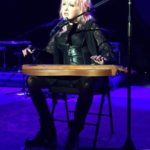 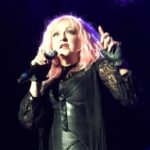 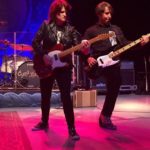 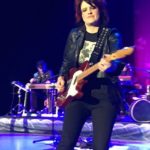 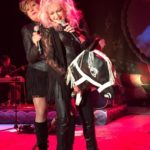 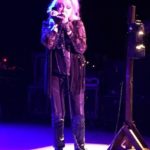 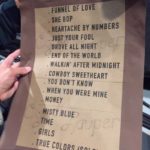 Video and photos by Bryan Do

Simone Snaith writes young adult and fantasy novels, and sings in the band Turning Violet. A fan of scifi, fantasy, the supernatural and most things from the '80s, she enjoys reviewing music, books and movies. You can read about her own books at simonesnaith.com.
View all posts by Simone Snaith →
This entry was posted in Miscellanious and tagged 80s music, country music, Cyndi Lauper. Bookmark the permalink.