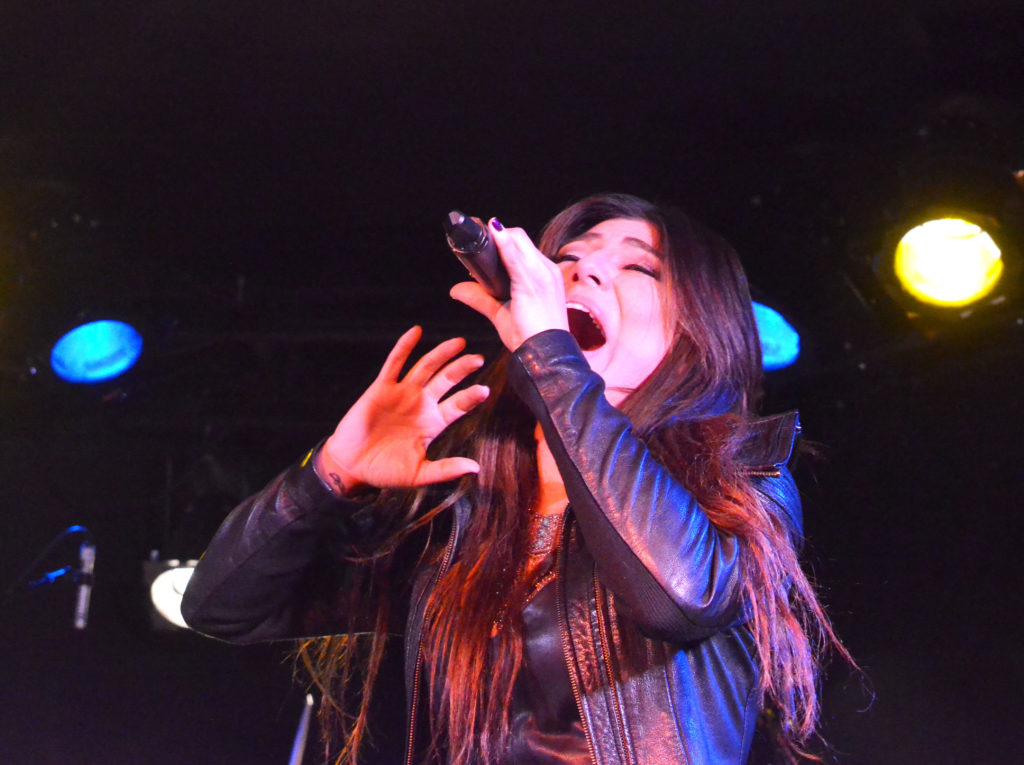 The last night of the Electric Angels tour was held Sunday Nov. 20 at The Blue Note in Harrison, Ohio. Four local acts from Cincinnati and Dayton supported touring nationals Nashville’s The Nearly Deads and L.A.’s Valora gracing the stage as the evening showcased a spotlight on the ladies. All bands were female led, some having more than one in the group. The bill was diversified with singers, screamers and yellers. From punk, to rock, to retro, to pop, all unleashed their siren call, one way or another.

The Electric Angels Tour kicked off October 28 in Sioux City, Iowa for L.A. based headliners Valora who last trekked the states in 2011, kicking off the electricity with co-headliners the Nearly Deads for the 13 date cross country trip. The Blue Note stage got the last stop and the lucky 13 spot, with the tour hitting South Dakota, Illinois and Minneapolis before a few stops in Indiana and the Buckeye State.

Locally it was also the evening’s fourth annual Syrens of Cincy show hosted by Savage Blade Productions Christy Mac. Local support was given by Glassworld, Avanti, Blindside Drop and Secret Circle Society. The night marked the first time the event was held at the Blue Note. The first Syrens show in 2012 featured local talent headlined by Mac’s band Wicked Intent and was inspired by a 2009 Detroit show opening for Kittie and Doro. 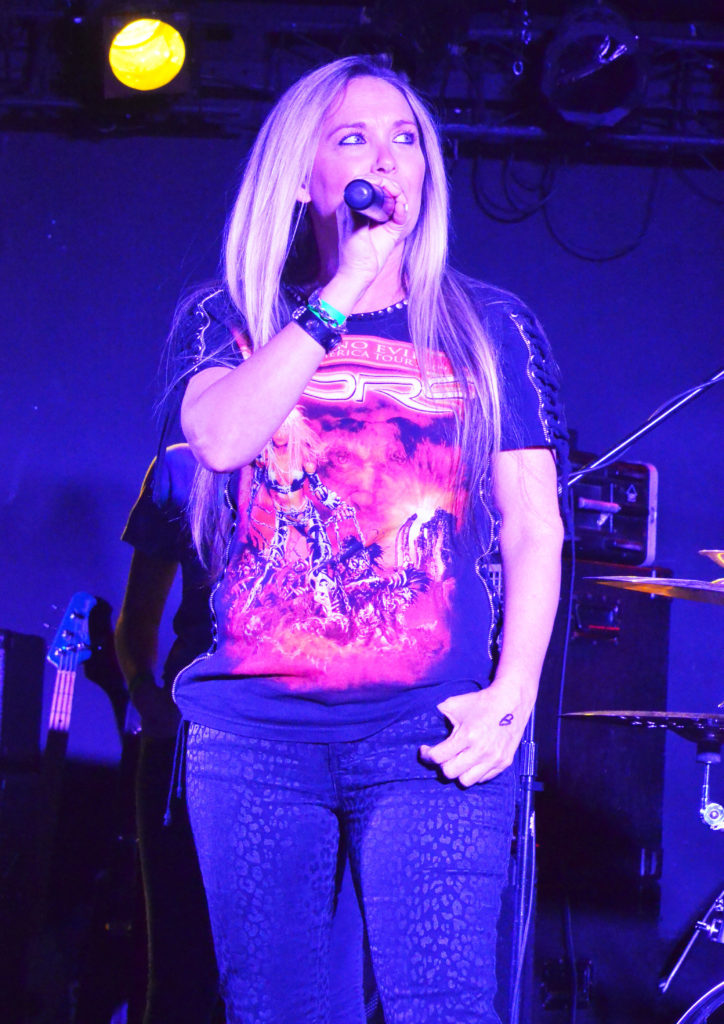 “It’s pretty neat to be a part of and bring everyone together,” Mac says. In years past there were other local female showcases. “As far as I know, we’re pretty much the only ones around that have continued this on.”

“I lucked into it, I have enough support locally. I bring a crowd when I play.”  Her band got to play the Doro show through networking and connections. “I got lucky. There were so many other bands that wanted to play, and I got in there. I love her to death, her energy that comes out when she plays, you can tell she truly loves what she does. She’s still got the fire. She’s awesome.”

Mac is always on the lookout for potential female fronted bands for next year’s show and potential others, whether it’s local, regional or national talent. She got some stage time thanking everyone for being there. 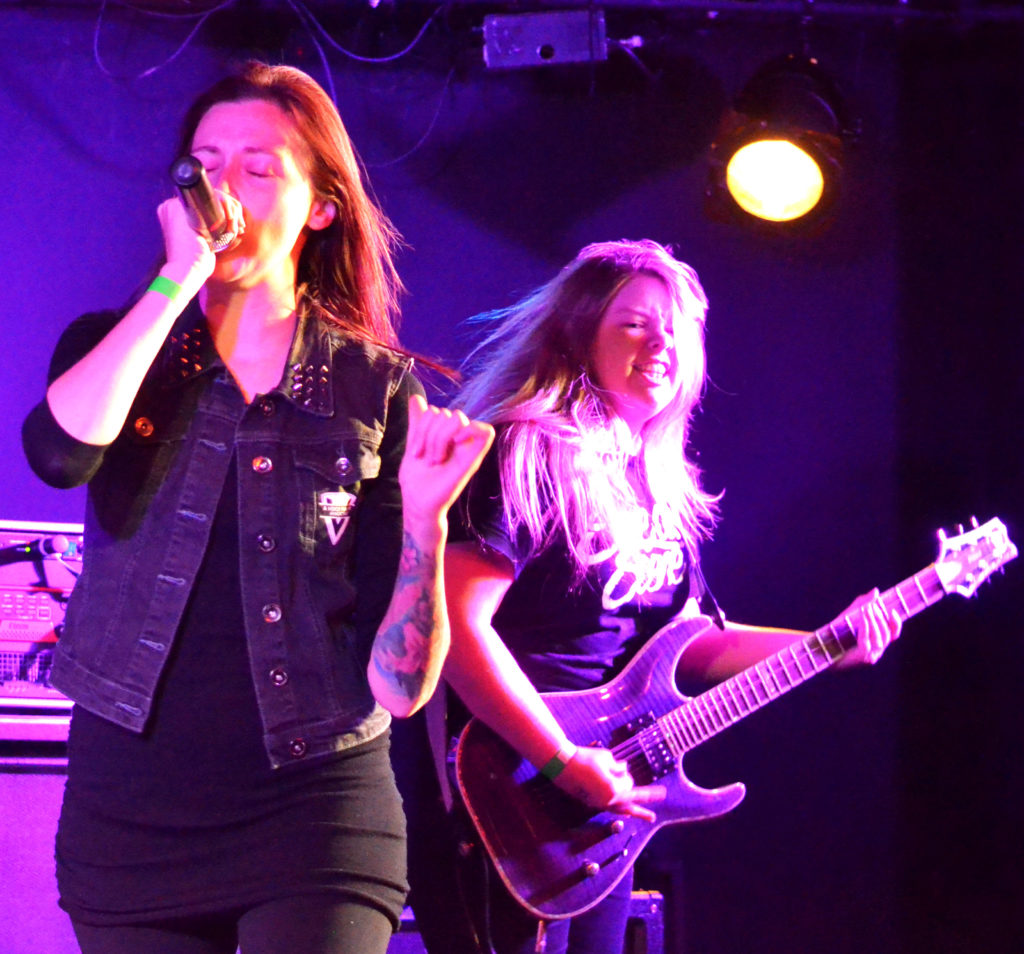 Glassworld began with some ear piercing hardcore, handing the crowd a loud earful to start the evening right. Vocalist Bethany Durbin let the throat-ripping screamin’ demons out early as guitarist Stephanie Roat exercised the banshee a few times on mic. With bassist Britten Whitlock and drummer Danny Hutchinson they’re only a few years old but have played with Hawthorne Heights, Red Jumpsuit Apparatus, Blood on the Dance Floor and Wolves at the Gate, bringing a brash collection of genre influences including rock, metal, hardcore, pop, emo, and punk.

Cranking out five tunes on the opening set they left the crowd “Breathless” half-way through leaving their final statement on “High Tide.” 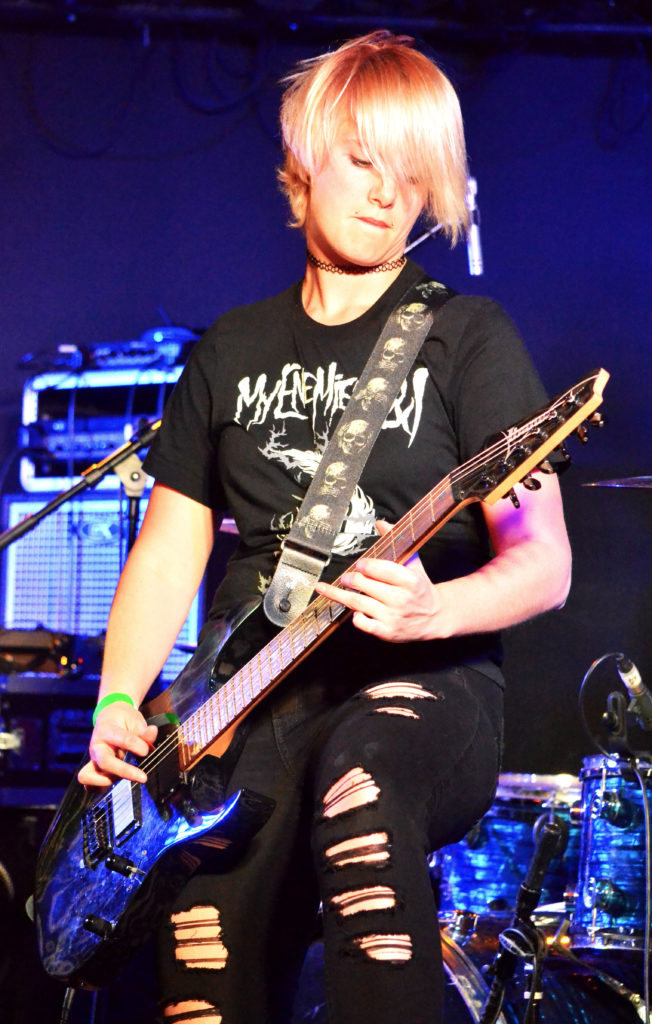 Avanti came next with another double femme fatale assault on mic and guitar from Cincinnati. The post hardcore presence continued. Lead guitarist Cameron Gulley went to work on his six-stringer, playing half punk and half UFC fight with the strings and body as rhythm guitarist Delilah threw down in style reminiscent of the punk queens before her.

“Pretense” took the vocal style of Eyes Set to Kill combining a hard punk edge and metalcore elements to make a potent tune. Vocalist Jasmyne took a tour of the crowd mid-set making new friends and fans as the band collectively gave off a big show feel. 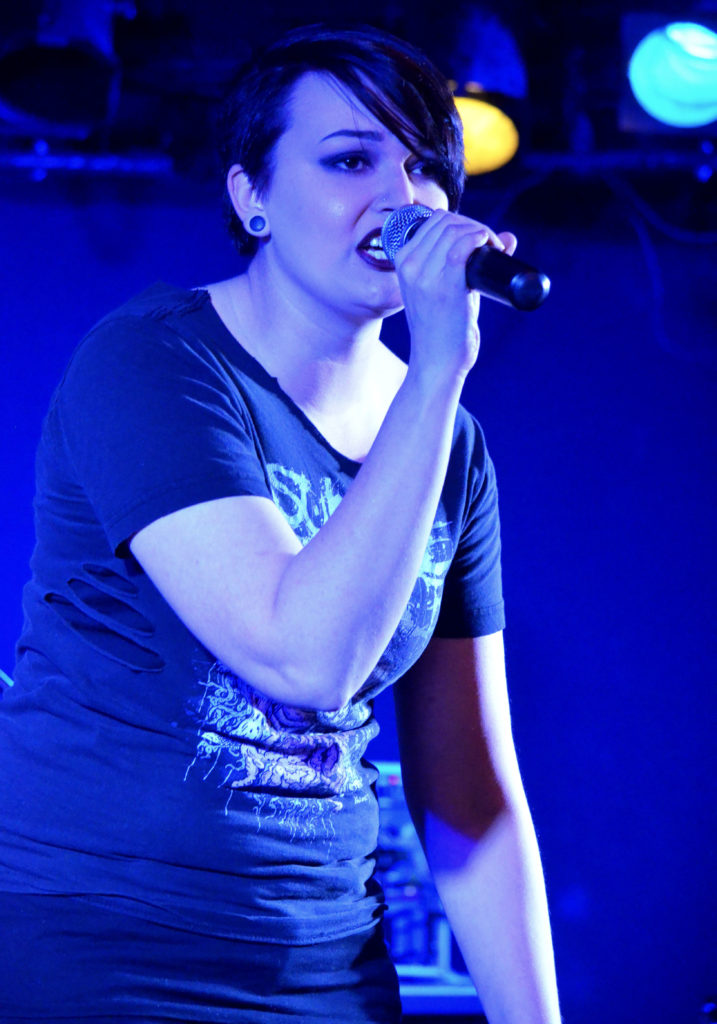 Blindside Drop  brought Lexington in the house, bringing some pop and grunge flavors with the voice of Brittany Means. Playing tunes of the Wish EP, Means and rhythm guitarist, vocalist
Stefany Moran supplied the beauty while lead guitarist Mark Wolf, bassist Michael Wolf and drummer Ryan Profitt carried the brawn. They brought an energetic addictive sound blending pop, punk, rock and new grunge into a formula pleasant to the ears. Opening with some rock n’ roll on “Walk Away.”

There were some opening flavorings of metal on “Liar Liar” with some Courtney Love influenced drama holed up with pop punk sound, Avril Lavigne would’ve been proud.

“Tell Me” had the potential to be their pop-punk anthem. The grungy strings of single “I Wish” smashed ears as “Erased” opened a little proggy with notes and a chorus that would stick in your head for a few days. They ended with some “Chop Suey.” 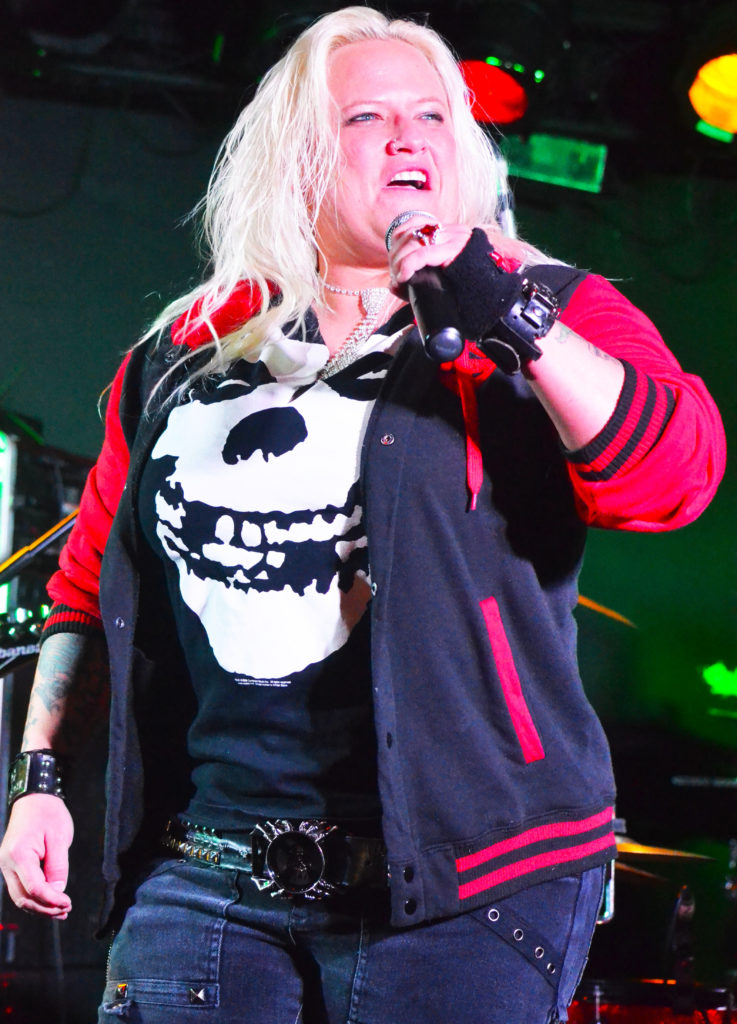 Dayton’s contribution to the night Secret Circle Society  brought a crowd on stage with a fusion of rock, punk and metal with hints of folk and a retro ‘60s flare. Dawn Rose handled rhythm guitarist and vocals, Stephie handled backup and Mystie Rose led the charge with power lungs and the occasional warlord-like roar. with Joe on bass, Tony on guitar and Wayne on drums. “Sweet Pain” brought back the psychedelic love and peace of the hippie generation for those not around at the time. “So Special” brought out the feminine punk power, concluding with ‘80s classic “Died in your arms Tonight.” 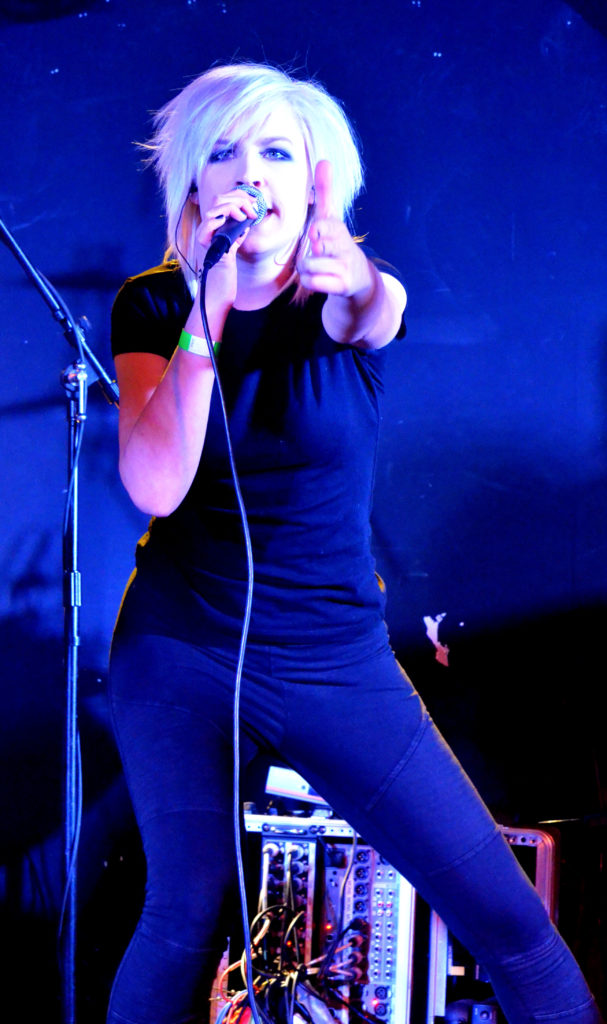 The Nearly Deads started the two band main event. Described as Foo Fighters with Courtney Love singing, when she’s not carrying a bloody axe stained with zombie blood like her version of Negan’s Lucille vocalist Theresa Jeane prowled the stage like a clawed Cheshire cat.  Pink meets Roxette could also describe the black-clad vocalist as she attacked the stage and mic ready to reign down some all ages approved tunes. Lead guitarist Steven Tobi, bassist Kevin Koelsch, rhythm guitarist Javier Garza Jr, and drummer Josh Perrone played along treating the stage like a mini-playground.

“Never Look Back” started with a good ole fashion zombie walk… run post apocalypse. “Easy way Out” talked emotions and relationships and walking away when it got tough, commitment vs. convenience.

“Fact and Friction” blurred truth lines getting down and dirty slinging mud and paint, painting a pretty pathetic picture of liars and cheaters with guitar, drums and piano. “My Evil Ways” made a mindful, self-indulgent, short, to the point self-identity statement, don’t like it? Deal with it.

“In the morning” got classic and tranquil like a reminisced memory while “Diamond in the Rough” got nastier on guitar. They have a new EP forthcoming. 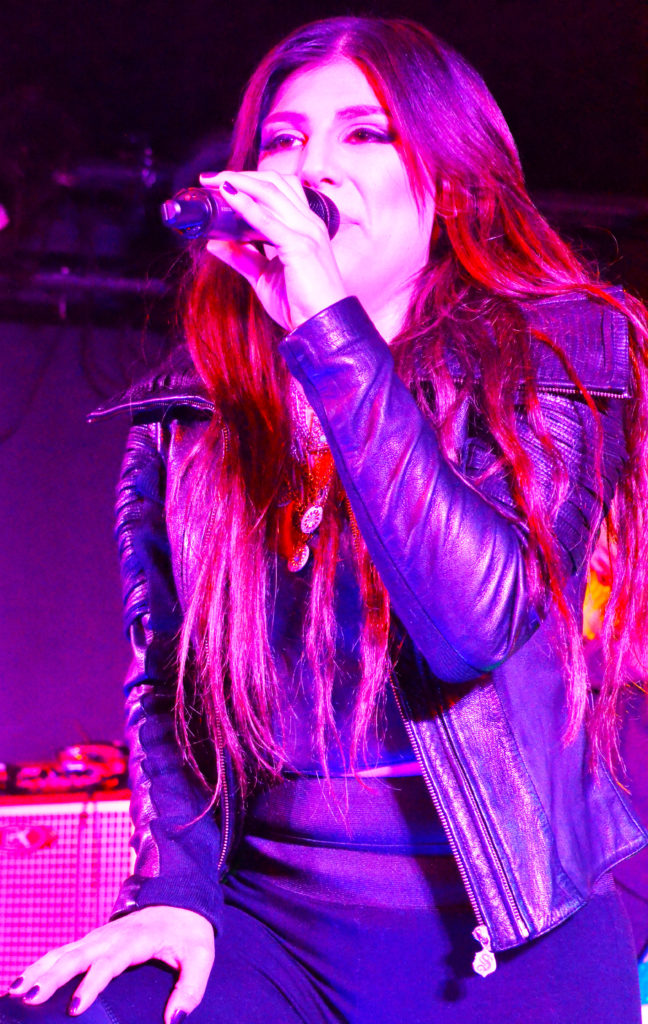 From Whittier, CA Valora was powered by the pop rock power of vocalist Syd Duran and the keys of sister, Taelor Duran with Alan Azar, Sergio Vega and Ray Biggerstaff playing the muscle and backbone. They’ve toured with Godsmack, Korn, Disturbed, Sevendust, Butcher Babies and Eyes Set to Kill, Steel Panther and more. The bands had a rough and tumble history which Duran’s channeled into three octaves and songs about personal turmoil, betrayal, love and the fact that life isn’t always happy and full of struggle.  Her career in music started early at 5, thanks to America’s favorite past time and hearing the National Anthem at a Dodgers game.

The California native took influence from a multi-decade pallet of respected voices, relishing the role of the outcast. They caught major attention after the group made a DIY video for “I waited for You” and Syd played for some record execs, earning a contract on the spot.

“No Matter What” opened with rock star feel and appeal.  “I waited for You” played out a warning suitable for all ages; don’t hurt/break the heart that loves you unconditionally. “Extreme” rocked up the route of pop diva with some Fergie and Gwen Stefani along with some freaky individualism. They decided “Let’s Be Bad” together, taking things wherever they went.

Mid-show The Nearly Dead’s ran up for the end of the tour live prank, participating in an on stage bra and panty raid. Both bands were fully clothed at the time of the lingerie bust. The band kept their focus as the undergarments flew with some unique crowd participation.

They covered Breaking Benjamin’s “Blow me Away” a track with Duran’s guest sung on, ending with techno-keyboard flavored atmospheric tour namesake “Electric Angel.” 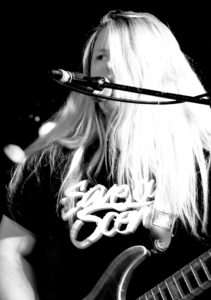 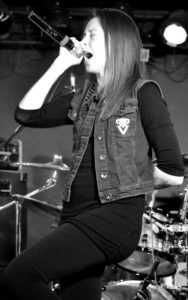 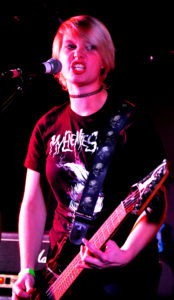 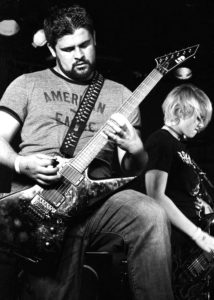 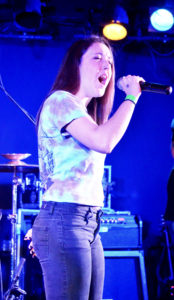 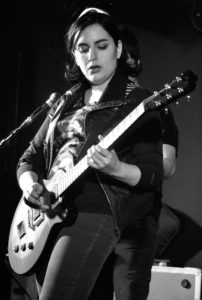 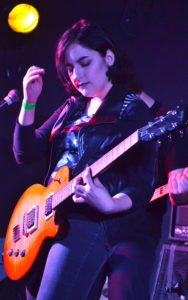 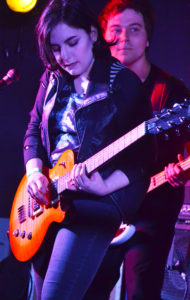 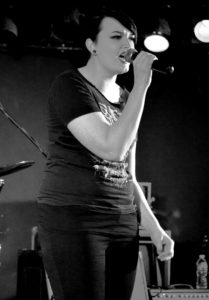 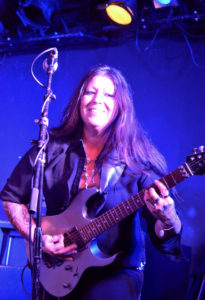 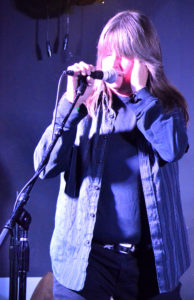 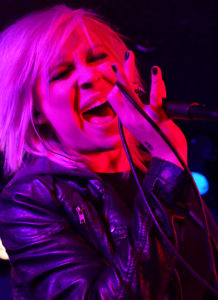 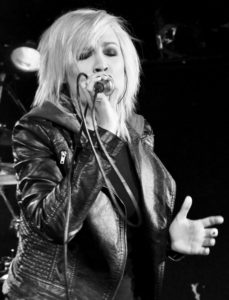 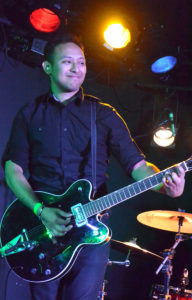 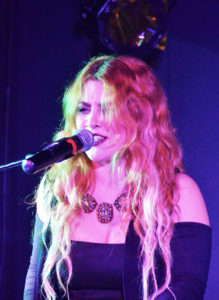 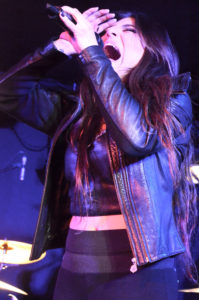 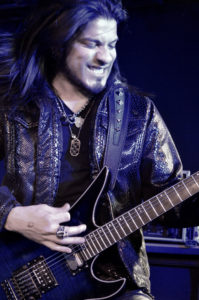 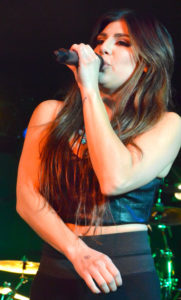 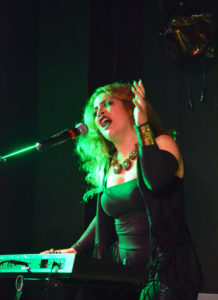 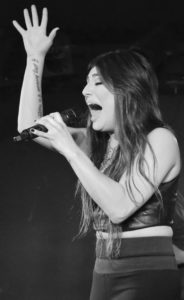