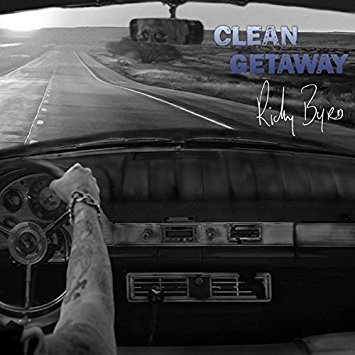 “An important part of this journey is giving back and spreading the message. I do my best talking through music…as a recovery troubadour.”-Ricky Byrd

For the last five years now, Hall of Famer Ricky Byrd, founder of the non-profit charity Clean Getaway, has been tirelessly leading recovery music groups across the USA, at various treatment and detox facilities.  Clean Getaway states their mission thusly: to bring awareness, education, prevention and addiction resources to those suffering from drug and alcohol addiction, through the healing power of music. It strives to accomplish this through an on-going series of concert events, music outreach sessions and early education/prevention programs; all of it a “labor of love” for Ricky Byrd.

At the end of each session, patients ask him where they can get the songs he played. That recurring request inspired Byrd to raise the money (via an online music campaign) to record Clean Getaway. It’s an impressive collection of 12 songs that take an in-depth,  unflinching look at the complete life experience of addiction and recovery. The CD had its beginning in February of this year, when Byrd settled down to business in the studio, bringing together various songs Byrd has written for his musical groups past to present, with the enthusiastic assistance of a dazzling array of stellar artists.

As an ardent admirer of Ricky Byrd’s awe-inspiring prowess on guitar, his performances presented on this CD were hardly a surprise to this writer. However, this album gained new respect from me for Byrd’s equally impressive skill as a first-rate musical director. His touch here is both deft and assured, commanding repeated listening to fully appreciate. In songs such as “Broken Is a Place” and “Addicts Prayer” Byrd’s unique sound and mastery of his craft is especially evident. However, what impresses me the most about this musical journey that Ricky Byrd and company take you on here is its no-holds barred realism and truth in the telling of its tale. From the physical and emotional pain of addiction, to the despair and desolation of hitting “rock bottom” to the singular joy, hope and lifelong self-responsibility of recovery, this album doesn’t take a single misstep…ever. 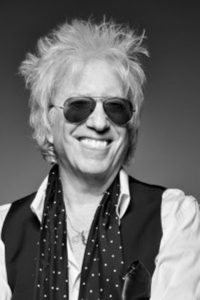 ” ‘Broken Is a Place’ is a song about my sobriety. Need to keep gratitude in the attitude.”-Ricky Byrd

Over the years, I’ve been carried along on many a journey-both good and not so good-courtesy of the countless ‘concept’ albums I’ve listened to. Listening to Clean Getaway took me on more than a journey. It took me to a time back in late 1977, when I was a green as grass, brand new psychiatric technician student; taking my trembling first steps onto a drug and alcohol recovery ward at Camarillo Developmental Center (formerly Camarillo State Hospital). All these years later, I well remember the time I worked there…and I always will. I remember the patients and the “journeys” that each of them took on their own, singular road to recovery. I think I remember it all better, more vividly, than I do even the deaths of my parents.

Those experiences have remained for me a kind of ‘yardstick’ upon which I measure every film, every album, every story that I see/hear about addiction and recovery, for its realism and truth. Clean Getaway is far more than a ‘concept’ album. It’s a journey that you won’t forget, ever. IMHO it’s a masterpiece that’s well deserving of the unanimous, five-star ratings that it’s been receiving from Amazon customers. Clearly, these people know “the real deal” when they hear it, and so do I.

The album is now available via CD Baby, iTunes, Amazon, and all other online stores, with a portion of the sales going to the Clean Getaway non-profit 501(c)(3). Best of all, every patient who requests a copy of this CD gets it for free, postage included.  To purchase the CD, click here: https://rickybyrd.hearnow.com/

Be looking for my interview with Ricky Byrd, coming soon to The Los Angeles Beat!

A native of Southern California, Shirley Peña began her career as a music journalist almost twenty years ago, writing for her websites "Stars In My Eyes: the Girlhowdy Website" and "La Raza Rock!" and progressed to creating various fan sites on Yahoo, including the first for New Zealand singer/songwriter Tim Finn. From there, she became a free agent, arranging online interviews for Yahoo fan clubs with various music artists (Andy White, John Crawford, Debora Iyall, John Easdale, etc.). She also lent her support in creating and moderating a number of Yahoo fan clubs for various music artists from the 1990s-today. As a music journalist, Shirley Peña has contributed to a number of magazines (both hard copy and online), among them: Goldmine, American Songwriter, Classic Drummer Magazine and UK-based Keyboard Player (where she was a principal journalist). A self-confessed "fanatic" of 1960s "British Invasion" bands, Classic Rock and nostalgic "Old Hollywood ", she also keeps her finger on the pulse of current trends in music, with a keen eye for up and coming artists of special merit. Shirley Peña loves Los Angeles, and is thrilled to join the writing staff of The Los Angeles Beat!
View all posts by Shirley Pena →
This entry was posted in Music and tagged Classic Rock, Clean Getaway, Ricky Byrd. Bookmark the permalink.