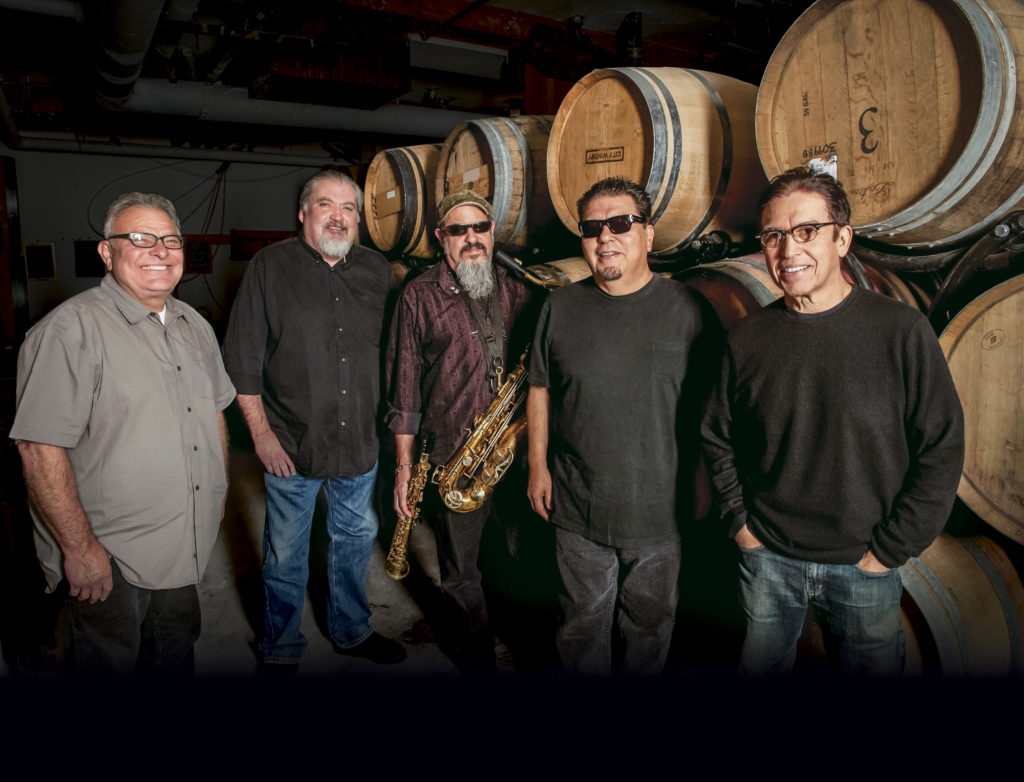 Los Lobos may be the quintessential LA band. No other band has combined rock music so successfully with Los Angeles’ rich Chicano heritage. On March 18, they bring their Los Lobos Disconnected tour to the Musco Center for the Arts at Chapman University in Orange. The band, known for their Billboard number one hit version of Ritchie Valen’s La Bamba as well as sparkling originals such as Evangeline, Kiko and the Lavender Moon, La Pistola y el Corazón, That Train Don’t Stop Here, Oh Yeah and Good Morning Aztlan, brings a fresh semi-acoustic take to these and other songs with Los Lobos Disconnected. Steve Berlin, the sax/flute/harmonica/keyboard player who left The Blasters and joined with David Hidalgo, Cesar Rojas, Louie Perez and Conrad Lozano in time to help define the then ten-year-old band’s sound with 1984’s breakthrough album How Will The Wolf Survive? filled the LA Beat in on what’s in store for the concert as well as some of his observations about music.

Q: How does the Los Lobos Disconnected tour showcase Los Lobos in a different light?

A: Unplugging the amplifiers, even though we still have a few up there, reveals more of the songs and the details. A lot of the stuff gets lost from the volume, especially the volume we play at; and you don’t really get the quality of the songwriting I think. It’s one thing that really comes out that doesn’t come out when it’s a full-blast rock show. We kind of re-conceptualize the songs a bit with the lack of volume, so it’s kind of a change a little bit. All those fans out there will hear things a little different when we’re unplugged. To me, I’d go this way all the time if it were up to me—but that’s just me!

Q: Los Lobos has done everything from traditional interpretations of Mexican cumbia, mariachi and norteño music to rock and rockabilly tunes, along with jazz, zydeco and blues influenced compositions, children’s songs and even covers of Grateful Dead classics. Were your tastes always eclectic?

A: Yes! When I joined the band in the 80’s that was the thing that really struck me. I thought my tastes were eclectic when I met these guys; they knew pretty much everything I knew, plus…. So I think that’s one of the things that makes us who we are. We’re more than adept at a lot of these different styles–that’s stuff that really matters to us. It’s something that the guys have studied for years.

Q: Your sax playing has become an integral part of Los Lobos’ sound. When you first heard the band did you think you’d fit in musically?

A: I’m stupid enough that I think I can fit into anything, so…..(laughs). I didn’t know anything at all about the norteño music tradition when I joined the band. I came from Philadelphia and a jazzish background. The people who I met when I came to Los Angeles in the 70’s were mostly R&B people—I mean old R&B people, in their 50’s, so that’s what I learned at their feet—people like The Blasters certainly and Fast Freddy [Robinson] who was my avatar. I thought I was pretty hip; and then I met these guys and they kind of knew everything I knew, plus the whole East LA tradition plus the whole Latin tradition. In that era I was hanging out with those guys plus going to college.

Q: The Musco Center is a great-sounding venue. Do you think there will be magic there the night of your show?

A: We hope every night that we play there is, some nights it just happens and some nights we need to chase it. Any night we play, that possibility is really high.

Q: Does the band smile when you play La Bamba? 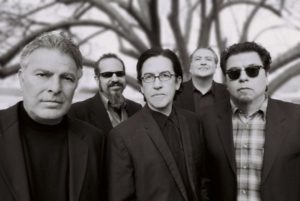 A: It makes me smile when generations of fans are enjoying that song. Obviously, we’re not shock—I wouldn’t say we’re over it–we’ve been playing that song virtually every night for over 40 years, so it doesn’t have a lot of unexplored depths , but at the same time we’re fully conscious of the fat that we’re entertainers. You can’t call yourselves entertainers if you don’t play the song that brought a lot of people to the show. Are we still excited to be playing it every night? I think I’d be lying if I said we were, but we certainly realize that it’s a really important song, o for our career and for a lot of people who come to our shows. Especially, we see kids—well, maybe they’re not kids so much anymore, they’re in their 30’s now, but there are kids that still hear it, have heard it or are hearing it for the first time now; and we’re fully conscious of the fact that if they left without hearing it that they’d be pissed off at us! We want people to walk out as happy as we possibly could have made them, so the song is never an issue.

Q: Thanks, Steve and keep up the good music!

From their first album in 1977 to their recent Gates of Gold release, Los Lobos has received three Grammy Awards, inclusion on Rolling Stone Magazine’s 500 Greatest Albums of All Time list (for How Will The Wolf Survive?) and numerous other accolades for their music. With the Los Lobos Disconnected Tour’s March 18 concert at the Musco Center for the Performing Arts, music lovers can get to hear a fresh take on many of the band’s greatest songs.

Opening for Los Lobos are the Teskey Brothers, who bring to the stage a raw combination of soul and blues mixed with Memphis and Motown style. Tickets for the March 18 concert are on sale now for $30-75 and may be purchased through the Musco Center online at www.muscocenter.org or by calling the box office at 844-OC-MUSCO (844-626-8726). All print-at-home tickets include a no-cost parking pass. Musco Center for the Arts is located on the campus of Chapman University at 415 North Glassell, Orange, Calif.

Ed is a native of Los Angeles who loves food and food cultures. Whether he's looking for the best ceviche in Colombia, the best poke in Hawaii, the best tequila in Jalisco or the best Taiwanese Beef Roll in Los Angeles, it's all good food! He also loves a good drink. He's had Mai Tais in Hawaii, Bourbon in Kentucky, Tequila in Mexico and Rum in Jamaica. His wine escapades have taken him to Napa, Sonoma, the Willamette Valley and the Santa Ynez Valley. And he's had beer all over the world! Music is another of Ed's passion, writing and interviewing many classic rock, rock and blues musicians. Getting the great stories of road experiences from them is a particular delight. Traveling also fits in with Ed's writing, exploring all over to find the most interesting places to visit, even in out of the way areas.
View all posts by Ed Simon →
This entry was posted in Interviews, Music and tagged Chapman University, Chicano, Ed Simon, How Will the Wolf survive, La Bamba, los lobos, Los Lobos Disconnected, Musco Center for the Arts, norteno, Orange, steve berlin. Bookmark the permalink.