Posted on June 1, 2018 by Tequila Mockingbird 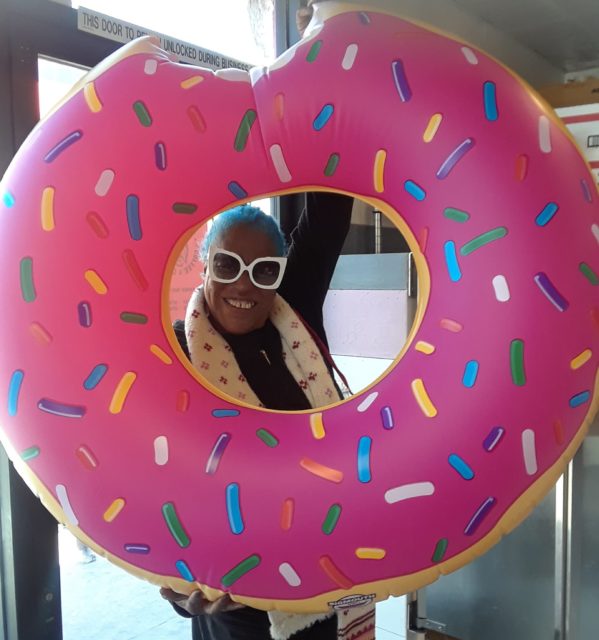 Today was National Donut Day in LA, and who better to chat up than actor and restaurateur, Danny Trejo at Trejo’s Donuts. 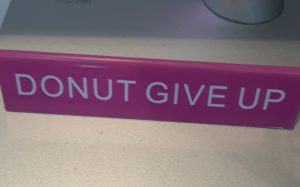 Trejo, who has many restaurants, including his popular Trejo’s Tacos, signed autographs and took pictures. I met him on the set in the 80’s and he always played a tough guy. He is one of the sweetest guys around. There he stood, inviting us into his shop. The donuts were sold out today, but don’t give up, his staff made more! Super yummy delights! Make sure you get some of Danny’s Donuts soon!

More photos after the break. 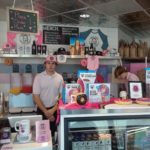 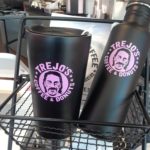 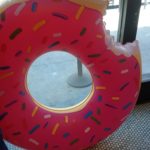 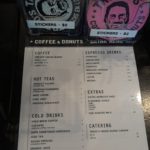 Tequila Mockingbird has been a longtime fixture on the LA music scene. Her first band was "Trouble for Nora" with Mitch Mitchell of "The Jimi Hendrix Experience." She sings with Jeff Goldblum and you can catch her show Saturday nights at Canter's. She is also a promoter, actress, writer and inventor. Her company, Do Monkey Productions, booked the historical punk rock TV show, "New Wave Theater." She has been published in Buzzbin Magazine and has a regular column in Rock City News. Recently she has created Tequila Tattoo Cream and opened The Punk Rock Museum to bring old friends together for art, music , and culture. It is located at KGB studios and curates special events all over Los Angeles in Pop up form. The museum has also contributed art to Pershing Square and Tequila hopes to curate more events for the city that she loves. www.lapunkmuseum.com
View all posts by Tequila Mockingbird →
This entry was posted in Food, Miscellanious and tagged Danny Trejo, Donuts, machete, National Donut Day, Tequila Mockingbird, Trejo's Cantina, Trejo's Donuts, Trejo's Tacos. Bookmark the permalink.