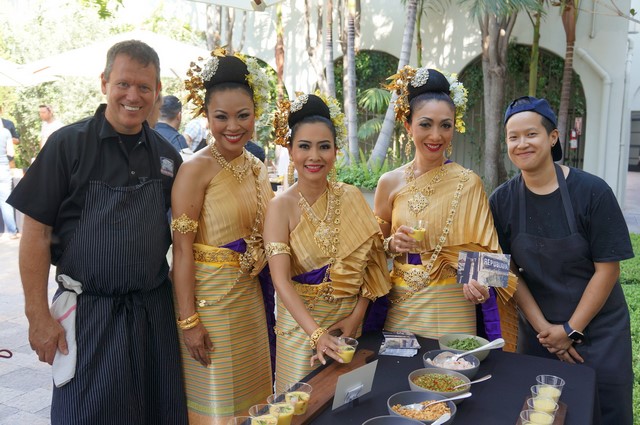 Once again, it’s time for one of my favorite food events! On August 5, 2018, from 4:00 p.m until 8:00 p.m., “Stu and the Kids” will return to the gorgeous Vibiana downtown. I love this Thai-flavored fundraiser because it isn’t too big or too crowded and you have time to talk to the chefs about the dishes. Also, it is for a good cause, and there is much bonhomie with everyone coming together for the kids.

“In 2009, Stuart Skversky, a Los Angeles rising star chef, moved to Chiang Mai to become a full-time volunteer at the Wat Don Chan (the local Buddhist temple), teaching local children English, cooking, and baking. Recognizing a need to help prepare these high-risk Hill Tribe kids following their graduation, he founded Stu and the Kids to better prepare them for adulthood,” according to the event release. 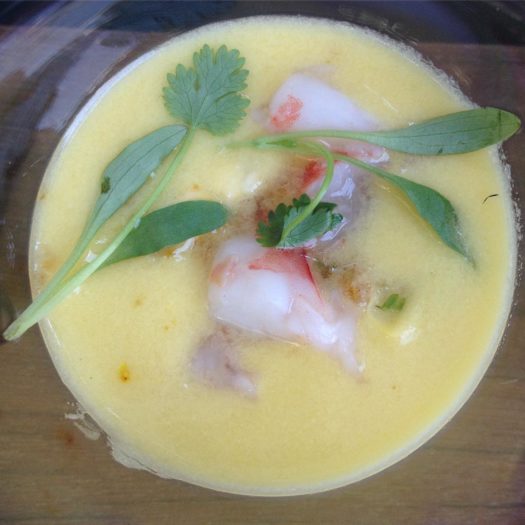 This year you can also enjoy a Thai-inspired cocktail made by tipple-smith, Joshua Lucas, pours from the Bodega Wine Bar and five other wineries, icy cold Singha Beer. Of course, you haven’t lived until you have enjoyed fresh coconut milk straight from the coconut!

There will be music and a silent auction, as well as live auction with celebrity, charity auctioneer Billy Harris of the “Hanging with Harris” dinner series. “All of the proceeds from this event will be used towards sponsorship for university education to help underserved and orphaned Hill Tribe kids in Chiang Mai, Thailand.”

General admission tickets are $125. Kids aged 6-12 $25 and kids under 6 get in free. VIP Tickets, which go for $225, include an exclusive complimentary tasting and sparkling wine at a celebrity chef cooking demo with Top Chef winner, Brooke Willamson. Please arrive in front of Vibiana at 2:00 p.m. to grab a seat as the demo starts at 2:30 p.m., sharp. There are a very limited amount of VIP tickets available so get them early!

GET YOUR TICKETS HERE!