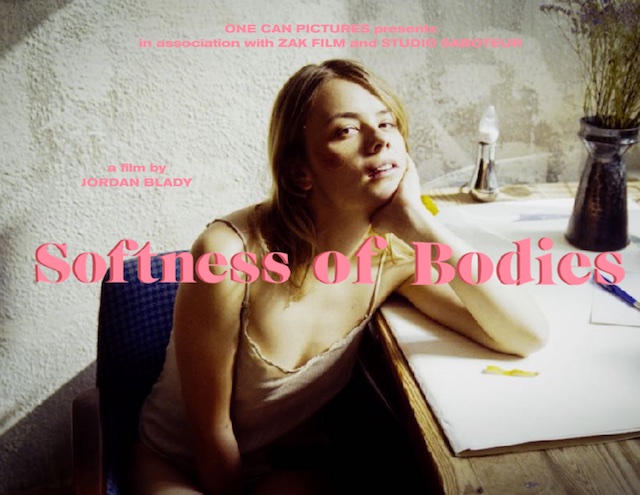 Charlotte Parks lives in Berlin; Charlotte hula hoops; Charlotte is a cyclist, Charlotte is a poet; Charlotte rolls her own cigarettes; Charlotte is a shoplifter and Charlotte is going to face a reckoning . . . maybe, maybe not. Charlotte, played by Dasha Nekrasova, is an American expat, who nestles herself in Berlin’s artist subculture as a poet but is near her undoing at any moment. The film production is set in a muted color palette that befits a 90’s indie film: dull and dispassionate. The film has a sense of the claustrophobic and mundane, restless in a dire form of its own neutrality. Charlotte is bored, snarky, amoral, disenfranchised, narcissistic and mildly sociopathic. Her roommate, Remo, played by Johannes Frick, says it best in an early scene in the film when he says, “You can stop living like a cockroach.” Charlotte is relateable and yet she’s deplorable.

Charlotte aspires to rise to the surface, but is sucked into the undertow of the bohemian life: the “looser friendly lifestyle” of the poet. It’s calamitous as she spars with fellow poet and native Berliner Sylvie, played by Nadine Dubois. It’s a passive aggressive catfight between one another where the battle is the stage, both vying for the same poetry grant and shared love interest. Charlotte and Sylvie are up to win a prestigious grant for their poetry and this exacerbates their mutual dislike for one another. Oliver, Charlotte’s ex-lover from America, is a photographer and artist who is showing his work in Berlin, and is also acquainted with Remo, so it confidante muddles things more. This association brings both Charlotte and Oliver together once again. Oliver’s appearance comes from out of nowhere for Charlotte to complicate matters even more. Then there’s her affair with Franz and his long-term relationship with Mariann. Franz and Mariann have nothing but blow back for Charlotte. Charlotte’s life is complicated, troubled and desperate, to say the least. Charlotte plays it all with snark, disinterest and disdain as things fly apart.

All of these ingredients eventually come together for a mighty clash. The detritus of Charlotte’s life are flung in all directions and the consequence is the imploding of her personal life. If you can imagine the worst case scenario, then that’s what happens. She goes from one catastrophe to the next, yet she manages to party and follow through on her poetry grant. It all seems like a form of slow motion decay in a spoken cadence that wraps around her life and ensnares those around her like a spiders web. Is all hope lost or does life hold no consequences for her whatsoever? It’s a wickedly played dark “Dramedy” or catharsis for the artist. Villainess or victim, it’s up to you to decide.

Billy Bennight is a writer, photographer and wardrobe stylist with expertise and years of experience in these disciplines. His musical youth started as a Punk Rocker and has expanded into exploring many genres of music, with an keen interest in art, fashion, photography and writing. He shoots celebrity events and red carpets for The Photo Access and ZUMA Press. He is a member of the Los Angeles Art Association. His images have been published in The Los Angeles Times, People Magazine, Wall Street Journal and Vanity Fair. He's very engaged in life. You can follow him on his Facebook page at: www.facebook.com/billybennightartist and on Instagram and Twitter @billybennight
View all posts by Billy Bennight →
This entry was posted in Movies, News & Sports and tagged artist, Berlin, Billy Bennight, Film Independent, Film Makers, IFC, indie, Indie Film, Indie Movies, LA Film Festival, Movie, Poet, Poets, spoken word, The Los Angeles Film Festival. Bookmark the permalink.