Posted on November 15, 2018 by Tequila Mockingbird 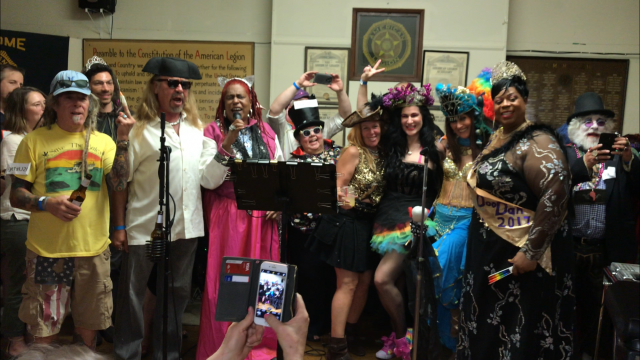 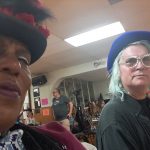 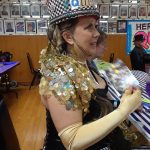 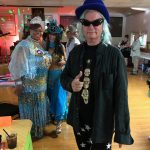 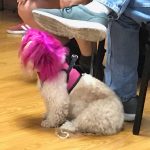 The Pasadena Doo Dah Parade Queen selection was filled with faces both old and new. Boys who wanted to be princesses and girls that shook their money makers fought it out on stage There was even a doctor who twirled her stethoscope like Bruce Lee. Many perennial lifetime contestants tried.out again, such as “Count Smokula” playing his accordion and “Pee Pee Poo Poo” in his colorful garb. Third prize when to a model who made her own dress, who modeled for the Door Can Judges. Second prize went to a boy who cracked his knuckles and then for an encore played Scott Joplin proficiently. He was very straight and amazingly normal-looking He wanted to be Princess, and so he is!

The Grand Prize of Queen went to Queen Sassy but Classy (Jennipha Lauren-Neilson). She was loud crass and brassy. She talked a lot of Poo and they loved it. She strutted around like the chicks from Glow, and may have wrestled you if you didn’t vote for her.

The 2017 Queen Imani Phoenix (Armond Anderson-Bell) was on hand to crown Queen Sassy but Classy. This year’s 45th Occasional Doo Dah Parade, a local spoof of the Rose Parade, will take place in Pasadena on Sunday, November 18, 2018.

Tequila Mockingbird has been a longtime fixture on the LA music scene. Her first band was "Trouble for Nora" with Mitch Mitchell of "The Jimi Hendrix Experience." She sings with Jeff Goldblum and you can catch her show Saturday nights at Canter's. She is also a promoter, actress, writer and inventor. Her company, Do Monkey Productions, booked the historical punk rock TV show, "New Wave Theater." She has been published in Buzzbin Magazine and has a regular column in Rock City News. Recently she has created Tequila Tattoo Cream and opened The Punk Rock Museum to bring old friends together for art, music , and culture. It is located at KGB studios and curates special events all over Los Angeles in Pop up form. The museum has also contributed art to Pershing Square and Tequila hopes to curate more events for the city that she loves. www.lapunkmuseum.com
View all posts by Tequila Mockingbird →
This entry was posted in Art, Attractions, Fashion, Upcoming Events and tagged Armond Anderson-Bell, Count Smokula, Jennipha Lauren-Neilson, Pasadena Doo Dah Parade, Queen Imani Phoenix, Queen Sassy but Classy. Bookmark the permalink.