Coming to Your Town, They’ll Help You Party It Down: Canadian Band Danko Jones Plays the Whisky (& Elsewhere) with Nashville Pussy & Prima Donna 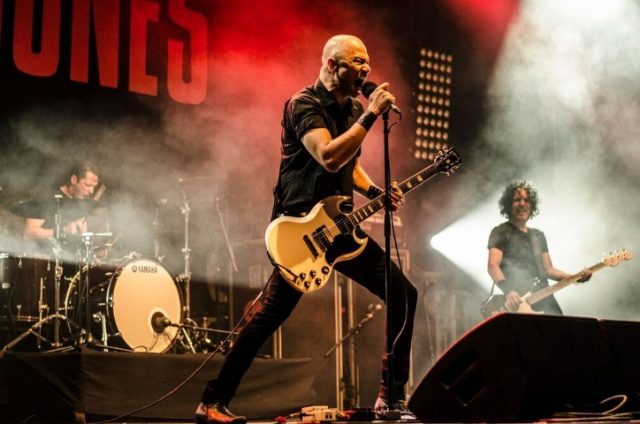 How do you like your rock and roll? If you answered “Hard and Dirty,” you will want to check out one of the shows Danko Jones, Nashville Pussy and Prima Donna are playing around southern California in the next week. The thunderous triumvirate will be doing their act at the Whisky a Go Go tonight, with later gigs in at Marty’s On Newport in Tustin (seriously, Marty’s has been killing it with bookings, so you’d better get used to Tustin as a destination for rock), and Alex’s Bar in Long Beach, as well as gigs a little further out in San Diego and Ventura.

Danko Jones is the singer and guitarist of the hard rock band trio bears his name. Their current tour comes in advance of their new album, A Rock Supreme, due in late April (a single, “Dance Dance Dance” is already out). Jones also hosts a hard rock/metal Podcast worth checking out. Hailing from Atlanta, the men and women of Nashville Pussy should require no introduction after over two decades of constant rocking and touring, so this is all you’re going to get of that; their latest record, Pleased To Eat You came out last November. LA’s own Prima Donna, who have an album coming out in March on Wicked Cool, round out the bill.