Posted on February 5, 2019 by Elise Thompson 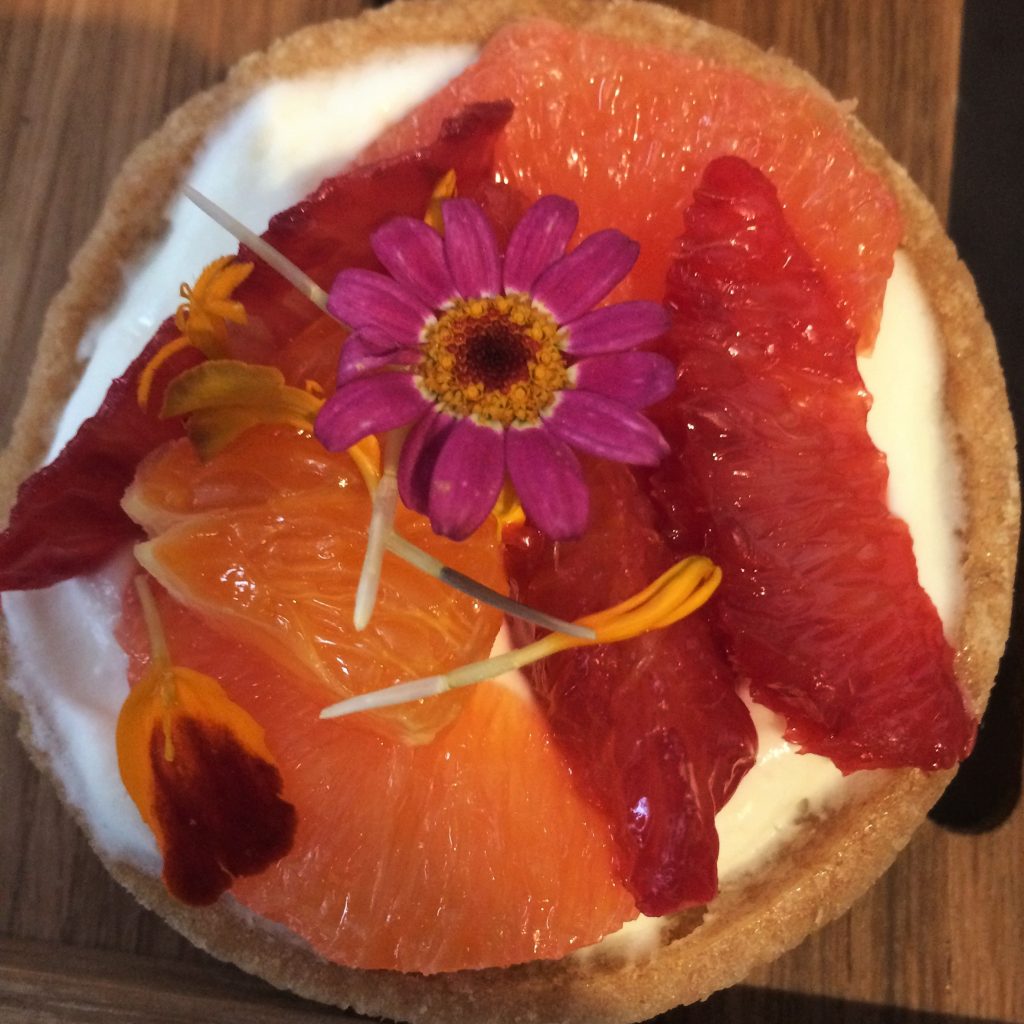 Fruit Tart at LA Times Food Bowl announcement at Tartine Bianco. All photos by Elise Thompson for The LA Beat.

The L.A. Times Food Bowl is a month-long celebration of food that takes place from May 1st through May 31st. For many of us, last year’s Food Bowl was the last time that we saw L.A. Times’ beloved and benevolent late food critic, Jonathan Gold. In many ways, the Food Bowl was Jonathan’s baby, and he was present in spirit at the announcement of plans for this year’s Food Bowl today.

Norm Pearlstine, Executive Editor of The L.A. Times, spoke of the loss of Jonathan Gold, referring to it as our “shared trauma” and admitted that there were times that they didn’t know how they would go on. Laurie Ochoa, Jonathan’s widow and Arts and Entertainment Editor at Los Angeles Times, lightened the mood a little as she reminisced about their life together and the various countries that they had visited while previewing the LA Times’ new tour packages. The L.A. Times Food staff will honor the memory of the late food critic by continuing the Gold Award, presented last year to Susan Feniger and Mary Sue Milliken at the opening event. 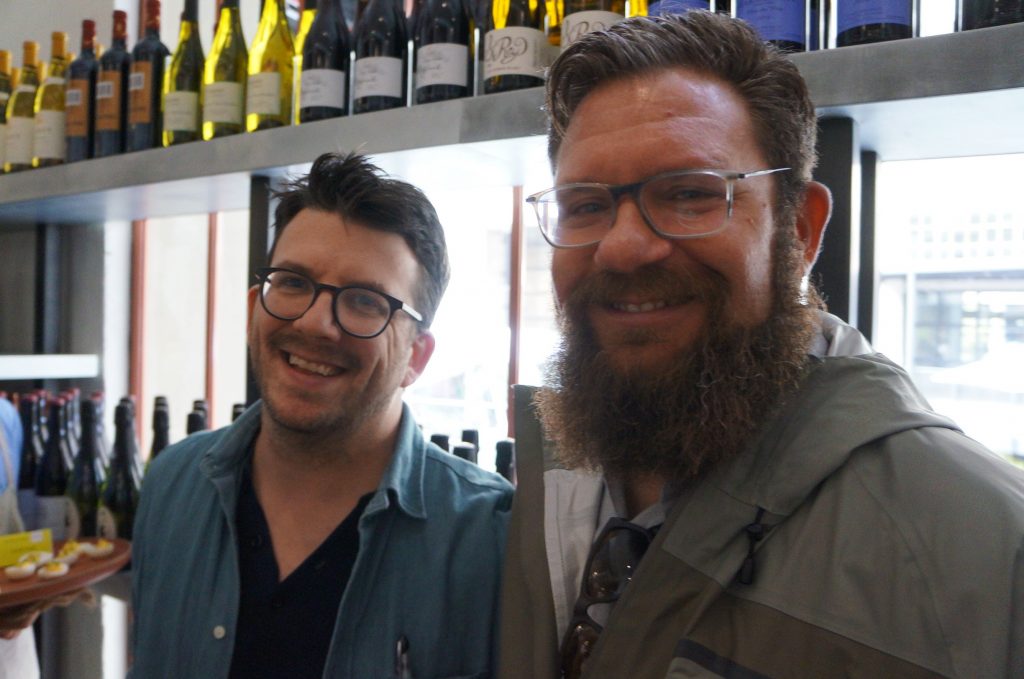 LA Times Food Editor at Large Peter Meehan and Chef Michael Cimarusti of Providence at the LA Times Food Bowl announcement at Tartine Blanco. All photos by Elise Thompson for The LA Beat.

The well-attended gathering brought together the press, LA Times Food staff and chefs at Tartine Bianco at The Row/Mercantile in downtown LA. Tartine Bianco did a fantastic job of catering a light brunch of passed hors d’ouvres and miniature desserts. Lardo on toast was probably the most popular canape, and the deviled eggs were a surprising treat. Their desserts are top-of-the-line with a Key Lime Tart, Fruit Tart and Cream Puffs dusted with gold leaf vying for attention. Mariscos Jaliscos, our absolute favorite food truck brought their one-of-a-kind deep-fried shrimp tacos and Baroo served a Happy Lunar New Year Soup consisting of a traditional clear Korean beef broth, beef, shiitakes, onions, zucchini, peppercorns, mustard greens, soy sauce and big round dumplings with a tapioca-like chewy exterior and a meatball inside.

The Food Bowl is a fundraiser for the L.A. Regional Food Bank, Food Forward, and the Midnight Mission. With over 100 events spread throughout the month of May, it is sure to do a lot of good. Their opening event this year will take place at LAMESA and highlight Mexico City, LA’s sister city. Following the opening, a launch party will be held at the Grand Central Market, where the announcements will be made for the recipients of The Gold Award and Restaurant of the Year.

Other events will include a series of long-table feasts, a food and film festival featuring screenings and talks in various neighborhood restaurants, and month-long menu specials at participating restaurants that will be served in a bowl (The challenge is that, like on Iron Chef, they must include the LA Times’ selected ingredient. This year it is artichoke, which I am thrilled about). Some of the other event categories are Markets & Tours, Brunch & Lunch, Classes, Cocktails & Canapes, Panels & Talks, and Pop-Ups & Parties.

As always, we have favorites among the participating chefs, and this year we are excited about L.A. locals Michael Cimarusti of Providence, who does amazing things with seafood, Arjun, Nakul and Pawan Mahendro of Badmaash, bringing the flavor and the heat, taco god Wes Avila of Guerrilla Tacos, Jessica Koslow from Sqirl, the woman who made healthy crunchy granola dishes a thing, because they are so darn delicious, bread and pizza queen Nancy Silverton of Mozzaplex—Osteria Mozza, Pizzeria Mozza, and Chi’Spacca—(and perhaps you are familiar with LaBrea Bakery) and Kris Yenbamroong, bringing his modern Thai from Night + Market. They will be joined this year by a panoply of international chefs from Japan, Mexico, Turkey, Australia, and all points in-between.

The LA Beat will be bringing you event coverage and recommendations to help you find the best events. So don’t touch that dial! If you are a chef or restaurateur who would like to get in on the action, you have until March 1, 2019, to contact the Times by email at foodbowl@latimes.com to discuss participation. See you at the table! 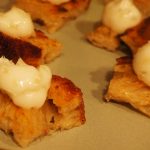 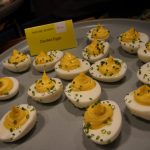 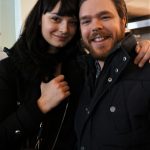 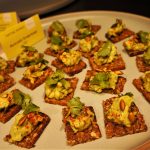 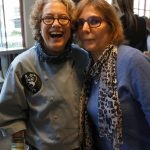 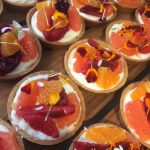 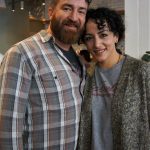 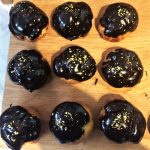 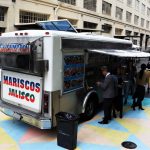 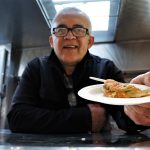 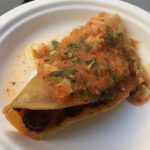 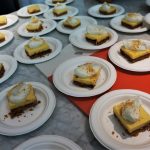 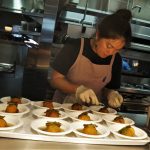 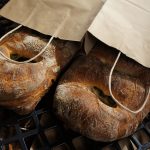 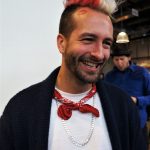