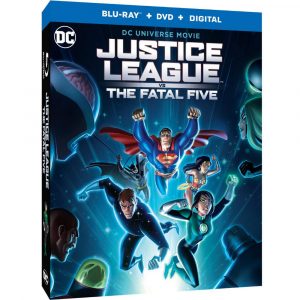 “Justice League vs. the Fatal Five” (2019, Warner Bros. Home Entertainment) Metropolis and Gotham City play host to the title card match between Justice Leaguers Superman, Batman and Wonder Woman – with assist from a reluctant new Green Lantern and a shell-shocked Star Boy – and the titular evil quintet, who have traveled from the future with world destruction in mind. DC Universe Animated feature will please fans of “Justice League Unlimited” by utilizing both its lead voice actors (Kevin Conroy/Batman, Susan Eisenberg/WW, George Newbern/Superman) and animation models, but the secondary storylines involving Star Boy and Jessica Cruz’s GL, both of whom struggle with traumatic issues related to super-dom, lend depth to the well-crafted crash and bang. WB’s 4K Ultra/Blu-ray set includes commentary by the filmmakers (and EP/chief DCA architect Bruce Timm, who also voices Two-Face), a preview of the upcoming “Batman: Hush” feature, and Fatal Five-centric episodes of “JLU” and “Legion of Super Heroes.” 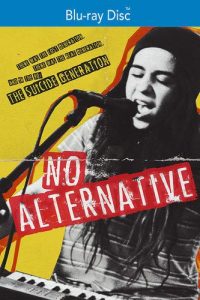 “No Alternative” (2018, Gravitas Ventures) The death of Kurt Cobain spurs siblings Michaela Cavazos and Conor Proft to address their own mental health issues and frustration with their conservative parents into their own uncompromising music. Autobiographical indie feature from director/co-writer William Dickerson overcomes a drift towards overly familiar coming-of-age material whenever it focuses on the two leads (both excellent) and their seemingly endless fight to be heard over the din of their external lives. Dickerson also does well in reproducing the ’90s cultural landscape , especially through its soundtrack (Mudhoney, Sebadoh) and life-or-death arguments about artistic legitimacy and “selling out.” 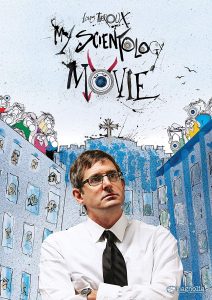 “My Scientology Movie” (2019, Magnolia Home Entertainment) What does a director do if the subject of his or her film doesn’t want to participate? If you are British documentarian/presenter Louis Theroux, and your quarry is the Church of Scientology, the answer is: hire actors in Los Angeles to portray scenes of alleged abuse by Church chief David Miscavige, and get former high-ranking member Marty Rathbun (who’s featured in Alex Gibney’s “Going Clear“) to coach the talent on the proper levels of verbal aggression and mental cruelty. Theroux’s feature doesn’t offer much new insight into Scientology beyond highlighting its inherent absurdity and paranoia, but the film kicks into gear when he questions Rathburn about his alleged involvement in actual abuse while in the Church. His reaction (he has since denounced the film) lends intensity and real drama to an amusing but otherwise lightweight film. 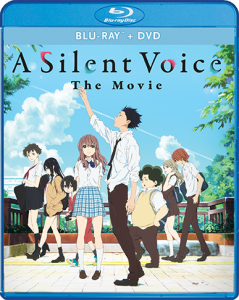 “A Silent Voice” (2016, Shout! Factory/GKids) A Japanese teenager seeks forgiveness after his capricious bullying of a deaf classmate leaves him ostracized from his friends and unmoored in life. Hugely successful Japanese animated feature from director Naoko Yamada tackles a pressing subject with the same sympathy for and understanding of high school-age emotions as her “Liz and the Blue Bird“; the tone is a shade darker than its predecessor – there are flashes of violence and suicidal thoughts – and the pace marginally slower, but its thread of redemption and connection forged from divisive behavior is always welcome and especially now. The Shout/Gkids Blu-ray includes Japanese and English language tracks, as well as a pair of music videos for songs on the soundtrack and original promotional material. 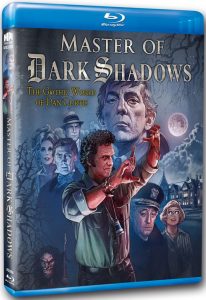 “Master of Dark Shadows” (2019, MPI Media Group) Entertaining documentary by director (and Severin Films co-founder) David Gregory about the titular Gothic soap opera and its creator, writer-producer-director Dan Curtis. A seemingly unlikely mix of supernatural tropes – the series featured ghosts, werewolves, time travel and most significantly, the lovelorn vampire Barnabas Collins (played by Jonathan Frid) – and daytime-styled romance, “Dark Shadows” was a sizable hit with horror fans and soap mainstays during its initial run on ABC between 1966 and 1971, and those elements have helped to not only preserve its cult status over the last five decades but also expand its reach to include a brief 1991 revival and Tim Burton’s 2012 feature version. “Master,” which features narration by Ian McShane (“Deadwood”) details the show’s rise from the ratings cellar to bona fide hit through new interviews with cast members (including Barbara Steele, who appeared in the ’91 version), numerous clips from both series and vintage material featuring Curtis, who died in 2006; Curtis’ post “Shadows” career, which includes the made-for-TV thrillers “Trilogy of Terror” and the sprawling “Winds of War,” is also addressed. MPI’s Blu-ray includes fun extras, including clips of Frid as Barnabas at a 1969 White House Halloween party (!) and performing on PBS in 1985; original ABC promos, “Dark Shadows” audio dramas, and the 1954 TV drama “The Web,” which inspired a long-running storyline on the show. 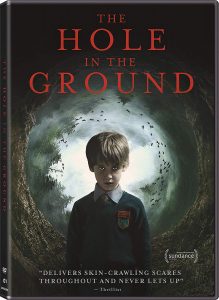 And finally: “The Hole in the Ground” (2019, Lionsgate Home Entertainment) and “I’ll Take Your Dead” (2019, Shout! Studios) both offer variations on a child’s perspective of unsettling, supernatural-tinged experiences. “Hole in the Ground,” from Ireland, is another spin on the “Creepy Child” scenario: here, it’s Keane Kid-eyed James Quinn Markey rattling his mom Seána Kerslake‘s already jangled nerves with increasingly odd behavior after encountering a massive pit behind their remote house. Director Lee Cronin doesn’t break much new ground with the premise, but the cinematography and score are gorgeously moody. The Canadian “I’ll Take Your Dead,” which is currently in select theaters and on VOD, takes a more eclectic path, following widower Aidan Devine, who disposes of victims dispatched by local mobsters while daughter Ava Preston (terrific) observes their ghosts which linger around their home like malevolent squatters. The arrival of a casualty (Jess Salguerio) who remains stubbornly alive complicates matters in both unpleasant and surprisingly poignant ways; both films deal with the fallout of familial dischord, but “Dead” director Chad Archibald adds emotional resonance to the creaks and creeps.

Paul Gaita lives in Sherman Oaks, California with his lovely wife and daughter. He has written for The Los Angeles Times, LA Weekly, Variety and The Fix, among many other publications, and was a home video reviewer for Amazon.com from 1998 to 2014. He has interviewed countless entertainment figures from both the A and Z lists, but his favorites remain Elmore Leonard, Ray Bradbury and George Newall, who created both Schoolhouse Rock and the Hai Karate aftershave commercials. He once shared a Thanksgiving dinner with celebrity astrologer Joyce Jillson, and regrettably, still owes the late character actor Charles Napier a dollar.
View all posts by Paul Gaita →
This entry was posted in Movies and tagged Dark Shadows, DC Universe, Gravitas Ventures, Lionsgate Home Entertainment, Magnoila Home Entertainment, MPI Media Group, Shout Studios, Shout! Factory GKids, Warner Bros. Home Video. Bookmark the permalink.