BeachLife Rides Into the Sunset with Willie 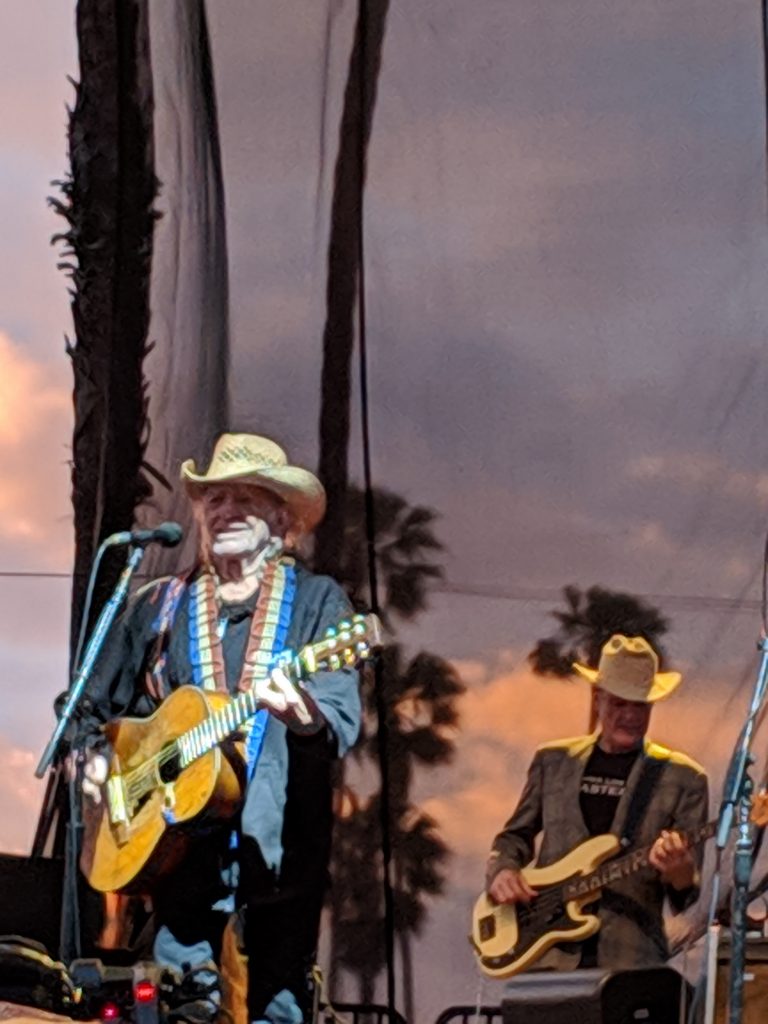 The first BeachLife festival was held over the weekend of May 3rd-5th at Seaside Lagoon in Redondo Beach, featuring dozens of bands spread across three stages in front of thousands of fans. The artists varied quite a bit in musical style. In addition to many flavors of rock, fans were also treated to country from Willie Nelson, reggae from Ziggy Marley and Steel Pulse and, on Cinco de Mayo, Latin jazz from Poncho Sanchez. Attendees with VIP passes got to start the party a day earlier with a set from X on the unusually small stage of the Crowne Plaza across the street.

The first full night of the festival, discussed at length here, was headlined by Bob Weir & Wolf Bros. Saturday saw Foo Fighters’ Taylor Hawkins performing a fun set of Van Halen covers with his side project Chevy Metal, with sets from ’80’s veterans Berlin and Violent Femmes and the ’90’s alt-rock of Everclear all setting up the evening closing performance from Brian Wilson with Al Jardine and Blondie Chaplin. The multi-generational crowd reveled in the Beach Boys classics performed by the large, very tight group of musicians behind them. Jardine, in particular, was in great form, sounding ageless delivering the lead vocal on “Help Me Rhonda.”  His son, Matt, took lead on songs like “In My Room” that only a younger voice can do justice to, and it was good to see that another generation involved in a musical legacy that has always been about family.

Brian, however, seemed to have a difficult night. While he at times sounded strong, rousing himself on “God Only Knows,” “Sloop John B” and some of his other defining hits, he also appeared disengaged during much of the set, listlessly comping at piano on the numbers that didn’t appear to turn him on. Knowing his history of mental illness and having seen him a few times since his comeback, I knew not to expect to hear the angelic voice he had in the 1960s. But where those earlier performances were inspirational, watching a true musical genius overcome tremendous adversity to reclaim his iconic status, this one left me wondering if Wilson is still well served by this kind of show. I’m sure his mental and physical health is highly variable, and it is certainly possible that he was experiencing more distress than usual. But if this was indicative of Brian’s current regular state, it would be best for all involved to at least limit his role on stage, if not to take him back off the road entirely. Brian Wilson has earned the right to do what makes him happy if anyone has, but this show makes me question if that still includes performing.

Sunday’s line up also featured headliners with familial legacies in Ziggy Marley and Willie Nelson & Family. But, prior to that, the festival organizers managed in a bit of a coup, presenting the top Latin jazz act in LA and one of the best in the world in Poncho Sanchez to the crowd on a hot Cinco de Mayo afternoon. His group played boogaloo, salsa, boleros and even a little Coltrane for a festive and appreciative throng on the side stage. Marley was the last act to grace the beach stage, playing a set of mostly his own songs as well as a few from his father in the middle. Just as Bob did on occasion with him, Ziggy brought out two of his children to sing with him on his new song “World Revolution.”

Willie Nelson is a marvel at 86. Clearly, whatever they told us about marijuana in school was bunk. His voice was still strong with impeccable phrasing, his guitar playing still expressive and, perhaps most remarkably, his songwriting still vital in a set that included a generous helping of new and recent songs alongside classics like “On the Road Again” and “Angel Flying Too Close to the Ground.” His Family band, with sister Bobbie on piano and son Micah on percussion, backup vocals on guitar, was joined to close the show by guests John Popperon harmonica and John Densmore on tambourine and percussion for a medley of country standards.   (Popper’s Blues Traveler had played earlier in the day; the Doors, understandably, did not)

New festivals are notoriously tricky things to produce. BeachLife came off remarkably well, the fans all seemed happy and the music and libations flowed smoothly. The promoters, who run the Saint Rocke club in Hermosa and have presented smaller scale concerts on the beach in prior years obviously put in a lot of work to create what should be a sustainable music festival in the South Bay. I’m already looking forward to next year’s edition. 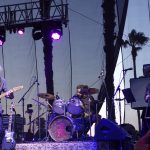 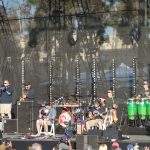 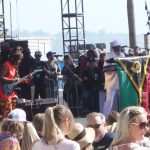 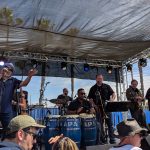 This entry was posted in Events, Miscellanious, Music, Photo Essays. Bookmark the permalink.

One Response to BeachLife Rides Into the Sunset with Willie