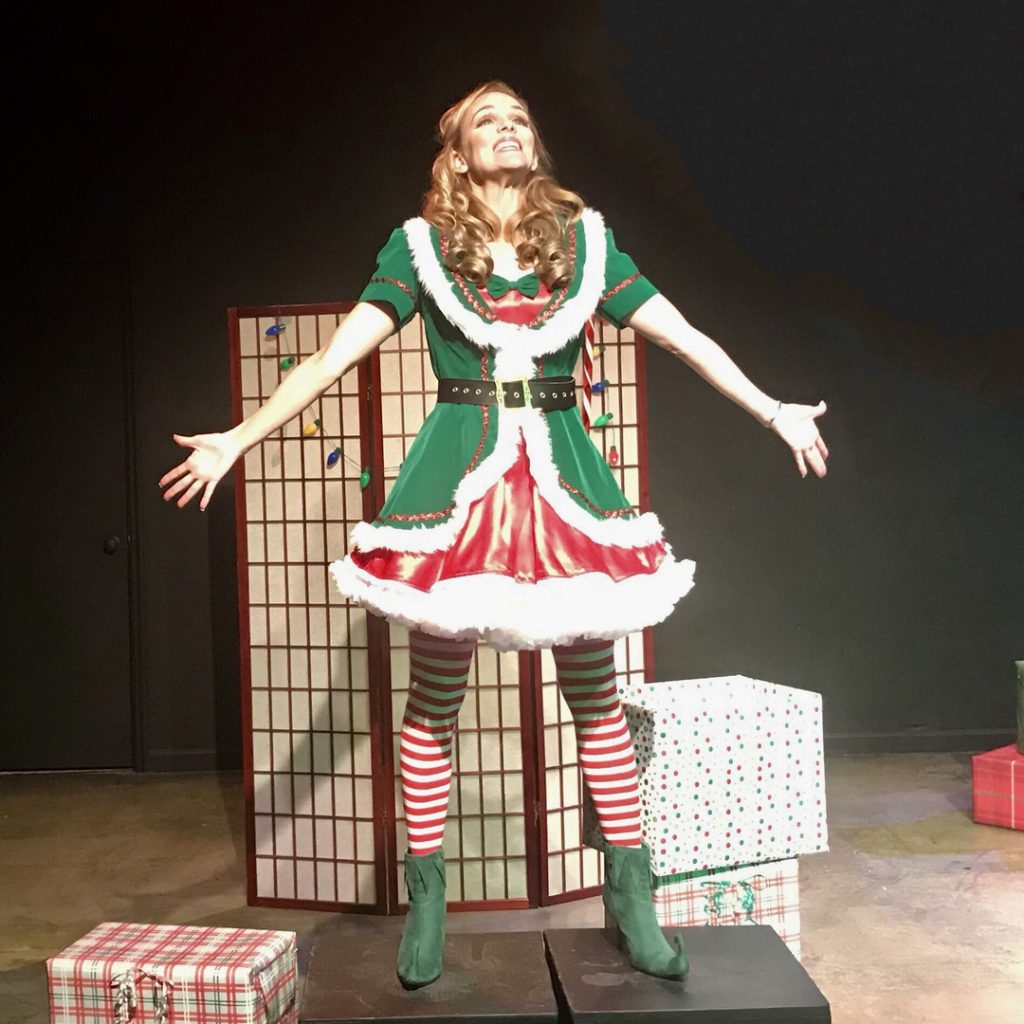 Christi Pedigo in “Bunny the Elf LIVE!” at Stephanie Feury Studios for Hollywood Fringe 2019. Photos courtesy of She Did it Productions.

Directed by Rose London, solo show “Bunny the Elf LIVE!,” is both a funny and touching amalgamation of writer and actress Christi Pedigo‘s imaginative YouTube webisodes/Amazon Prime series, “Bunny the Elf,” with some fresh new material, *playing select dates at Fullerton’s STAGEStheatre, from November 30 to December 8, 2019, just in time for the Holidays.

Bunny wants to follow her dreams of a life in musical theatre, but her parents want her to get a “real” job. With “musical theatre auditioner” on her resume–and being the (painfully) honest person that she is–Bunny finds that her job options are a bit limited until she lands a holiday temp gig as a toy store Christmas elf.

Ever ready and festively dressed (try not to covet those shoes,) Bunny embarks to work for “one of the best humans ever!”– a dream come true. Endlessly sparkling and positive, she’s loaded with anecdotes on the joys (and perils) of spreading holiday cheer, motivating in “Elf” meetings (“Elfin’ Rocks!”), encouraging (and corraling) customers, and generally elfing around. 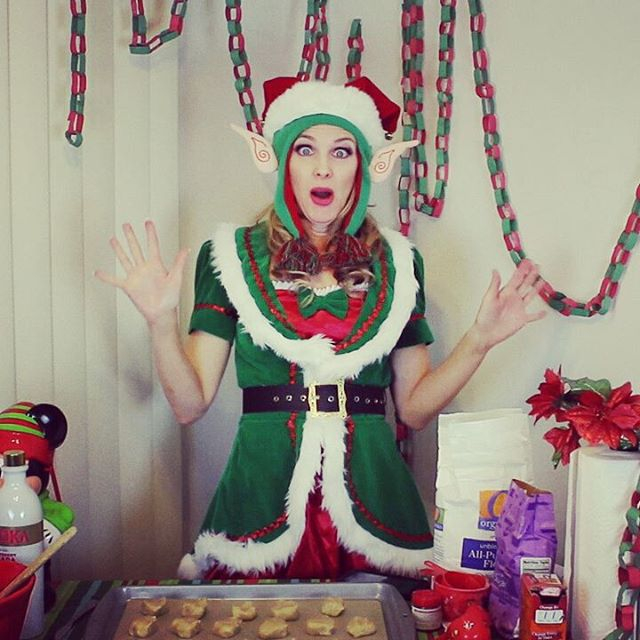 But not everything is sugar cookie coated and dusted with sprinkles. There is that occasional mean or selfish child, belligerent customer, or rude or “handsy” adult, that makes Bunny wonder why they aren’t truly worried about risking that naughty list.

In lieu of Bunny’s failures, her untainted charm, innocence, honesty, sincere love of people and genuine desire to be of help, succeed.

Highlights are drunk Bunny at the store’s Holiday party and an ultimate reveal that tucked away for Bunny is a real “gift.”

“Bunny the Elf LIVE!” brings joy just when we need it most.

Monique A. LeBleu is a writer, photographer, videographer, and shameless foodie and wineaux. A love of film history and a background in film production, post-production, and film theory provide unique insights into her movie reviews. As well, a background in technical theater fuels her passion on all-things theater. As a foodie, living in the ever-growing and diverse culinary landscape that is the City of Los Angeles feeds her never-ending pursuit of the perfect comfort food—the world's best Mac n' Cheese!
View all posts by Monique A. LeBleu →
This entry was posted in Miscellanious and tagged Bunny the Elf, Christi Pedigo, Hollywood Fringe Festival, She Did it Productions, STAGEStheatre. Bookmark the permalink.