Posted on November 6, 2019 by Elise Thompson 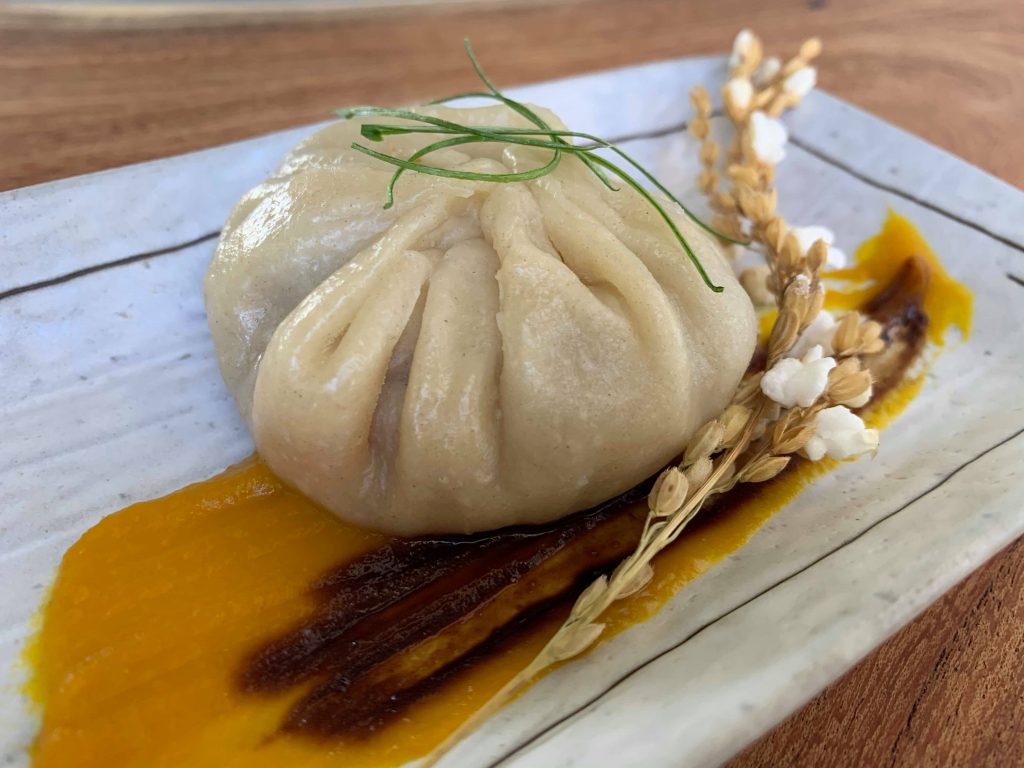 Last week Chef Kajsa Alger held a tasting for her new restaurant concept—Mad Misha’s Dumpling Delicatessen. The deli will be a take-out, cook-at-home shop, and her first project is creating pierogi baskets for Thanksgiving. Pierogies aren’t as popular in LA as they are in the mid-west and across Canada, but just give Alger time. Dumplings aren’t much of a stretch for this native Angeleno, who has been working with global street foods for over 30 years.

We first met Alger when she opened Street on Highland’s restaurant row with Chef Susan Feniger, who, along with Chefs Mary Sue Milliken, Judy Rogers, and David Kinch, she credits for her culinary career.

“I never went into cooking thinking that would be my career,” said Alger.  “It was an accident.  I just happened to work with some amazing mentors very early on in my career.”

Following Street, Alger partnered again with Susan Feniger to open Mud Hen Tavern and Blue Window. The Freshwater Dumpling and Noodle House at the Chinese Garden in the Huntington is a Blue Window concept. The restaurant is operated by Bon Appetit Management Company, although Alger develops all of the menus with the chef there.

Like most chefs and home cooks, her early years instilled a love of food.

“I grew up with a mom who cooked all the time,” said Alger. “My mom is Chinese-American and my dad is Mixed Euro-American, so we grew up eating ‘across the globe’ a bit. We have a big family, and so mealtimes were always center stage.”

Being raised with Cantonese influences, she does confess that she is partial to dim sum, but Alger refuses to play favorites, “I love every kind of dumpling and stuffed little bites from probably every part of the world—I couldn’t pick a favorite because they’re all so different. I am a fan of the Eastern European bites like Varenyky, all the way down into Mongolian Buuz and Himalayan Momo to Chinese Siu Mai…I could go on and on.”

At the recent preview dinner, we were treated to some of the international dumplings the chef loves, starting with Paani Puri filled with masala cauliflower florets, cauliflower puree, tamarind chutney, mint and cilantro. I am not a huge fan of cauliflower, but I have loved her paani puri from way back in the days of Street, and I have learned not to make assumptions about taste when it comes to a chef of this caliber. And the tamarind really sang in this dish, dispelling any bad childhood memories of mushy vegetables.

The Turkish Manti, which Alger makes “with a slightly chewier dough that I love,” is filled with smoked mushrooms and simmered in a harissa tomato butter. As chefs are wont to do, she gilded the lily by topping the dumplings with dill yogurt and adding a side of zucchini chickpea salad. There were also some delicate chile threads as a final touch. It is amazing how many different flavors she can cram into one bite and have them all harmonize instead of battling each other for dominance. I have never eaten this particular dumpling before, but I immediately get the appeal. I also never “got” zoodles, but lightly steamed and served with a delicate sauce, I was all about the zoodles.

Next up was a Five Spice pork soup dumplings filled with a delicate corn broth instead of the usual pork broth. As good as the dumpling was, for me this dish was all about the Kabocha pumpkin puree and black vinegar. It was so intense and delicious I wanted a huge bowl of it to eat with a spoon. Every day. Forever. Alongside, a whimsical stalk of rice with several grains puffed like popcorn right on the stalk charmed the whole table.

The shrimp-scallion dumplings were more familiar. The delicate crystal wrapper was drizzled with smoked soy sauce and chile garlic sambal. You may be wondering about the smoked soy sauce. It was a score from her recent trip to Japan. These dumplings may look familiar, but they are not your run-of-the-mill dumpling.

All of the ingredients are brought back from her travels or made from scratch—right on down to the spice blends. Besides making her own sauces, Alger makes her own spice blends and curries, and then works them into the doughs.

“A lot of my sauces…are set in different textures, like the celery water agar or smoked soy sauce konyaku you tasted in your dinner,” she told The LA Beat.

Now, about that celery water—you may be familiar with agar agar, the plant-based thickener that is used in place of gelatin in Chinese dishes, particularly in the almond pudding you get in your fruit soup at the end of the meal. Chef Kasja made an agar agar celery water cube to accompany her Sichuan-style dumplings topped with red chile oil sauce. The intensely flavored filling made this my favorite dish of the evening–besides the Kombucha pumpkin puree, of course.

For a palate cleanser, we had a simple apple and watercress salad, which was made exceptional by a house-made coriander vinaigrette. The salad was followed by simple wonton soup. But not so simple, really. The broth was infused with lime leaf and ginger that perfumed the steam, and the wontons were filled with green curry chicken. To brighten up the bowl and add a little contrasting bitterness, baby bok choy floated in the soup.

The final dumpling course was a duo of stuffed sticky rice packets in bamboo leaves and a Nepalese momo dumpling in a wrapper that was dotted with sesame seeds. Thanks to a little swapping around the table, I was able to try both the momo made with rich spiced lamb, which was a completely new experience for me, and the vegan version filled with potato and fermented cabbage. Alger had vegan alternatives for every single dish. She is one of the most accomplished vegan chefs in LA, with her constant experimentation and her arsenal of exotic ingredients.

For dessert, we were served a plate of Leslie O’Guinn’s Marmaris crackers, which were really more like English biscuits, although named for a Turkish city. They matched thematically with Alger’s own saffron and pistachio Turkish delight, which would certainly have enticed Edmund to climb into the White Witch’s sleigh. Speaking of which, the name “Mad Misha” comes from a mystical land not far from the mythical Narnia. It came to Kajsa Alger, quite romantically, in a dream about gypsy caravans.

We left the table feeling light but sated. Every course of this dinner was mindfully and lovingly created. That’s what Mad Misha’s is all about.

“That’s all I want to cook. Good, well-crafted food that people can enjoy.”

If you would like to try to get in on one of these dinners, or order handcrafted dumplings, follow @chefkajsa on Instagram. There is no website or storefront yet—it’s one of those word-of-mouth things. 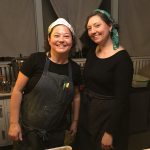 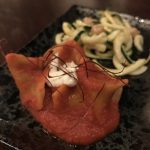 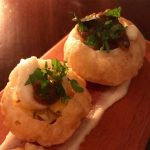 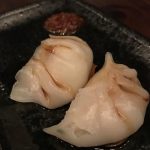 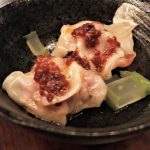 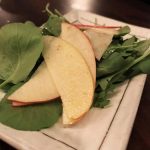 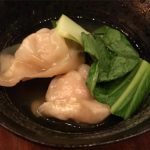 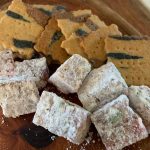 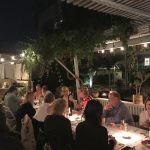 Born and raised in the great city of Los Angeles, this food, culture and music-loving punk rock angeleno wants to turn you on to all that is funky, delicious and weird in the city. While Elise holds down the fort, her adventurous alter ego Kiki Maraschino is known to roam the country in search of catfish.
View all posts by Elise Thompson →
This entry was posted in Food and tagged Blue Window, Chef Alger, David Kinch, Freshwater Dumpling and Noodle House, Judy Rogers, Kajsa Alger, Mad Misha's Dumpling Delicatessen, Mary Sue Milliken, Mud Hen Tavern, STREET, SUSAN FENIGER. Bookmark the permalink.