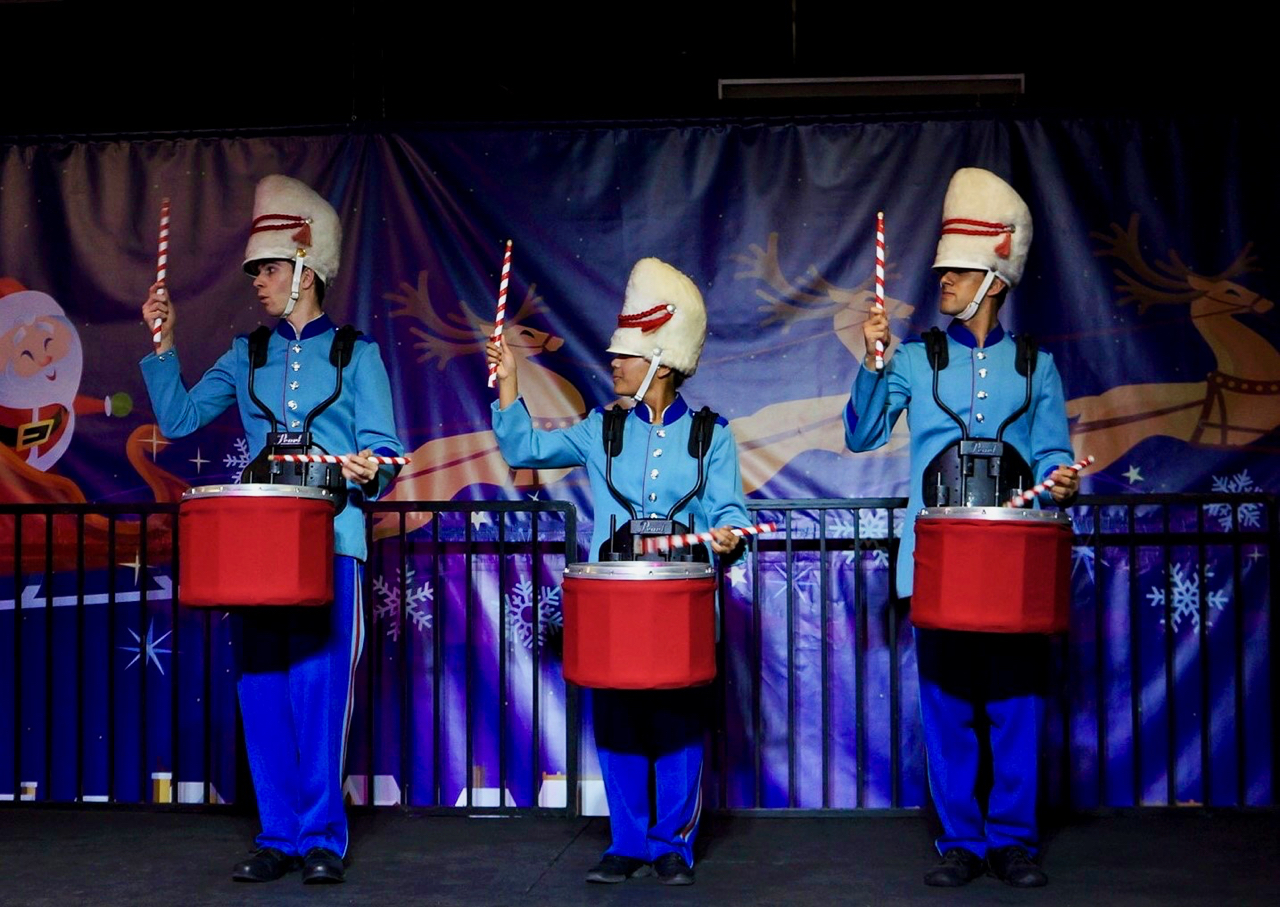 With visions of sugar plums dancing in our heads and the smell of fresh pine, the holidays allow us to hit the pause button, celebrate, and remember to express our goodwill. The season, abuzz with so much activity, can make choosing events difficult, but The Queen Mary comes through once again this year by creating a little bit of Christmas magic in the majestic shadow of the now-docked historic ocean liner. It’s a family affair with sparkling lights, an outdoor ice rink, festive food, live performances and a little bit of old fashioned pizzaz. There are photo opportunities galore with giant gumdrops, nutcrackers, a 3-dimensional moon prop, sudsy soap snow flurries and a meet & great with Santa and his wife. A beautiful vintage style carousal is fun for all ages and so it is a little toy train trip. The ice skating rink is 6,000 square feet and comes with skate rental, so it pays off to be courageous and take a few slippery spins to burn off the abundance of sugary treats. 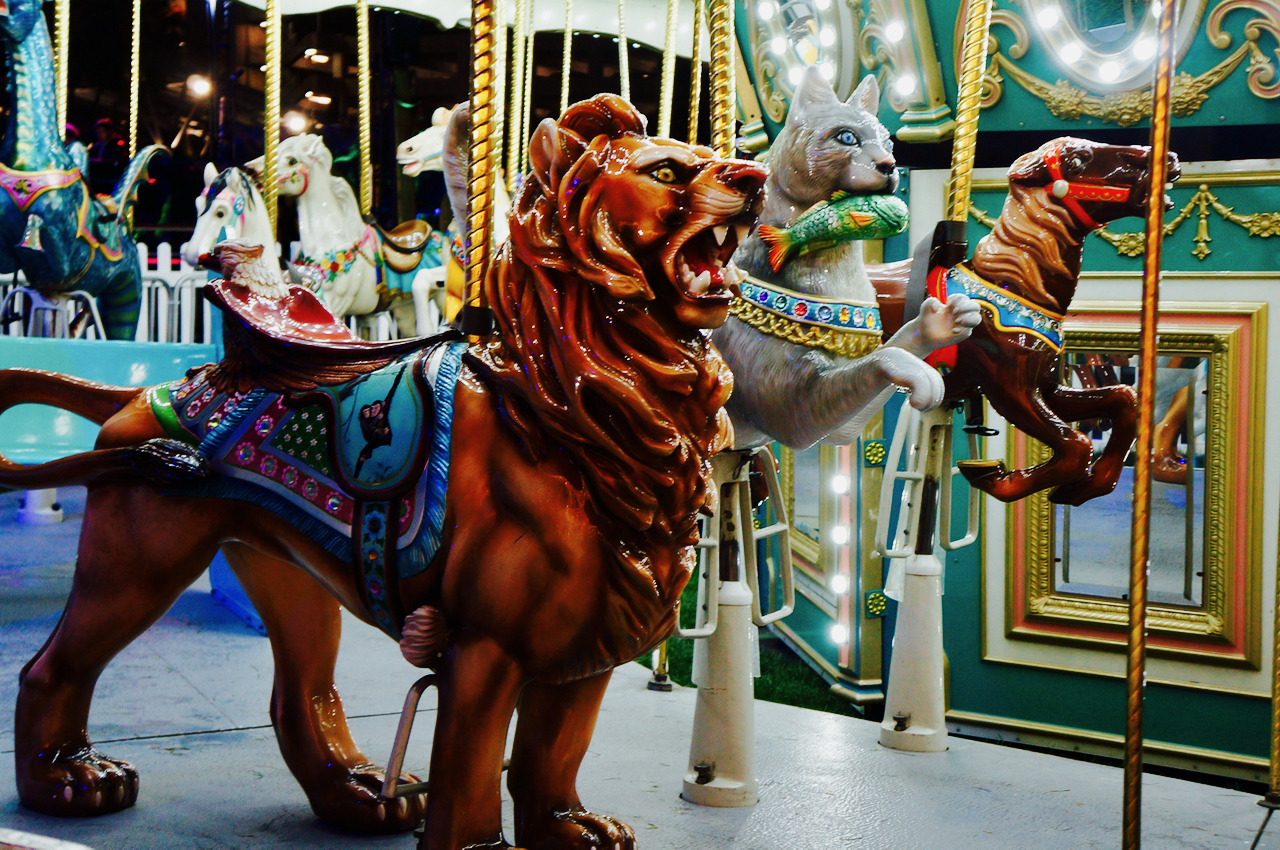 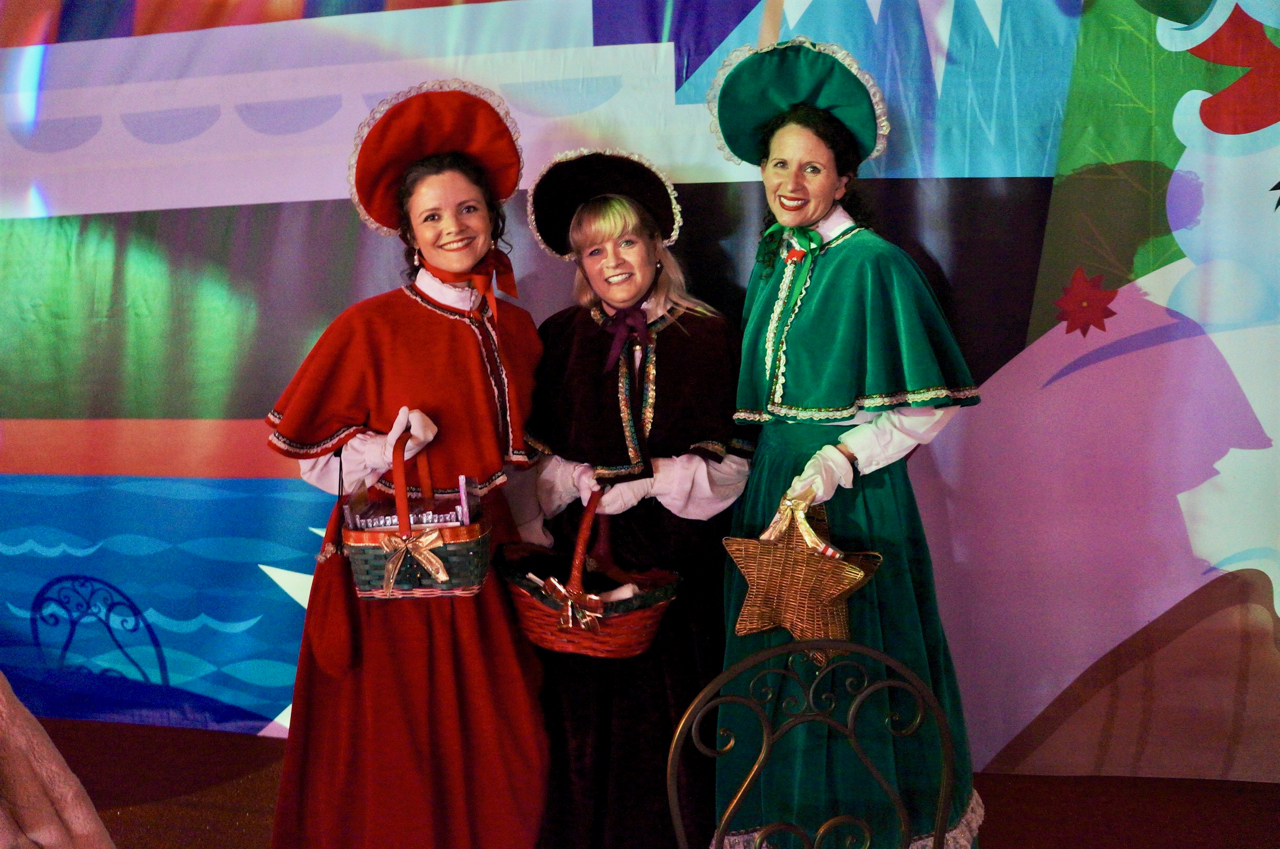 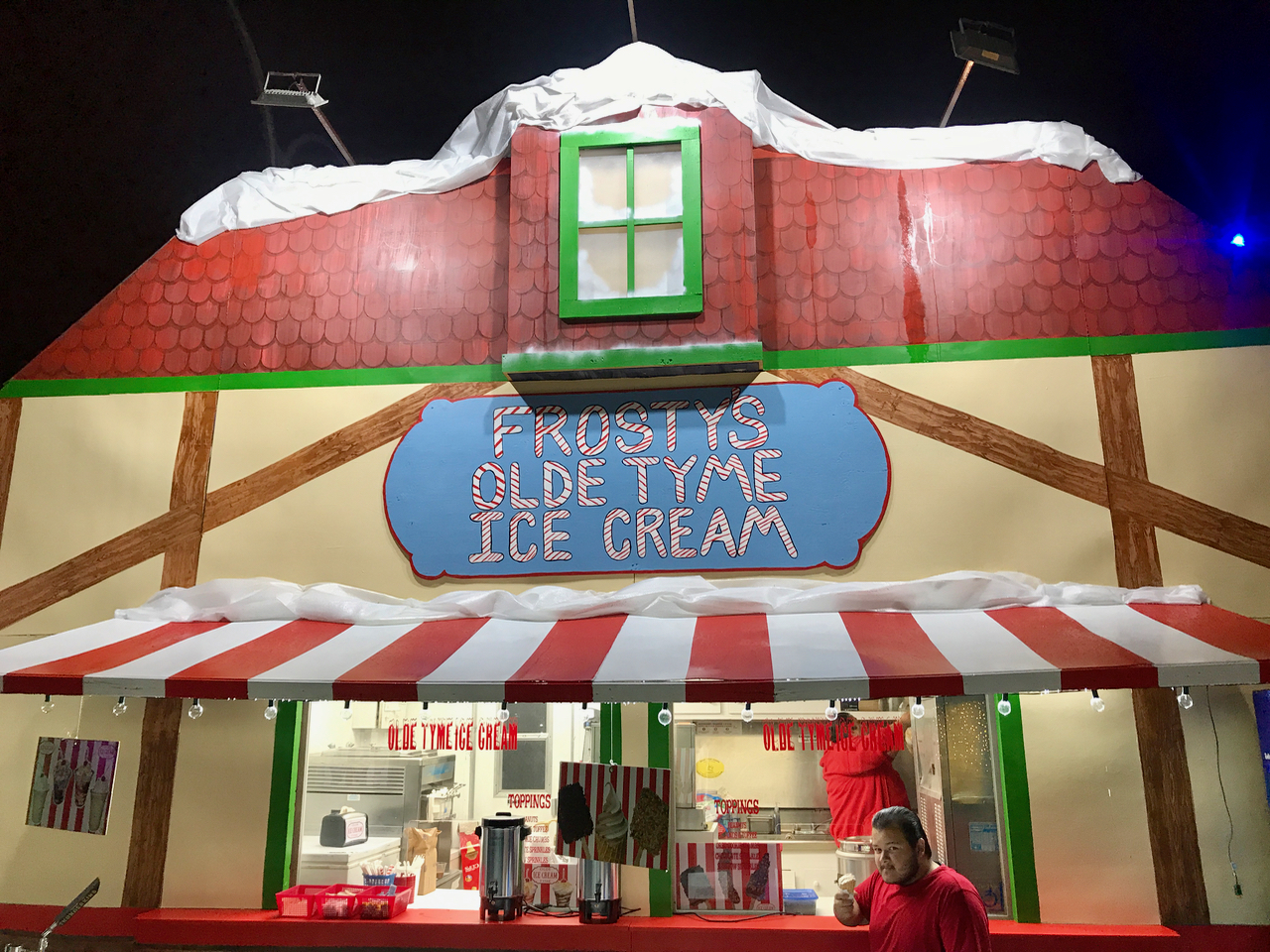 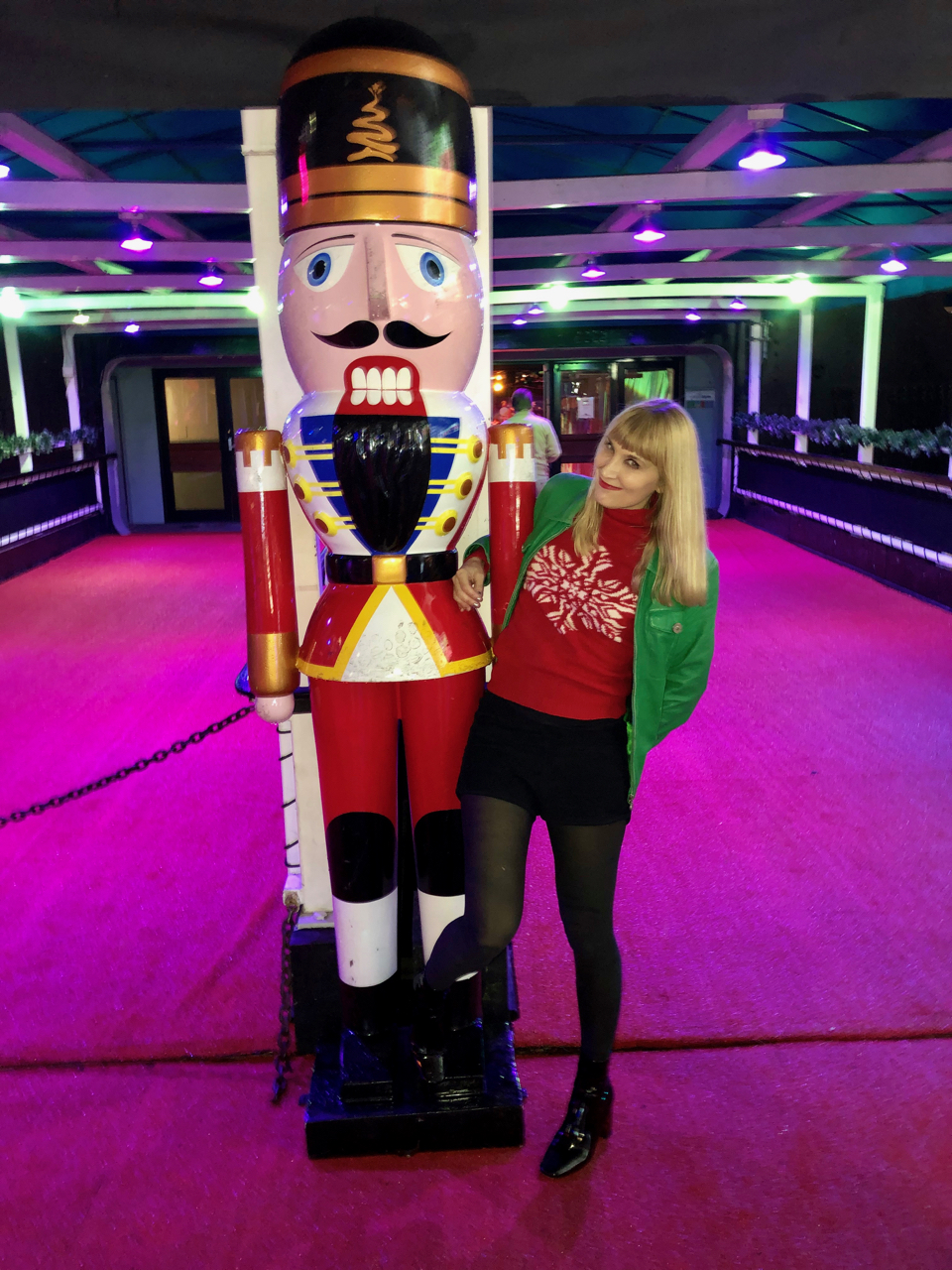 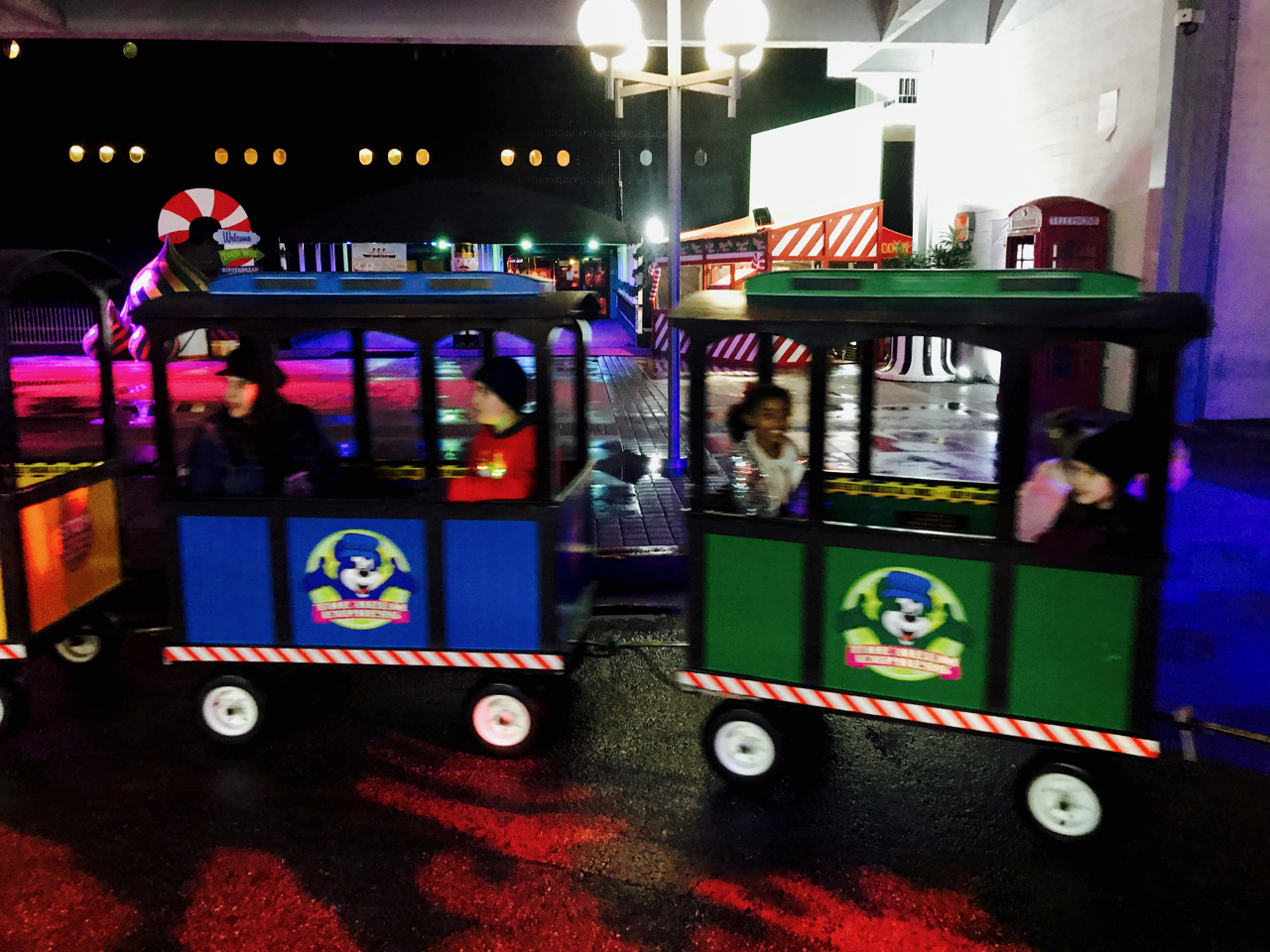 Children whiz by in a blur (photo by Nikki Kreuzer) 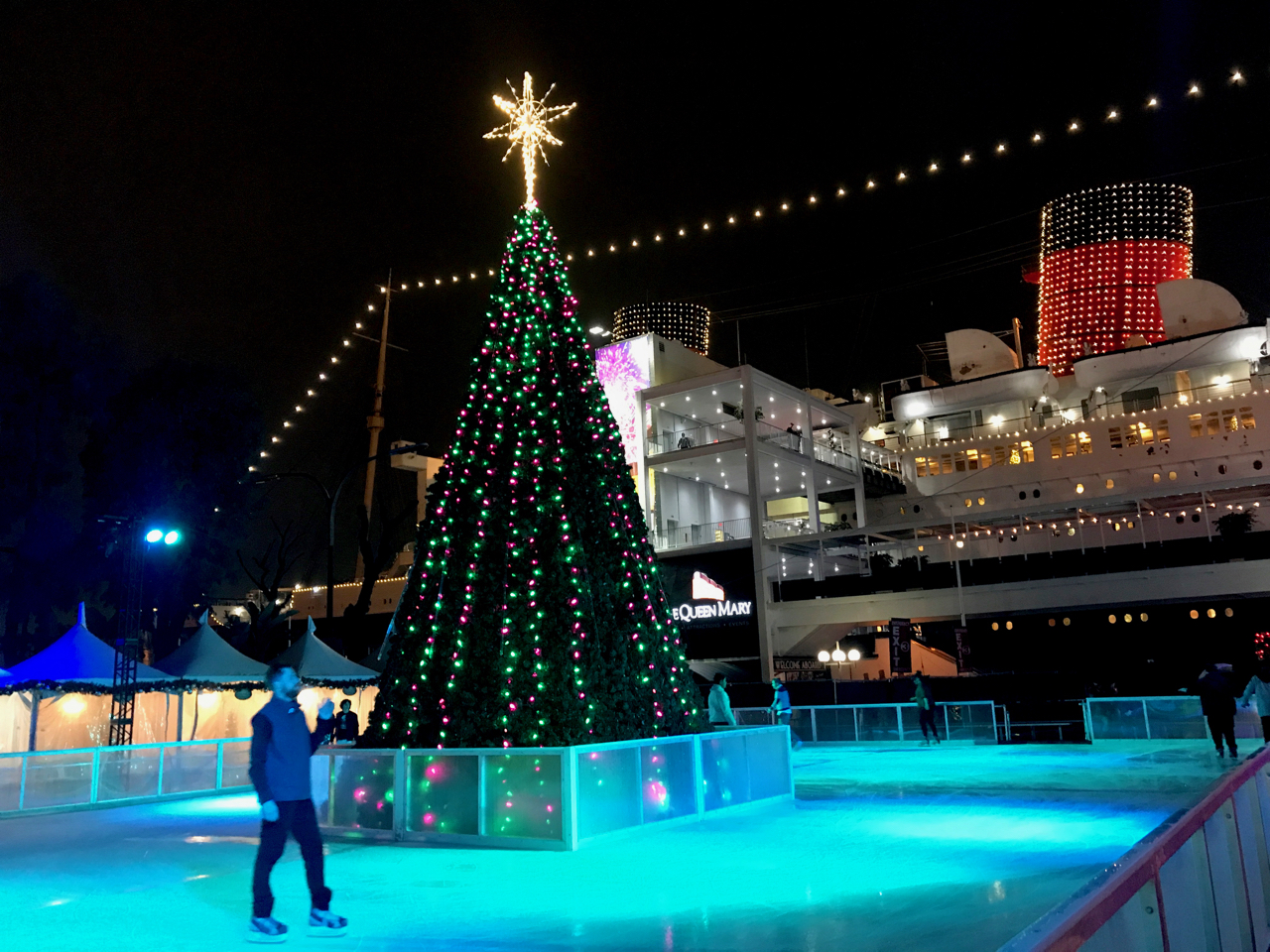 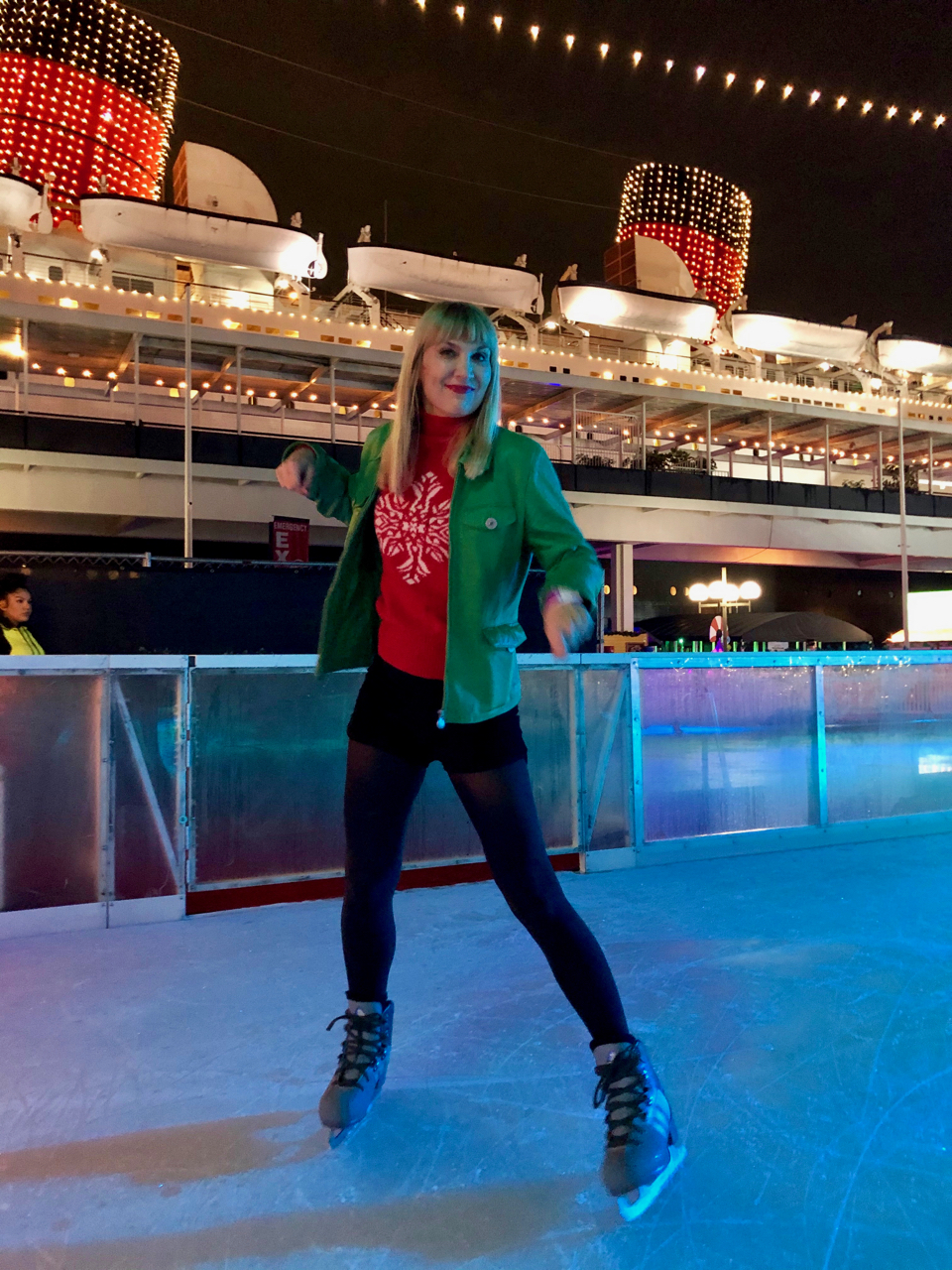 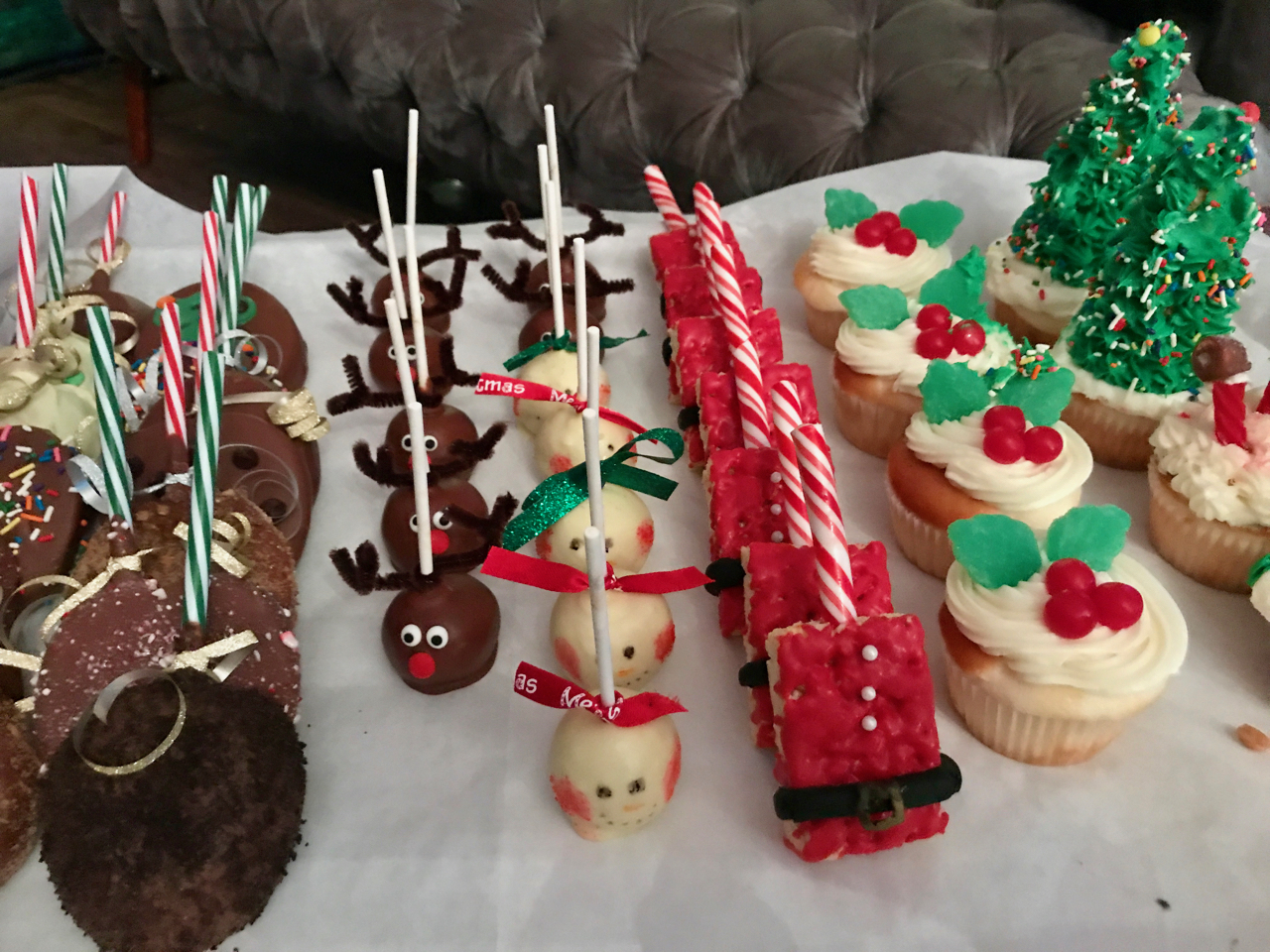 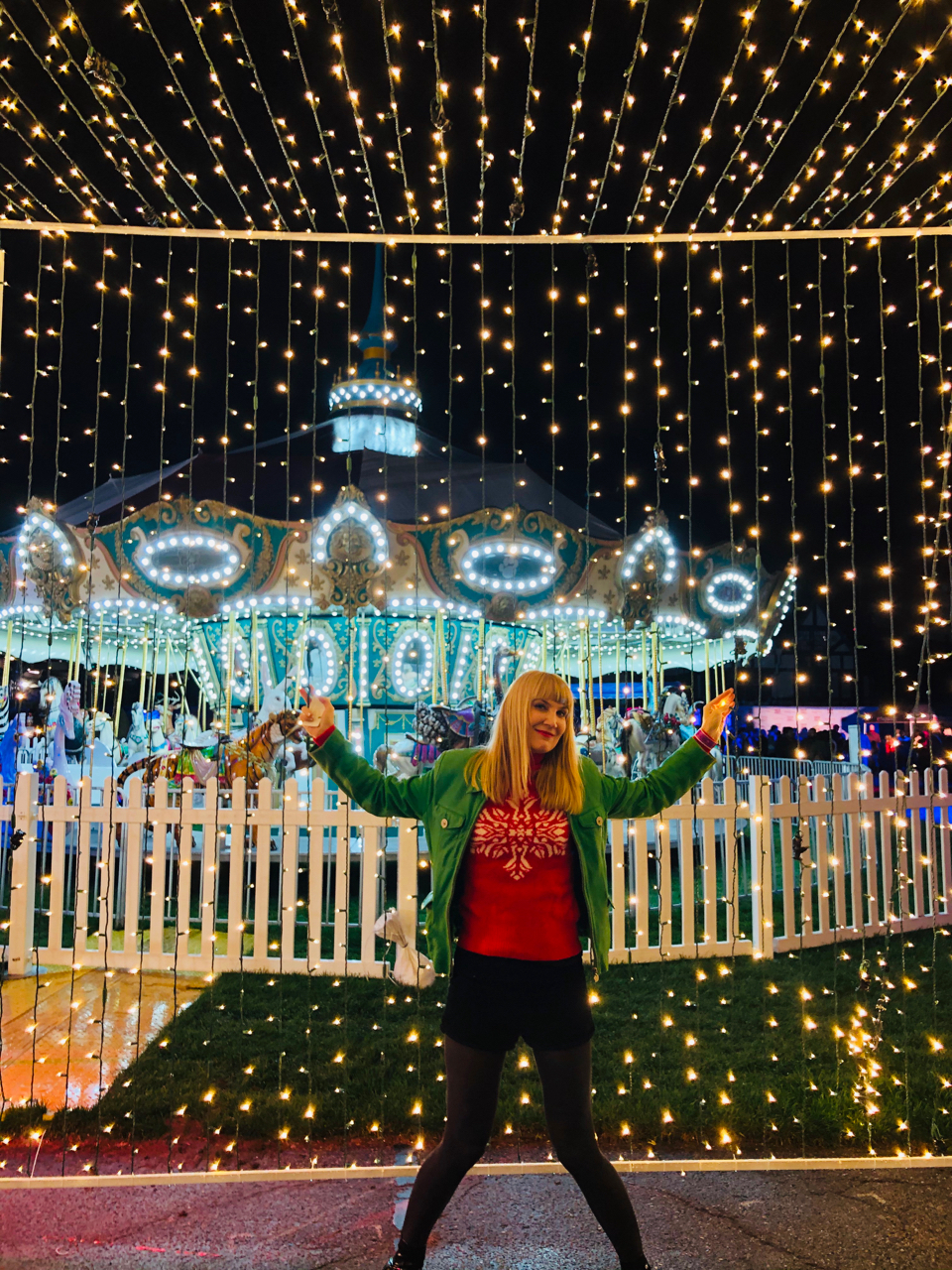 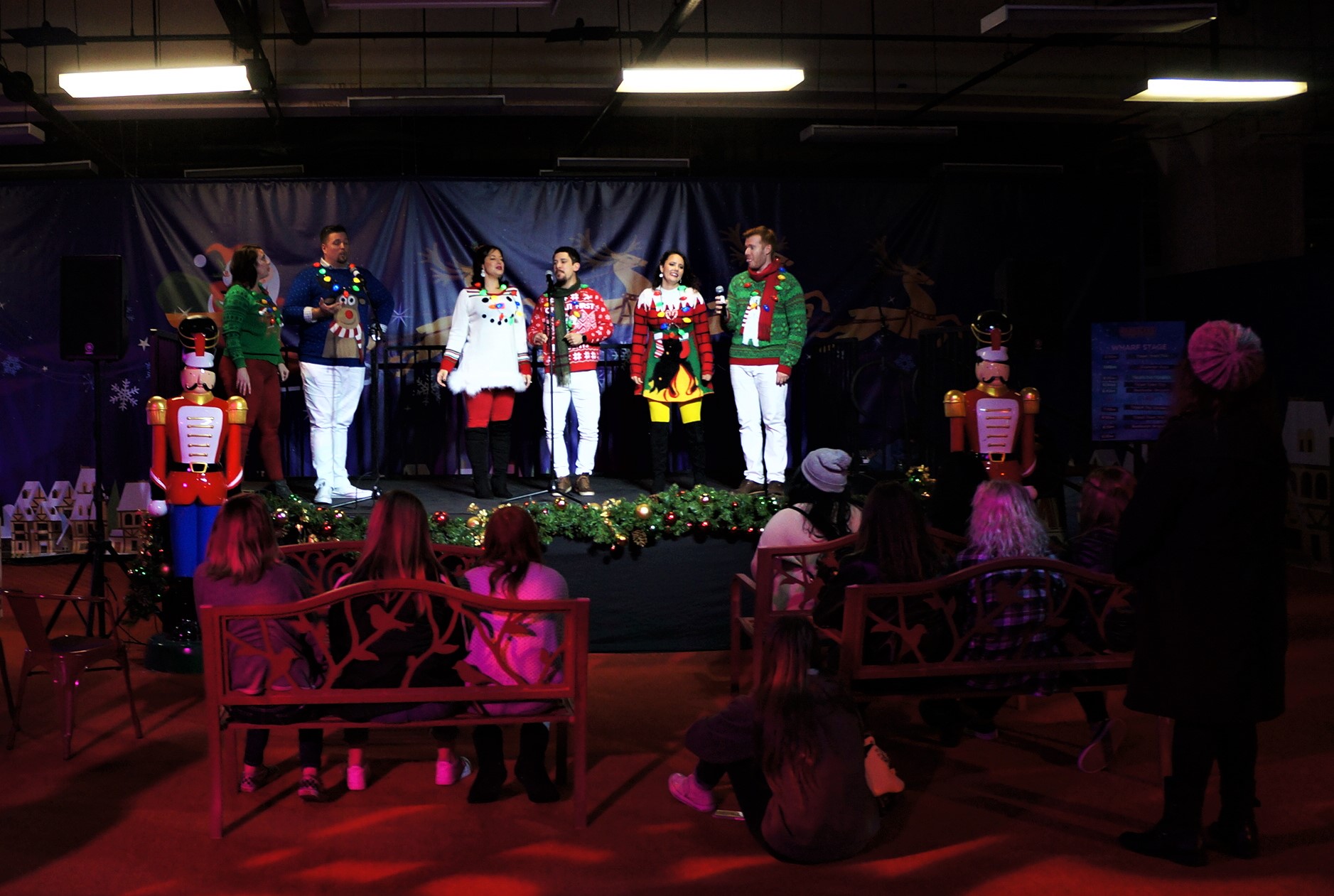 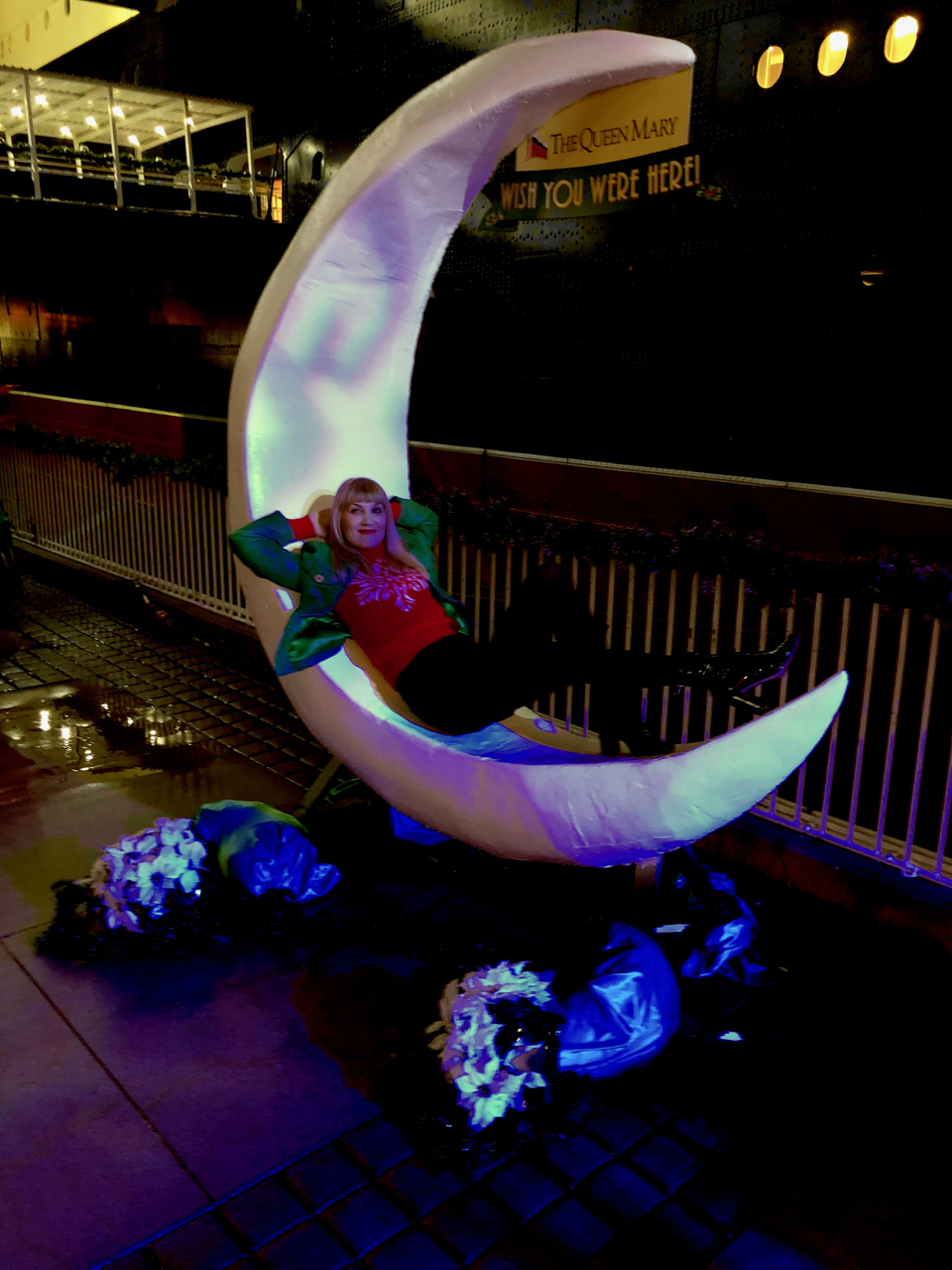 It’s Only a Paper Moon (photo by Angie Richardson) 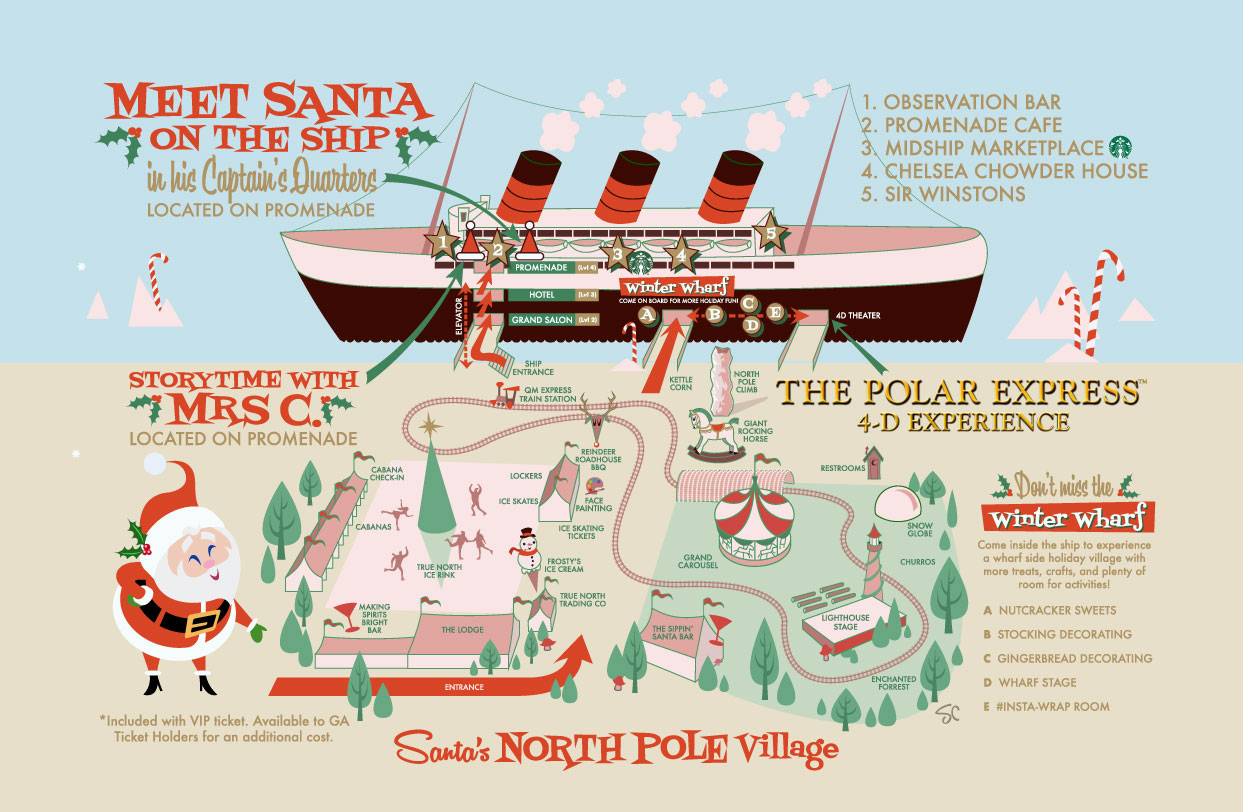 Nikki Kreuzer has been a Los Angeles resident for over 30 years. When not working her day job in the film & TV industry, she spends her time over many obsessions, mainly music, art and exploring & photographing the oddities of the city she adores. So far she has written 110 Offbeat L.A. articles, published at the Los Angeles Beat. As a journalist she contributes regularly to LA Weekly, Blurred Culture and The Los Angeles Beat and has also been published by Oddee.com, Twist Magazine, Strobe and Not For Hire. Nikki is also a mosaic artist, radio DJ and published photographer. Her photography has been featured in exhibit at the Museum of Neon Art, in print at the LA Weekly and is part of an upcoming show at the Neutra Museum in Los Angeles. She has recorded with the band Nikki & Candy as bassist, vocalist and songwriter, directing and appearing in the 'Sunshine Sunshine Santa Claus' music video for the band. She co-hosts the monthly radio show Bubblegum & Other Delights on Dublab.com. Her acting credits include a recent role in the ABC-TV show 'For The People', 'Incident at Guilt Ridge', 'Two and a Half Men', the film 'Minority Report' and 'Offbeat L.A.', a web series, written and hosted by Nikki Kreuzer. Her writing, radio and video portfolio can be found at OffbeatLA.com, her photography work @Lunabeat on Instagram and her music history posts @NikkiKreuzer on Twitter. Find Nikki & Candy music on iTunes, Amazon or at NikkiandCandy.com.
View all posts by Nikki Kreuzer →
This entry was posted in Attractions, Offbeat LA. Bookmark the permalink.

One Response to Offbeat L.A.: Finding the Spirit- A Queen Mary Christmas