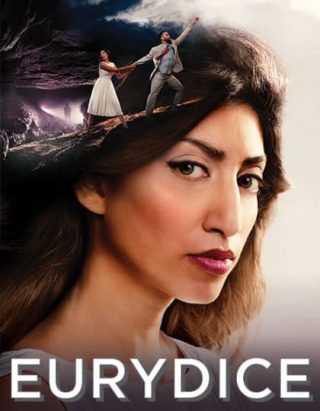 From February 1st through 23rd, LA Opera will present the world premiere of Matthew Aucoin’s opera Eurydice, co-commissioned by the company and the Metropolitan Opera in New York. Sarah Ruhl adapts the libretto from her play of the same name, based on the Greek myth of Orpheus and Eurydice. The Opera has also programmed an entire festival, Eurydice Found, around the event, with programs taking place at partner institutions around Los Angeles including a staged reading of Ruhl’s play at the Getty Villa on February 22nd.

The legend of Orpheus and Eurydice has been irresistible to artists of all stripes throughout the ages, and is strikingly popular at the opera: Jacopo Peri’s Euridice, from 1600, is the oldest opera whose complete store still exists, and at least three of the dozens of other operatic re-tellings that have been staged over the centuries–Monteverdi’s L’Orfeo, Gluck’s Orfeo ed Euridice and Offenbanch’s Orpheus in the Underworld are still part of the standard repertoire, and several others are being presented as part of the festival, including Charpentier’s The Descent of Orpheus to the Underworld to be performed by the UCLA Herb Alpert School of Music on February 29 and March 1. While most iterations of the tale put the spotlight on Orpheus and his epic journey into the underworld to reclaim his lover from Hades, Ruhl’s version is told from Eurydice’s perspective.

Soprano Danielle de Niese sings the lead. Her credits include appearances at many of the world’s most prestigious opera houses, including the Met, Covent Garden, and the Glyndebourne Festival. The cast also includes baritones Rod Gilfry as the Father (in the mythic tradition the god Apollo) and Joshua Hopkins as Orpheus. Hades is portrayed by tenor Barry Banks, in a reversal of operatic convention that has the baritone singing the obviously diabolical role. The composer conducts, with the chorus under the direction of Grant Gershon.