A Busy Month at Disney Hall 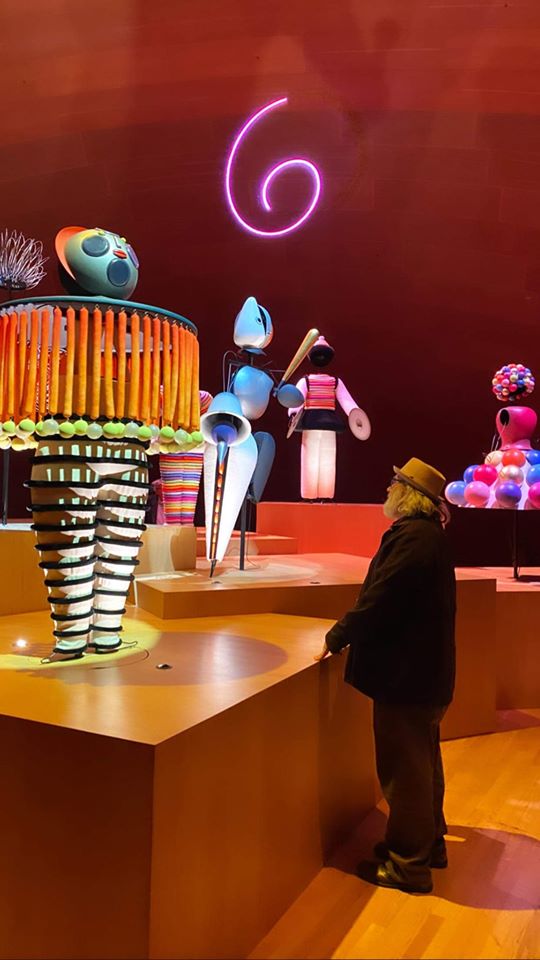 Disney Hall has been busy so far in 2020, with no let up in sight between now and when the Hollywood Bowl season begins in June. Recent highlights have included Esa-Pekka Salonen leading the LA Philharmonic’s exploration of the art and music of the Wiemar Republic, an intimate recital with the astounding Yuja Wang and the Los Angeles Master Chorale’s presentation of the film Sunrise: A Song of Two Humans with a new score by composer Jeff Beal. Gustavo Dudamel returns this weekend to lead the Phil through several concerts devoted to the music of Dvořák and Ives before embarking on the ambitious Power to the People festival in March, and the venue also hosts recitals by Wayne Marshall on the pipe organ on Sunday, February 23rd and pianist Hélène Grimaud on the 26th to round out the month.

Yuja Wang’s recital on February 18th was nothing short of mesmerizing. Taking the stage in a long, glittering gown and very high heels, Ms. Wang displayed intensity, sensitivity, a strong sense of dynamics and a wing span that would be the envy of a WNBA player as she powered through two sets of virtuoso solo piano. The program was well paced and musically diverse, ranging from the classicism of Bach and Brahms, through the impressionism of Ravel and the rhythmic mazurkas of Chopin. In what may have been either a nod to the ongoing Eurydice Festival or pure serendipity, her final encore was the “Dance of the Blessed Spirits” from Glück’s opera Orfeo ed Euridice.

The second of the Salonen-led programs performed as part of the Wiemar festival was a riveting evening of musical theater, featuring three staged works, one by Hindemith and two by Brecht and Weill; the Philharmonic was augmented on this occasion by several vocalists, actors and the Los Angeles Master Chorale. The concert begin with Hindemith and librettist Oskar Kokoschka’s “Murderer, Hope of Women,” a one act allegory full of lust, violence and toxic masculinity that remains shocking a century later. Soprano Madeleine Bradbury Rance and baritone Christopher Purves embodied the struggle between man and woman with both physical and musical brilliance, as the conductor led the orchestra through the darkness of the score. Brecht and Weill’s “The Berlin Requiem,” originally presented in the thirties as a radio broadcast, married haunting video imagery depicting the rise of fascism in Germany with Weill’s somber and powerful music and Brecht’s hard-hitting, acerbic lyrics. The closing work and centerpiece of the evening was the best known work of the three, 1933’s satiric ‘sung ballet’ “The Seven Deadly Sin.” Weill’s last work before emigrating to America and the end of his great collaboration with Brecht, the story of Anna’s journey from Louisiana through seven of America’s major urban centers to find success (and commit each titular sin) will be familiar to anyone who has read Nathaniel West or, really, spent any significant time amount of time around Hollywood Blvd. The role of Anna is compartmentalized into two figures, Anna I, who narrates and serves as the character’s superego, and Anna II, who dances and acts out her travails. Nora Fischer was vocally commanding and dramatically regal as the calculating Anna I, while Gabriella Schmidt portrayed Anna II’s picaresque of triumph and degradation with compelling physicality. Together, it was an illuminating concert full of uncomfortable relevance to our present moment.

Director F.W Murnau’s “Sunrise: A Song of Two Humans” took home three Oscars in the inaugural Academy Awards ceremony in 1929. The Master Chorale reintroduced it a week before the 2020 Oscars with a modern score by film composer Jeff Beal and somewhat metacritical libretto by his wife Joan, drawing largely on the Song of Solomon and other classical texts. The film holds up well; though reflective of its time and the conventions of silent film–the audience at times tittered as the silent actors over-emoted to compensate for their lack of dialog–the story of temptation and redemption remains relevant, and Murnau’s expressionist style still seems fresh. Musically, the new score was a delight, and the featured soloists–sopranos Holly Sedillos and Suzanne Waters and tenor Michael Lichtenauer–all gave strong performances, as did the entire chorale. The group will continue to collaborate with both the Philharmonic and LA Opera throughout the rest of their seasons, with the next production of their own being two performances of Faure’s Requiem on March 28th and 29th.

This entry was posted in Art, Miscellanious, Music. Bookmark the permalink.