‘Hollywood Chamber of Commerce’ Proclaims ‘Sid and Marty Krofft’ to Receive 2,687th Star on the ‘Hollywood Walk of Fame!’ 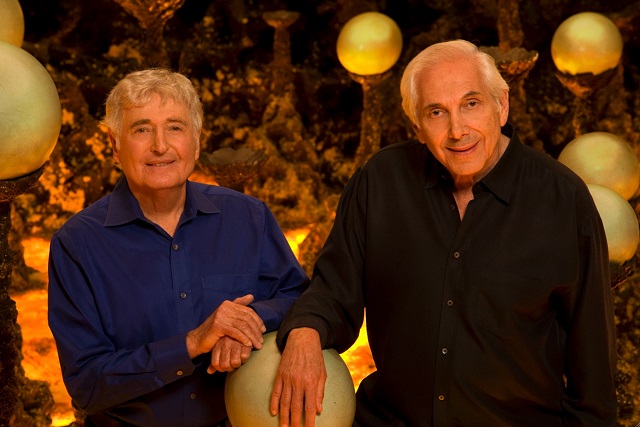 On the morning of Thursday, February 13, 2020, Hollywood Blvd. is going to get a whole lot more colorful and kid-friendly as the creators of one of the most unique and innovative children’s television shows will be honored with their very first star on the Hollywood Walk of Fame. Best known as the driving force behind the likes of H. R. Pufnstuf and The Krofft Supershow, the inevitable star dedicated to puppeteer/producing duo Sid and Marty Krofft is long overdue!

The ceremony is set to take place in front of the aptly named (70s sounding) Funko Store at 6201 Hollywood Blvd is scheduled to commence at 11:30 a.m. Pacific Time. On hand to assist The Hollywood Chamber of Commerce in hosting the event: Emcee Rana Ghadban, President and CEO of the Hollywood Chamber of Commerce, Beverly D’Angelo, and Greg Garcia along with three Brady Bunch cast members: Maureen McCormick, Christopher Knight, and Susan Olsen rounding out the fan faring celebratory crew!

Having put forth quirky albeit quality TV programming for over 50 years, the ceremony bestowing the Hollywood Walk of Fame’s 2,687th Star, is certainly one which, will no doubt dazzle as glitteriffically as Captain Kool and the Kongs’ most resplendent Rhinestone jackets!

Oh and if you are unable to attend, fret not! The Hollywood Chamber of Commerce has made the entire event available via simulcast at www.walkoffame.com 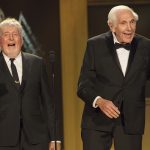 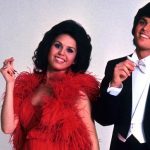 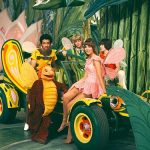 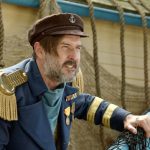 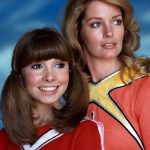 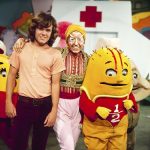 Rising to renown appeal in the funky 1970s (from which sprung the invention of Captain Kool and his crew of Kongs) the Krofft Brothers delighted audiences young and old (and most probably themselves) with fantastical Television programs such as: H.R. Pufnstuf, The Bugaloos, Lidsville, Land Of The Lost, Sigmund & the Sea Monsters, Pryor’s Place (starring Richard Pryor),  Far Out Space Nuts, Lost Saucer, The Krofft Supershow, Wonderbug and Bigfoot, Electra Woman & Dyna Girl, and Bigfoot & Wildboy.

Pertaining to Prime Time, their greatest hits include both the comical, to downright caustic by way of: The D.C. Follies (encompassing political satire featuring life-sized puppets depicting everyone from Richard Nixon to Arnold Schwarzenegger,) The Donny & Marie Show, The Brady Hour, and Barbara Mandrell & the Mandrell Sisters, each of which remained the top ten favorites for the totality of their runs.

But TV was not their only milieu. Live showmanship was Sid’s original forte as he cut his very own teenage teeth as a world-class puppeteer for The Ringling Brothers Circus Side Show. Billed as ‘The world’s Youngest Puppeteer’ he would eventually strike out solo on his own world tour, only to eventually open for the likes of Judy Garland and Liberace.

Meantime, Marty who had been on the same brotherly page, puppeteer-wise, was also studying business. It was he who inspired Sid to co-create a company of their own catering not only to contemporary youth by puppeteering in the traditional sense, but also adults by way of their ensuing venture of the most ribald kind in the form of their first adult cabaret-inspired puppet show entitled Les Poupees De Paris! From there they would travel from the Seattle World’s Fair to the New York World’s fair eventually garnering the attention of Hanna Barbara who would then commission their assistance in the creation of The Banana Splits! 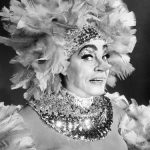 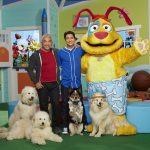 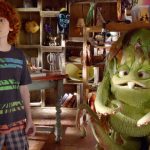 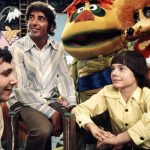 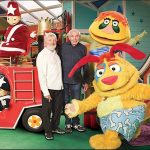 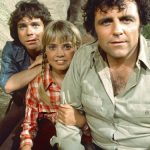 Aside from television and live shows, the penchant for amusement did not stop there. Prior to becoming the famous puppeteers we know today, the Brothers Krofft also served as creative directors for Six Flags as well as live show producers for park shows across the U.S. Their amusement career most chiefly flanked at the opening of the brothers’ World of Sid & Marty Krofft in downtown Atlanta, the very same, current, stomping grounds as that of CNN.

Awards and honors include: The 2018 Lifetime Achievement Emmy Award from The National Academy of Television Arts and Sciences.

To this day the Krofft brothers remain active on the heels of having generated thee new series and five pilots in the past three years. These encompass the two-time Emmy nominated Nickelodeon television series Mutt & Stuff, a recreation of the most singular and dynamic Electra Woman & Dyna Girl, which aired on Fullscreen from Legendary, and a revamping of Sigmund and the Sea Monsters, currently streaming on Amazon with David Arquette starring as Captain Barnabas. Other than that, and according to Krofft and Krofft, “The Best is yet to come!!!”

Ana Martinez, Producer of the Hollywood Walk of Fame had only this to say in conclusion: “Many of us have grown up with the popular shows of Sid & Marty Krofft. The brothers have made memories for many kids of all ages and will continue to do so for years to come. We are proud to add these memory makers to our Walk of Fame family!”

For more information, and to view the simulcast, visit: www.walkoffame.com

Jennifer K. Hugus was born at a very young age. At an even earlier age, she just knew she would one day write for the LA Beat! Having grown up in Massachusetts, France, and Denmark, she is a noted fan of Asian Cuisine. She studied ballet at the Royal Danish Ballet Theatre and acting at U.S.C. in their prestigious BFA drama program. She also makes her own jewelry out of paints and canvas when she isn’t working on writing absurdist plays and comparatively mainstream screenplays. Jennifer would like to be a KID when she grows up!
View all posts by Jennifer K. Hugus →
This entry was posted in Miscellanious and tagged Beverly D’Angelo, Captain Kool and the Kongs, Christopher Knight, Donny and Marie Show, Electra Woman & Dyna Girl, Far Out Space Nuts, Greg Garcia, H.R. Pufnstuf, Hollywood Chamber of Commerce, Land of the Lost, Lidsville, Marty Krofft, Maureen McCormick, Mutt & Stuff, puppeteers, puppets, Rana Ghadban, Sid and Marty Krofft, Sigmund and the Sea Monsters, Susan Olsen, Syd Krofft, The Banana Splits, The Brady Bunch, The Brady Hour, The Bugaloos, Walk of Fame. Bookmark the permalink.